Living and loving where you work 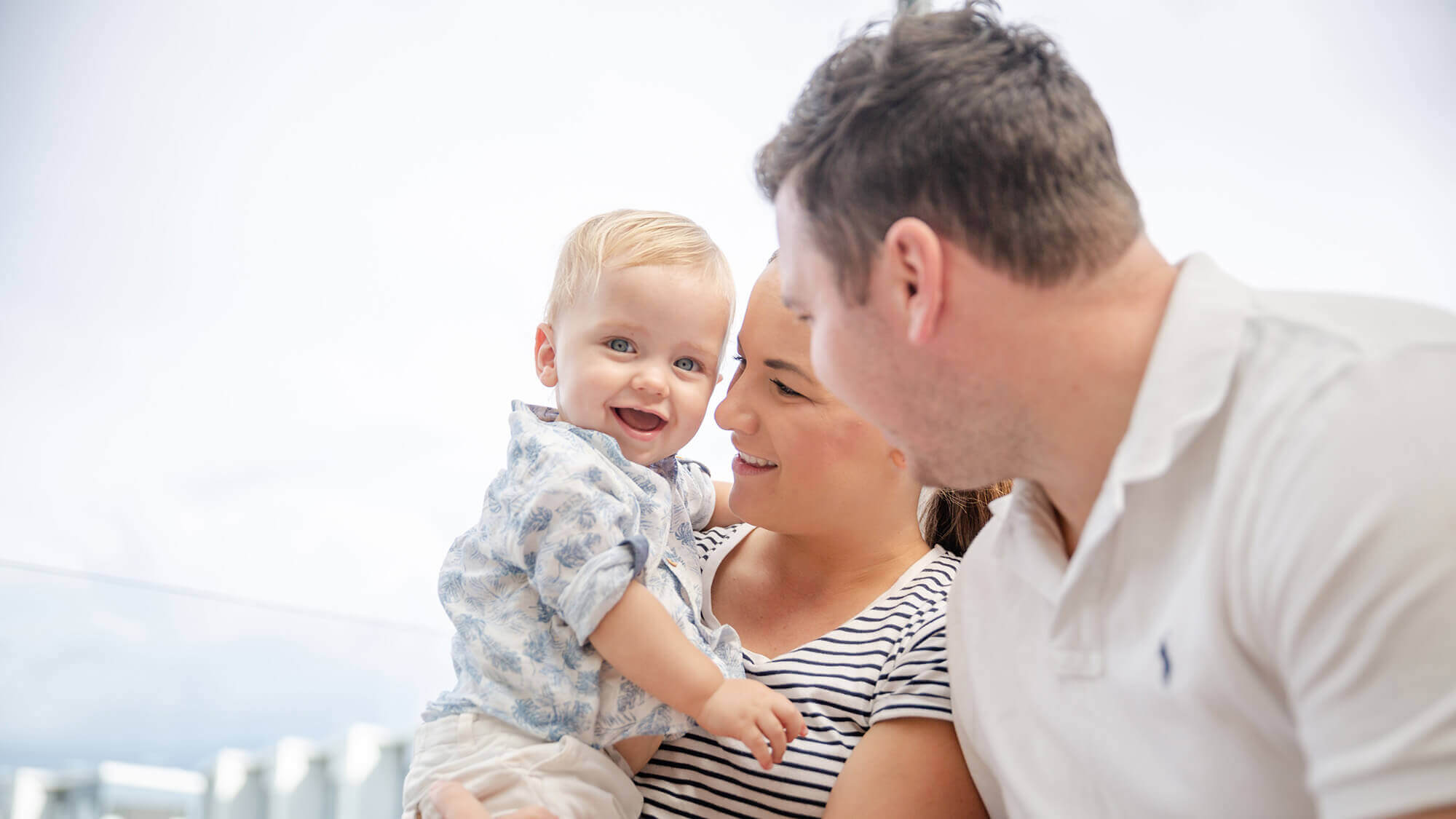 Many are quick to warn against blurring the lines between one’s private and professional life by working where you live. Perhaps they prefer to avoid running into their co-workers after hours, or maybe they’re just not fond of the neighbourhood they work in. But when co-workers are family, and the neighbourhood you work in is reminiscent of the communities of yesteryear - where children rode their bikes in quiet leafy streets and dropping by a neighbour’s place for a cup of coffee required no invitation - it’s not all that bad. In fact, for these business owners, working just a stone’s throw from home has transformed the 9-to-5 schlep into a delightful balance of work and home life. 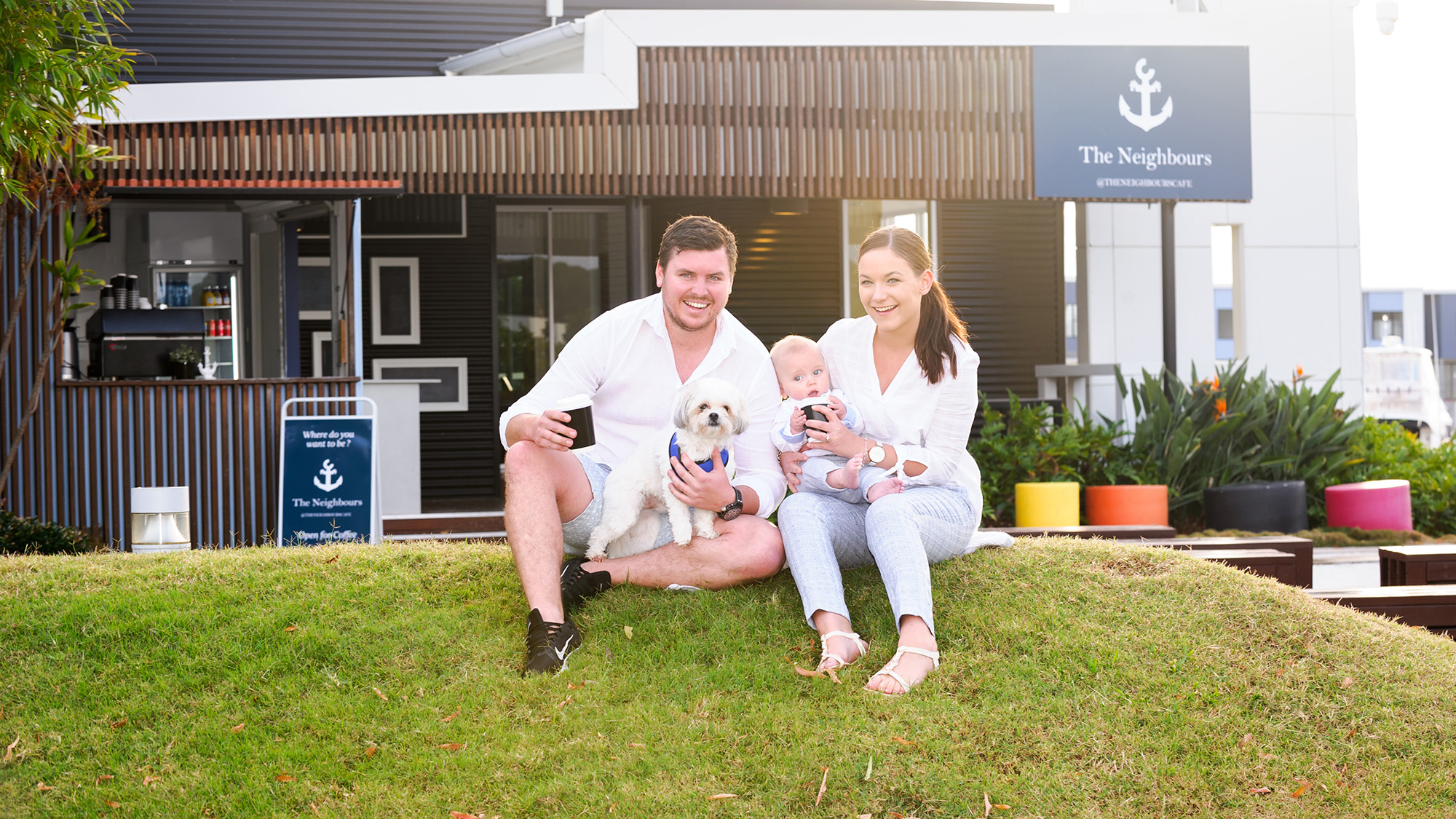 It’s been more than five years since Olivia and Jamie McCrea traded their respective careers in real estate and plumbing for days spent driving up and down the Gold Coast in search of the perfect place to build their first and – hopefully – forever home. Their moment finally came after six months of searching when they stumbled upon Cova, at the time a relatively new Frasers Property community on idyllic Hope Island, QLD.

For the young couple, picking the perfect spot was about more than just finding the best price or the smartest investment; it was about putting down roots somewhere where they would be proud to raise their future family. “We really saw the vision of it,” says Olivia. “We were moving up and we knew no one here, so we really needed to have that community support behind us.”

In late 2018, the couple fulfilled a long-standing dream when they opened The Neighbours café onsite at Cova. “My family has always been in the food industry, so we knew we definitely wanted to open something one day,” says Olivia, “But it was really our street community that crystallised things. We would have barbeques out the front and everyone would bring their chairs, and we would always say, ‘how nice would it be to do this on a bigger scale?’ That’s how the name came about – The Neighbours.”

Since opening in October 2018, The Neighbours café has become a Cova institution, providing local residents with far more than their morning caffeine fix. “We’ve found that people are meeting through the café,” says Olivia. “A lot of the people who are now moving into the new townhomes are coming from interstate and they don’t know anyone, just by a conversation they’re now starting to make friends. The earlier Cova residents also use the café as their Saturday catch up. They just know that at 7:30am every Saturday or Sunday they’ll all be there.”

With one-year-old son and official café mascot Patrick in tow, the value of being able to see the roof of your home from the place that you work has never been more apparent. And the achievement of owning both a home and a business at such a young age is certainly not lost on the couple. “It’s surreal really, I think we still pinch ourselves,” says Olivia. “We’re living the dream right now, there’s nothing that we wanted to achieve that we haven’t. There’s lots of little exciting things up our sleeves that we want to do, but I’d be quite content doing this forever.” 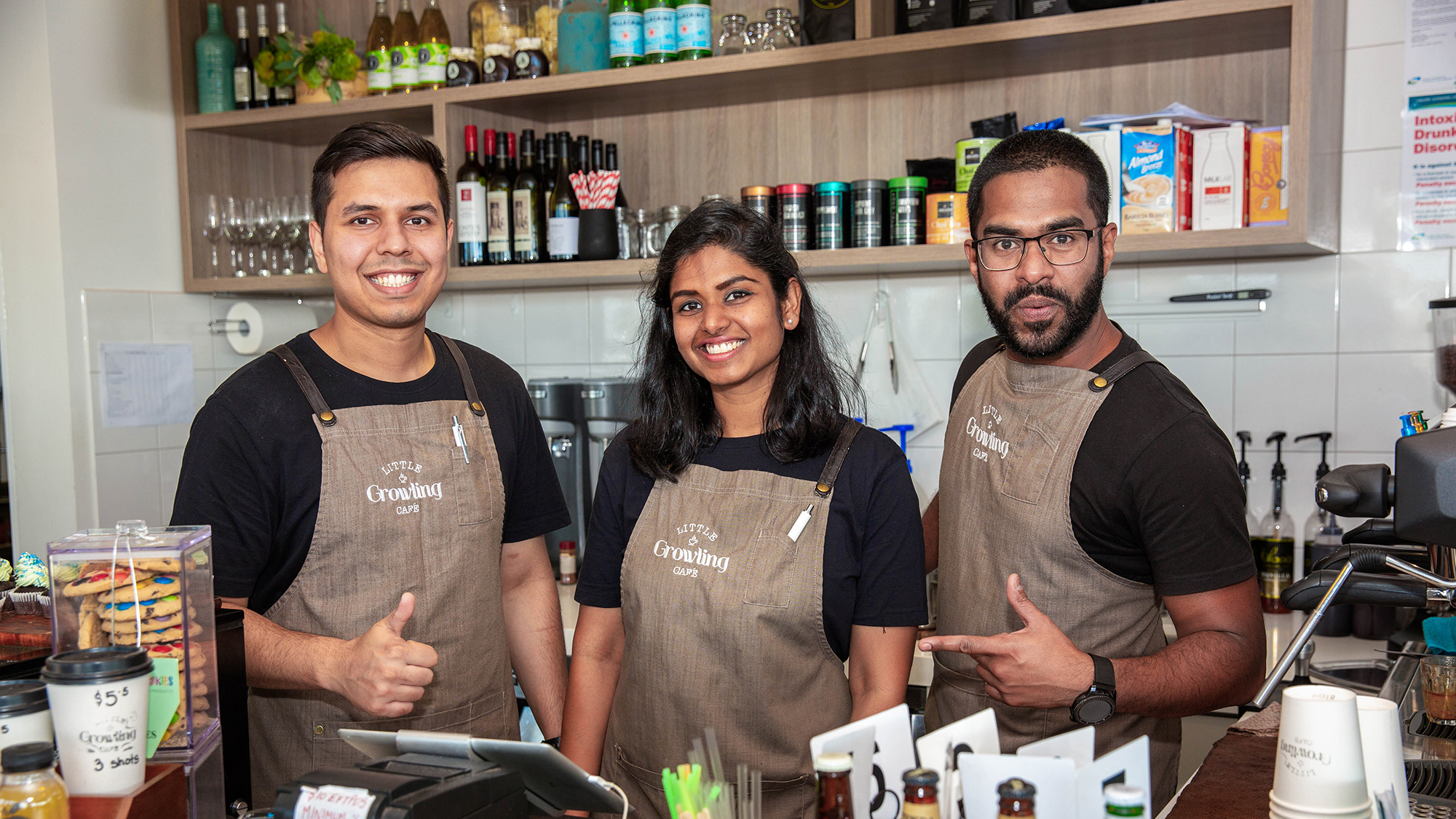 For Rashi and Divyang Dhagat, the owners of Little Growling Café at The Grove, a Frasers Property community in Tarneit, VIC, closing the gap between work and home has created a new closeness in their relationship. Just a few weeks after opening the café in late 2018, the couple quickly realised that they couldn’t sustain their daily three-hour commute from their rental property in Epping. They immediately began searching for a property close by and within a few weeks, they were Tarneit locals.

“It’s like a dream, we’re just two minutes’ drive away,” says Divyang. “I can go back home for breakfast or lunch whenever I want to. It’s like getting my life back.” The move also afforded the couple enough energy to extend their trade to seven days a week. “The café was previously closed on Mondays but because we are so close, we have the energy to work harder and are able
to keep it open longer.”

And while some couples shudder at the thought of turning their life partner into their business partner, Rashi and Divyang love being able to spend more time together. “Normally if you work on weekends or evenings then you have different hours to your partner, but here we’re together all day,” says Divyang. “We’re a team.” 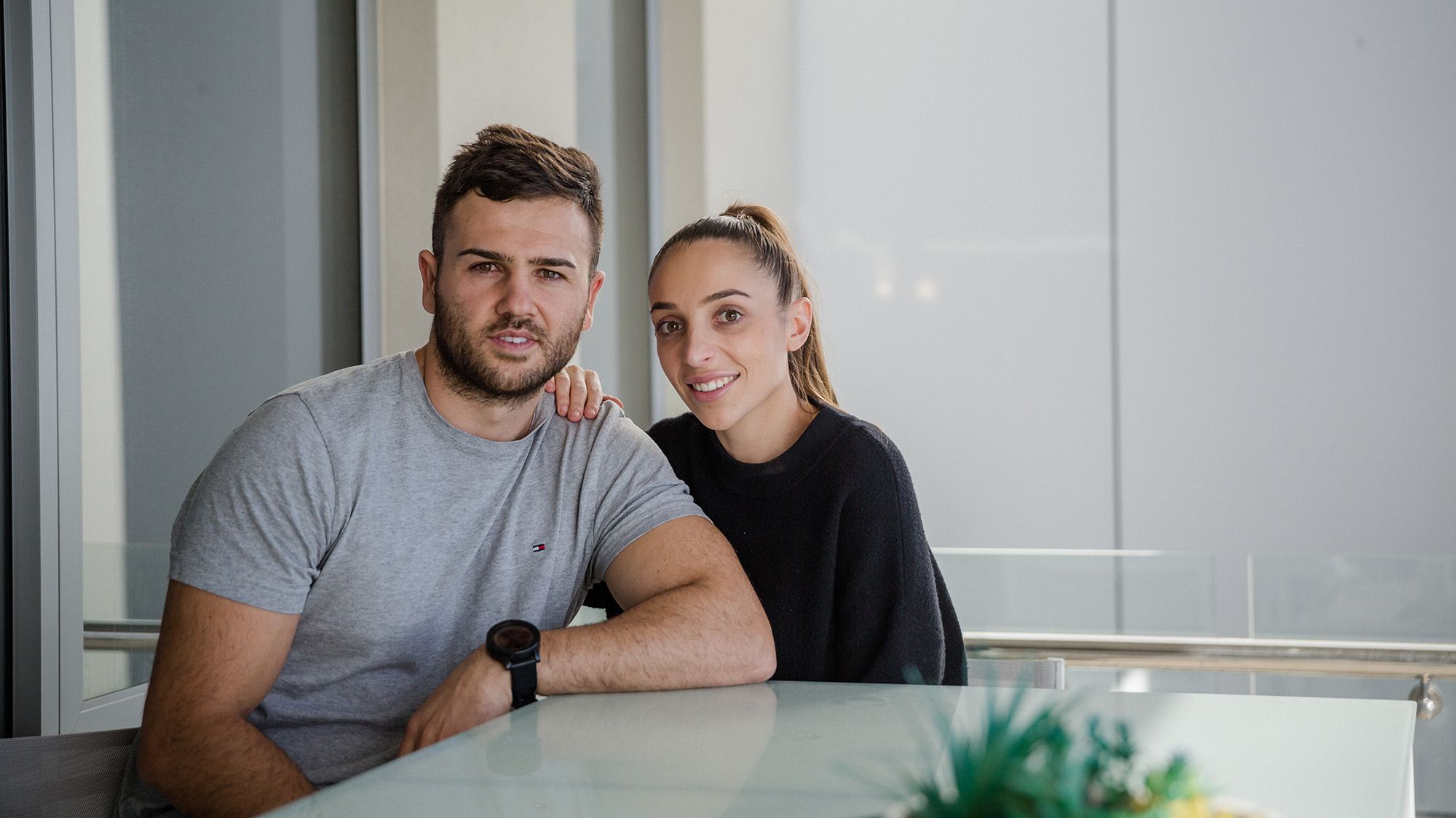 There are few people who know WA’s idyllic Port Coogee better than Ryan Mauricio. After spending several years with his parents in their Port Coogee home, Ryan decided to purchase not one, but two properties within the development, and together with wife Kelly recently opened CRU Health and Juice Bar. “Having lived here for a few years, I was able to notice the need for something a little bit different,” says Ryan. “I felt it was important to get in early so that as the area grows, the business can grow with it.”

As first-time business owners, Ryan and Kelly are grateful for the outpouring of community support they have received in their first days of trade. “People love to support locals. We had lots of people come in and say congratulations when we opened,” says Ryan. “We had lots of neighbours from our street show up. They feel more like friends and family than neighbours.”

It’s still early days for CRU, but Ryan and Kelly are looking forward to the future. “Kelly and I would love to have kids someday, so this is our family home,” says Ryan. “Once we have kids it’ll be great because we can just walk to the beach and the shops. And having the juice bar around the corner is so easy. We don’t even have to jump in the car really, we can just walk down or even hop on the bike. I’ve seen a lot of growth in the community and there’s a lot more to go, so I can’t wait to see how it will look in 10 years’ time.”