Georgia Rose is about to set the standard for dining on the South Coast and has recently opened their doors.

Open from 7am for coffee until late, this is a venue that will offer it all – it’s sophistication, signature drinks and locally sourced craft beer. From the fit-out to food, every element has been considered bringing you a menu and experience that is just the right mix of class and quirky.

This week we caught up with two of the creatives responsible for bringing this space to life.

Francisco is an artist with impeccable detail, while Becci was the visionary who designed it right down to the upcycled Saxophone barware.

I moved to Australia from Chile in 1976 and worked the Steelworks’ number five blast furnace, but I always drew; I love to draw faces.

Many years after I left BHP, a former colleague told me he was opening a restaurant on Keira Street; he knew I could draw, and he wanted me to come and look at two blank white walls.

It was a big space, and I didn’t know what I was doing, but I decided to draw Santorini, Mykonos. Oh, it was beautiful. I did it without much preparation; I can draw, I drew it all, two long white walls, but it was the first time I’d ever painted. It was fantastic. All blue on white. Wall to Wall. It was so popular and the first of its kind.

I learnt so much, too; I am always learning. I used to take too long, but I’ve learnt proportions and process, and when you’re working on big projects like murals, you need to know where to start and how to make it scalable.

In 2010 my beautiful wife had a stroke and I stopped everything to care for her until she passed away in 2017. My first job back after that time was a mural at Manjits in Wollongong, a painting dedicated to my wife.

I went on to do three more at Manjits; I painted a mural at Samaras, and from there, I started work at the Builders Club, where I met the New England building team who are now working at Shell Cove.

I started at Shell Cove in August just with bits and pieces, now I am here almost 12 hours a day, every day, but I love it – and they’re long days for a man my age; I’m 73 in two weeks! It’s busy, but I love it, Andrew has been great to work with, and it’s been exciting to see it all happen. It’s going to be incredible; Shell Cove is so lucky.

The columns at Georgia Rose are my favourite. They’re so intricate but all so different. I had a lot of fun painting these. The mural of Georgia Rose is something I’ve never done before as they wanted to add the floral hair, and at first, I didn’t think it would work, and I really wasn’t sure what was going to happen, but Lauren worked non-stop on it, and it looks incredible.

So many people are walking past the glass to see her, I can’t wait until they can come in and really see it. 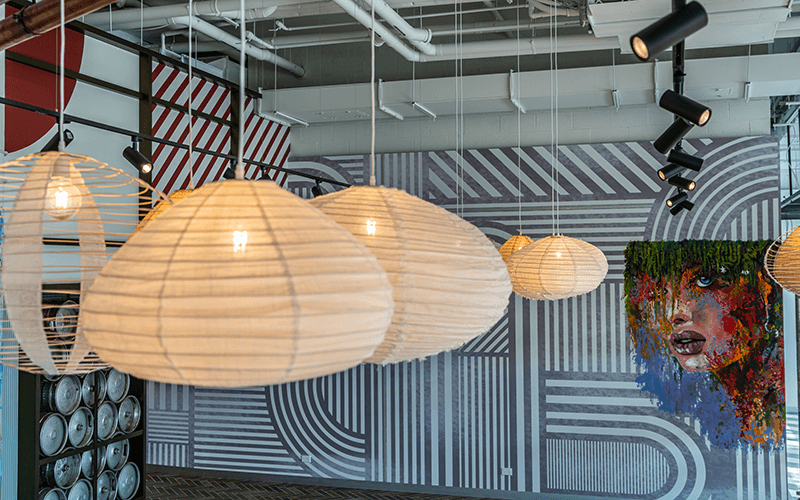 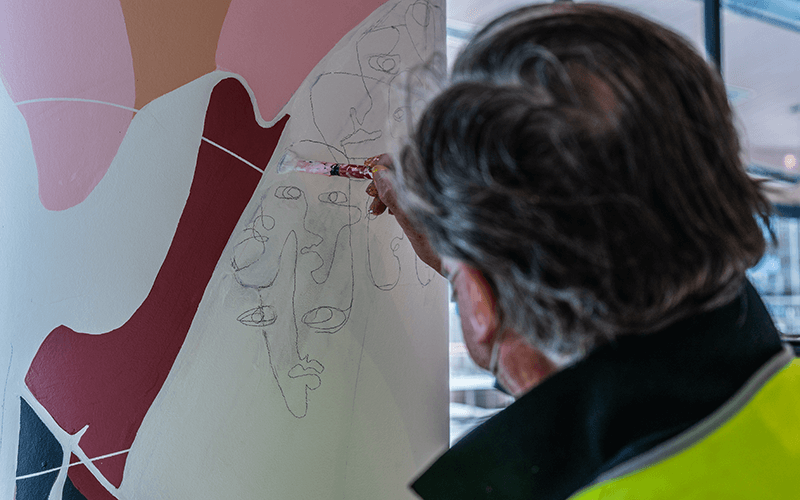 I worked with Andrew on a previous project and we just connected. I’m straightforward and I think he appreciates that honesty. In the hospitality industry, it’s really about finding design support that’s fluid, and strict processes often don’t work.

I was asked to help him initially for Shell Cove on the tender for the Tavern, and that was an excellent opportunity for me and something I’m grateful to have played a part.

From the very beginning, Andrew and Joel wanted to create a hospitality experience not available anywhere else. We saw lots of opportunity in the Inner West - an emerging small bar scene that was eclectic and had flair. This was especially the case for Georgia Rose, while The Salty Squid was trying to shake the cookie-cutter mould of your traditional fish and chips with something a little more fun.

Georgie Rose was always an opportunity to showcase the artisans of hospitality and design, I see and have always believed interior design is just the connective tissue. As a designer, we rely on these artisans to bring something 2D to life, it can be nauseating at times, but it’s an unbeatable feeling when it works. That moment where you can actually feel the space around you.

There has been a natural evolution within hospitality design too.

The Instagram effect, if you will, has heavily influenced how businesses operate, and once upon a time, a hero shot was enough, that one place people would come for that picture, but now, that’s not enough. 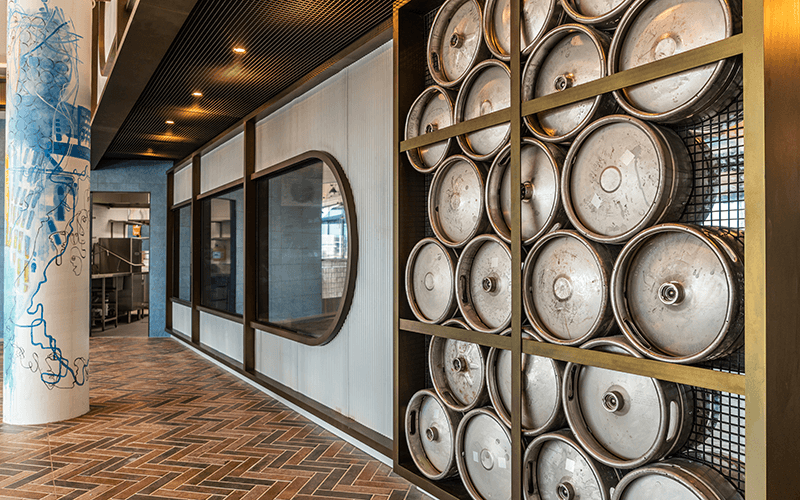 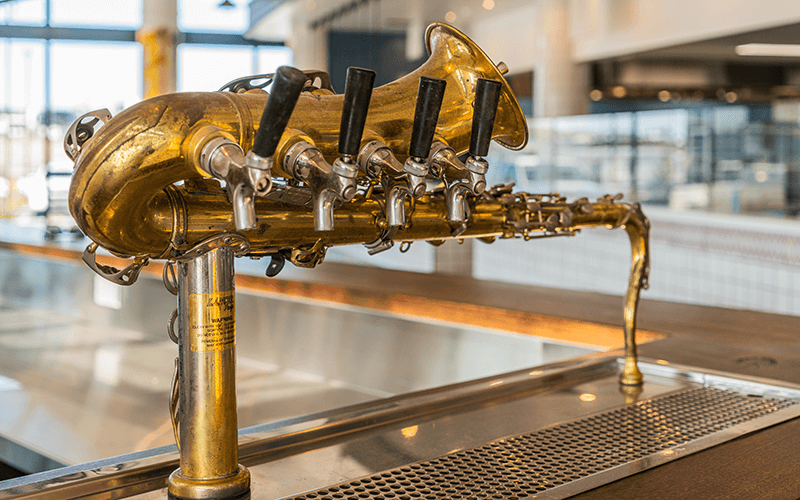