Shell Cove 30 years in the making 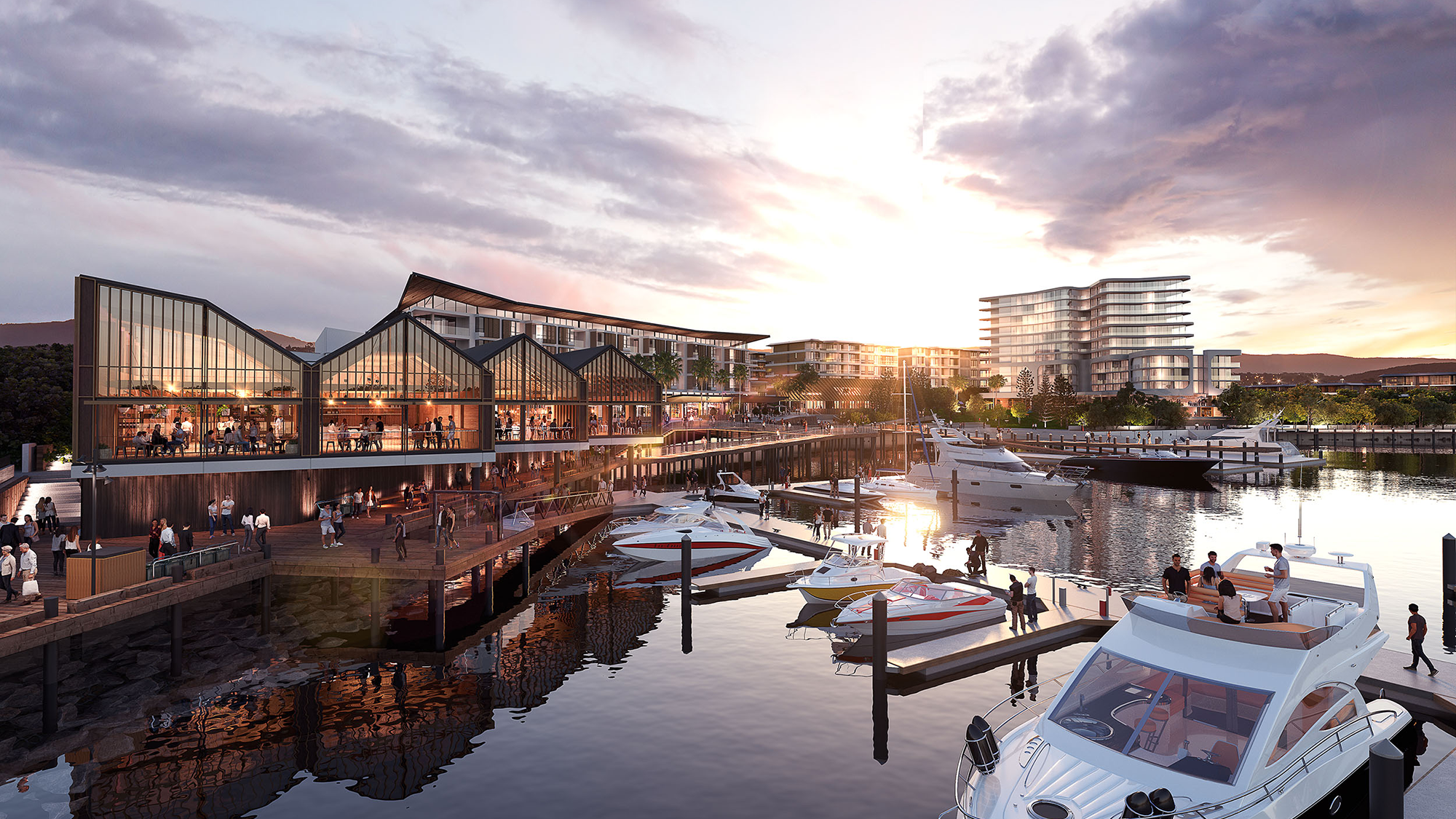 To visit the South Coast town of Shellharbour and nearby Waterfront Town Centre today is to experience a diverse and active community, buzzing with anticipation of the future marina. But getting to this point hasn’t been easy. In fact, it’s taken more than 30 years of hard work to get here.

Feasibility studies from the ‘70s and ‘80s had determined the Illawarra region an ideal place for a boat harbour and marina, and it was felt that this would stimulate leisure tourism and economic development, not to mention enhance liveability and amenity for locals. And so began the largest public / private joint venture between local government and a property developer in Australia. The project, jointly developed by Shellharbour City Council and Frasers Property Australia, was christened Shell Cove.

Today, Shell Cove is a local success story. Approximately three-quarters of those who have bought property at Shell Cove and 85% of those working on the project hail from the local community, while the shops, cafés, and businesses in the town centre are staffed with people from the area.

At the heart of Shell Cove’s final stages of development is the newly opened Town Centre which, along with the highly anticipated future marina, will well and truly put the Shellharbour region on the map. Boasting a Woolworths supermarket and BWS, bakery, ice creamery, dentist, barber, cafés and a restaurant, the Town Centre has quickly become the heart of Shell Cove. Additional shopping, harbourside dining, a boutique hotel, community centre and library, boardwalks, parks, play areas and a foreshore kids’ beach will round out the precinct once completed, making Shell Cove much more than just a great place to live and work, but a destination in its own right.

Of course, a development as large and long-term as Shell Cove comes with multiple stakeholders and its fair share of complexities. So how did the company in charge of managing a project of this scale balance the goals of a local Council with a vision of bringing economic development to the area with the needs of a proud and passionate local community motivated to preserving the character of their beloved Illawarra region?

Any project that spans decades is going to have to be flexible with changing circumstances. As Development Director Glenn Colquhoun puts it: “Things change. People change, the market changes, best practice changes. You have to build in flexibility, so you can continue to deliver something that’s attractive over the long-term.”


Case in point is housing affordability. Increasing land and infrastructure costs as well as a rapidly growing population has put pressure on people’s ability to buy a home. In response, the quarter acre block of yesteryear has given way to a mix of densities that provide room for a range of buyer types to access the Great Australian Dream. The introduction of smaller-footprint typologies like townhomes and apartments at Shell Cove has broadened the development’s appeal, while addressing the changing way we live today.

This has in turn created a need to rethink the way private and public domain work. Apartment dwelling is more attractive if you have high quality outdoor amenity to escape to – and so Shell Cove’s Waterfront precinct has been meticulously designed to provide a level of outdoor amenity that would be the envy of any capital city in the country. This itself has been a work in progress, with the details refined as the development edged closer to the water. Experts in architecture and urban planning brought in to design the precinct within recent years identified several opportunities to improve public domain outcomes. This included moving the Town Centre closer to the water’s edge so as to provide more points of access, including the harbourside tavern and eateries, kids’ beach, and floating platforms.

Concrete and steel are not enough 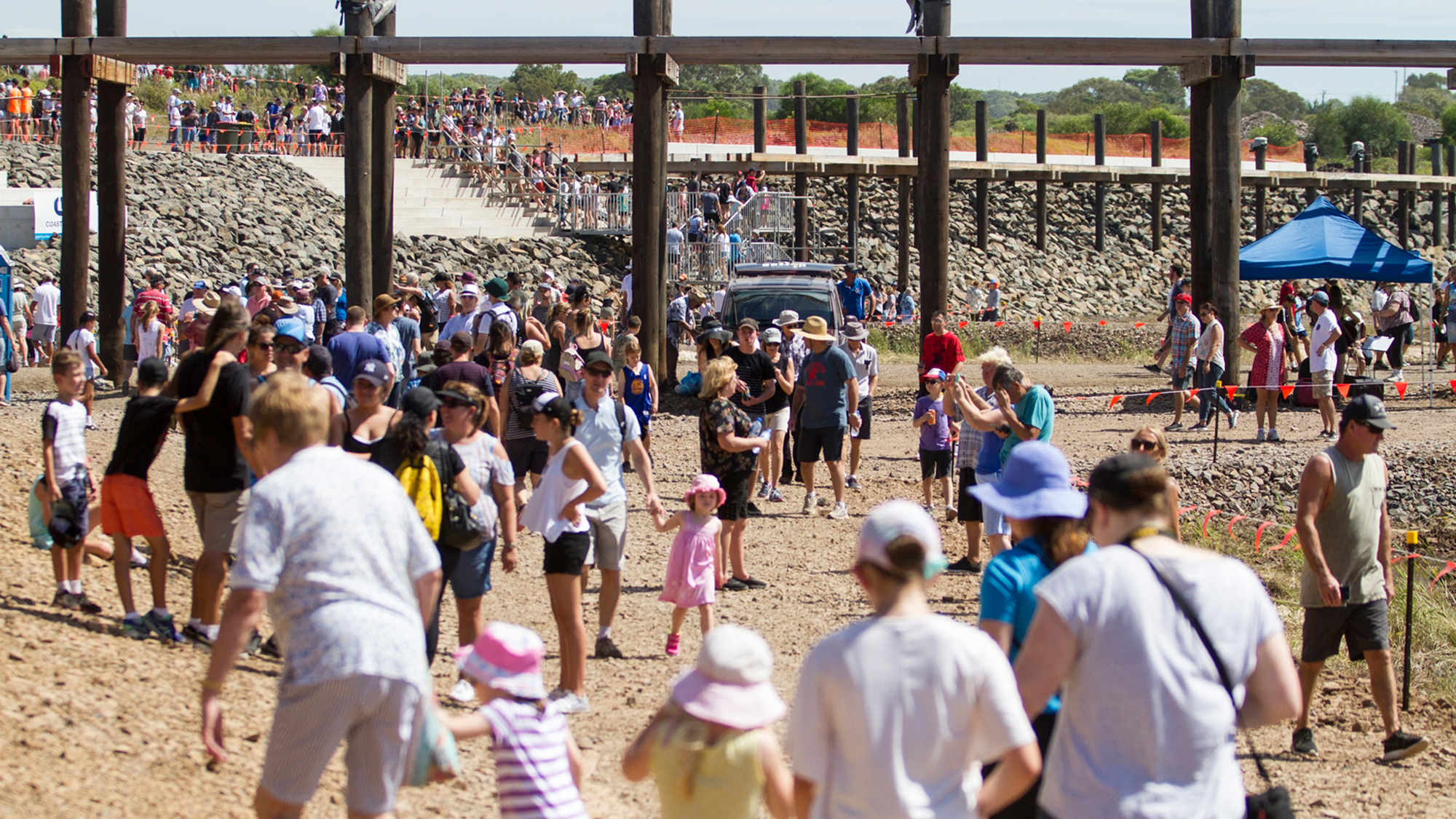 Even taking into account the need for flexibility, long-term success depends on one vital ingredient: community. Glenn Colquhoun explains that it’s not enough to build parks, shops, roads and houses – even deliver a world-class marina: “Those things are incredibly important, but human connection is what truly makes a community.”

Every new Frasers Property community in Australia has a dedicated Community Development Manager to facilitate neighbourly interactions by bringing people together. In addition to regular live entertainment within the Town Centre, over 20 community events and 30 classes and workshops have been held at The Waterfront, Shell Cove within the last 18 months alone, including a recent outdoor cinema that attracted over 1,000 locals, and the momentum is only building as construction continues to progress.

For many, after 30 years of anticipation, the vision for the new Shell Cove finally came to life at the community’s Bottom of the Harbour event in February 2018. The event gave more than 10,000 attendees a once-in-a-lifetime opportunity to walk the bottom of The Waterfront’s boat harbour before it is filled with water. Local residents, Council and media were all present to celebrate the historic event, which marked an important milestone in the mammoth construction timeline of the development.

Long-time resident Bill Miller, who was Shellharbour Chief Town Planner back when the Shell Cove project was first proposed to Council, attended the Bottom of the Harbour event and is impressed by the progress. “The harbour has been a long time coming,” says Bill, “but in my mind it has now been confirmed as having a true ‘sense of place’. I’ve been associated with Shell Cove from day one, and I am pleased to say it’s turned out to be of great significance to the whole Shellharbour City area.”

- Close proximity to both Shellharbour South Beach and Killalea Beach

- An extensive network of cycleways and walking tracks