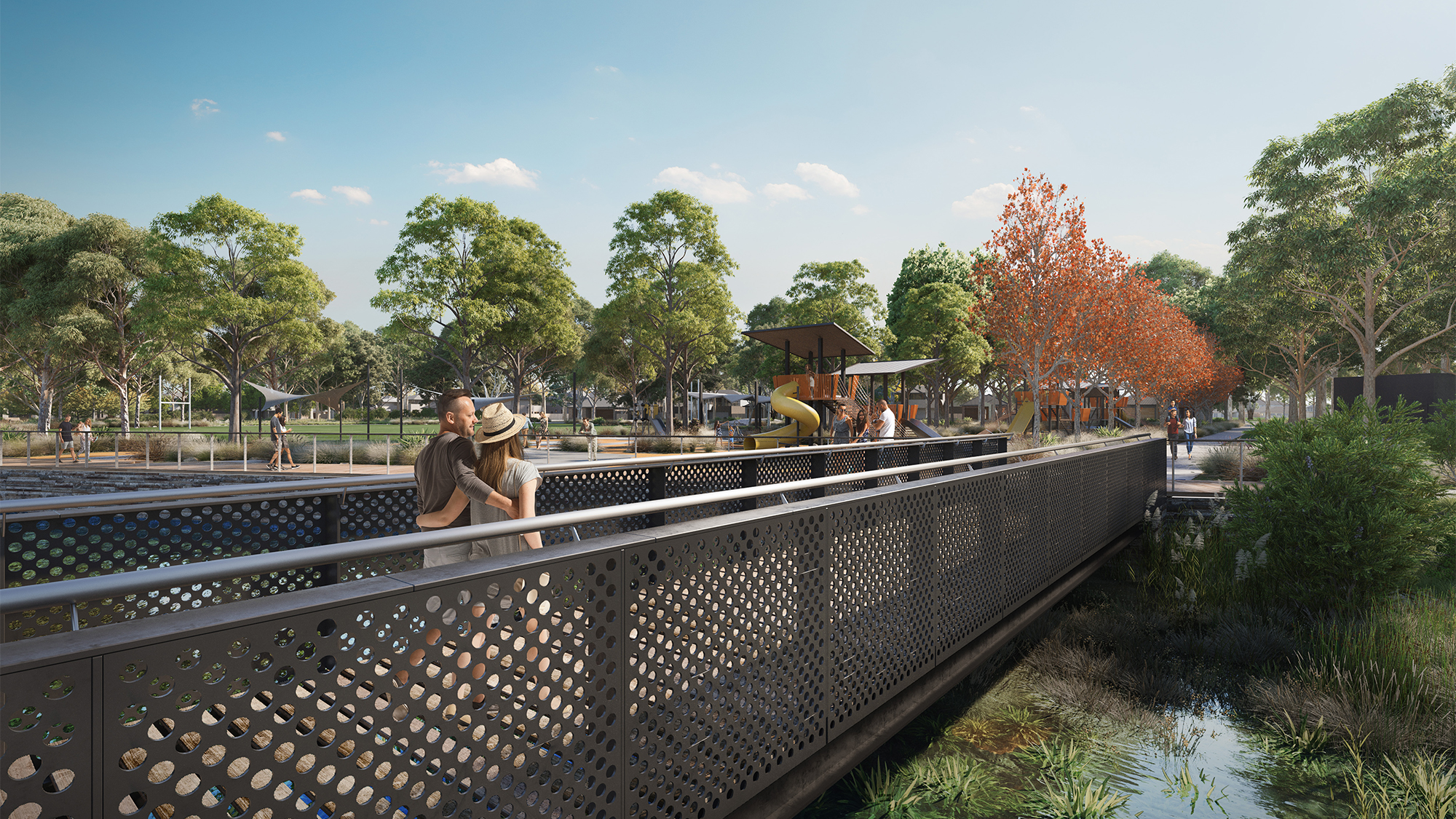 Mambourin is a new kind of community in Melbourne’s fast-growing western corridor, offering buyers easy access to essential amenities on their doorstep, 38km from the CBD.

For much of the 21st century, the convenience of living just moments from public transport, schools, shops, entertainment, parks and work has been a luxury reserved for those who can afford a home in the inner suburbs of a major capital city.

But with rapid population growth comes increasing urban congestion, pushing buyers to look to suburbs on the city fringes for the space and affordability they desire. And as buyers flock to outer suburban areas, developers are tasked with the challenge of building communities that offer more than just land lots for sale.

It’s a level of amenity that’s almost unprecedented in Australia’s outer-suburban areas, but one that is becoming a necessity as population and housing prices continue to climb. For Development Director, Penny Dabner and the rest of the team behind Mambourin, the ten year design and build will be an important learning curve for future developments.

“For a project of this scale and ambition, with significant infrastructure works, there’s a lot of work with state and local government to bring services on as early and as easily as we can,” explains Penny. “It’s always a balancing act as you grow a community, but I think among the great things we’ve been able to achieve so far is the fast-track on the wetlands, district park and the residents’ club. It means that as the first residents move in, they’ll have places to meet, play and relax without having to leave their neighbourhood.”

Along with hard infrastructure, there’s also the task of creating the soft infrastructure that is required to build a thriving community.

“With new developments like this one, by nature everyone is a stranger to this place and to one another,” says Penny. “Creating strong connections, identifying community leaders, and fostering community groups have such a big impact on the quality of life for our residents.”

Mambourin is one of five communities engaged in a pilot study with the City of Melbourne’s Resilient Melbourne Project, which—among other things—aims to test that involving residents in shaping their neighbourhoods can lead to stronger levels of community cohesion and resilience.

“I’ve been in the industry for 15 years now and creating a sense of belonging for customers has always been a focus, but it’s always been difficult to deliver because it’s less tangible than roads and services,” says Penny. “I think the big difference now is the focus and attention that it’s getting from the industry in a broader sense. Government and statutory authorities in particular are more cognisant.”

This change in industry has been driven largely by a new breed of customer that is highly educated and has expectations to match.

“We recognise that customers are quite mature in their demands for development, and we encourage people to think about affordability from a living perspective, not just from a housing cost perspective,” says Penny. “Communities where you can walk to and utilise a lot of free amenities are going to offer a more affordable lifestyle for families when compared with a community that might offer a lower price point for land but nothing more.”

Lalitha and Suman purchased a lot at Mambourin in early 2019 and say that for them, the lifestyle on offer at Mambourin reminded them of the way they grew up. “Moving to Mambourin was actually a collective decision with a few of our friends. The intention is really to create a community for our families and our kids,” explains Suman. “I remember when I was growing up, I was always playing outside with friends. We want our kids to be outside and active, not glued to their gadgets as soon as they get home.”

With two growing children and the increasingly busy lifestyle that goes with that, the close proximity of amenities was also a key drawcard for the young parents. “The home we’re currently in is fine, it’s good enough. But with the kids growing up we want more,” says Suman.

“The community at Mambourin has schools coming in, a railway station, swimming pools, a town centre—it has everything in a walkable distance which is really important for us.”

Lalitha and Suman are among hundreds of families eagerly awaiting the completion of their homes.

With the first residents expected to move in in early 2021, all eyes are on this ambitious mini-Melbourne.