First of its kind 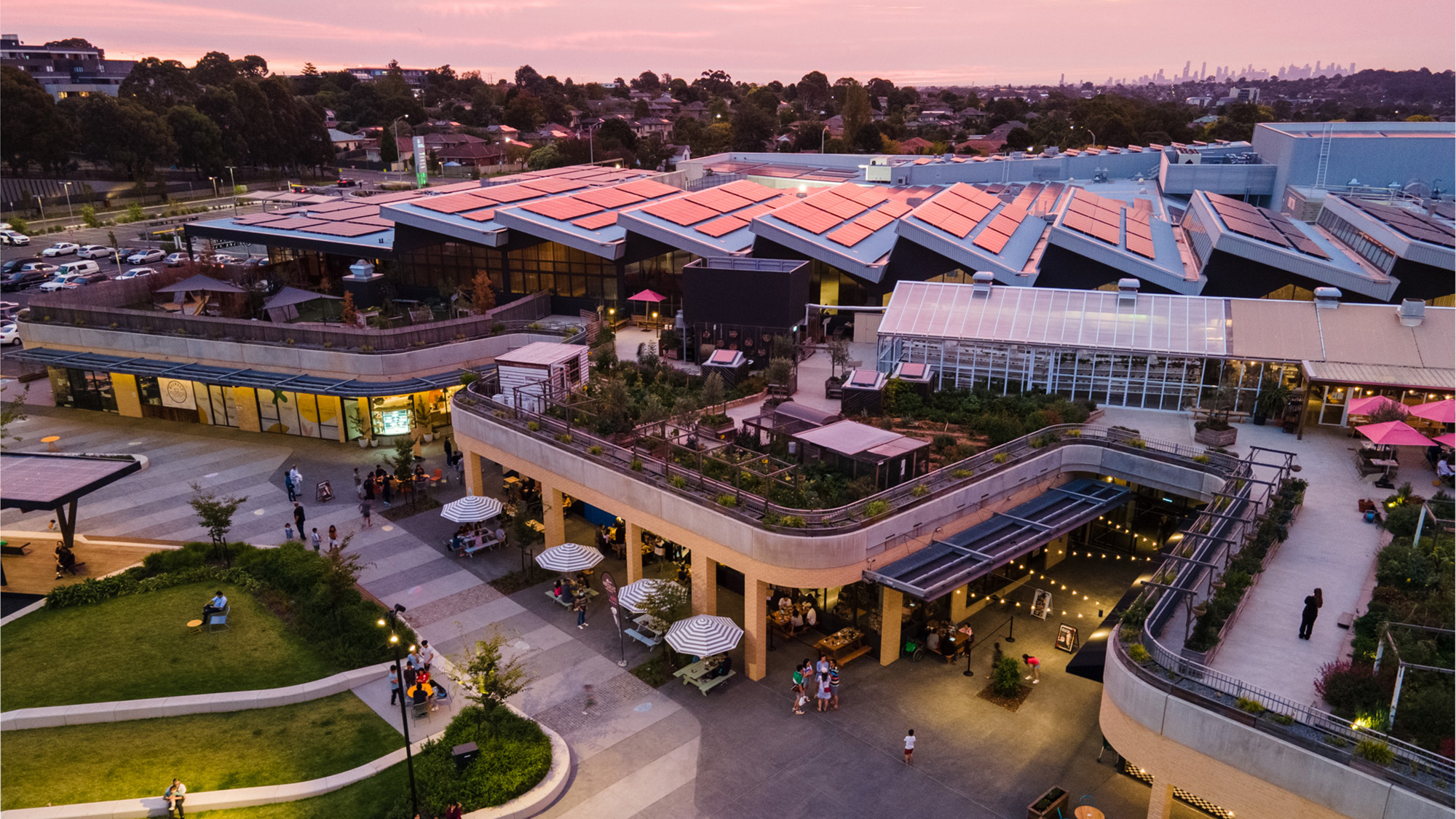 Shopping centres are not typically considered as being synonymous with sustainability. But at Burwood Brickworks, Frasers Property has delivered not only the world’s most sustainable retail centre, but a blueprint for an entire industry.

Back in 2019, Live proud magazine published a story about Frasers Property Australia’s quest to create the world’s most sustainable shopping centre. An ambitious undertaking — requiring a reimagining of everything from orientation, materiality, store layout, energy and water use and re-use, ambience, and accessibility — Burwood Brickworks Shopping Centre set out to achieve the world’s most advanced measure of sustainability in the built environment: Living Building Challenge® (LBC®) certification.

And earlier this year, it did it.

The International Living Future Institute (ILFI), the global authority which administers the LBC®, has granted Living Building Challenge® Petal Certification to the one-of-a-kind shopping centre in Melbourne’s eastern suburbs — the first retail building in the world to be recognised.

Frasers Property Australia’s Living Building Challenge Manager, Stephen Choi, says that like all new endeavours, many orthodoxies had to be challenged and discarded along the way, not least a preparedness to share intellectual property with others in the industry.

“When we set out to do this project, we had a fairly robust conversation internally about what we would share with others,” says Stephen, “Because, with all the time, money, and effort that was going in to create a net-positive centre, there was intrinsic value in those learnings, and did we really want to give it away? In the end, we have opted to be open because if we can give our competitors or others in the retail industry the benefit of what we’ve learned, and they start doing it too, it gets easier, cheaper, and more efficient for these kinds of projects to become the norm.”

Since the Burwood Brickworks shopping centre opened in late 2019, Stephen has given more than 70 talks and tours to colleagues and industry players curious to know more about this benchmark-setting project. As a result, the influence of Burwood Brickworks is being felt in some unusual places.

“We’ve had approaches from hotels, community centres, other developers and major retailers, intrigued by what’s been done here,” says Stephen. “And often they come away with a larger sense of what’s possible.”

“For instance, I did a tour with the management team of a major Australasian retailer — people who’d flown in from all over Australia and New Zealand to see Burwood Brickworks — and ostensibly they came to talk about rooftop solar. But after seeing how the Living Building Challenge® had led us to rethink everything from single-use takeaway containers to natural ventilation to non-toxic materials, they left with a determination to re-engineer their store designs right down to the packaging.”

At Frasers Property’s Rhodes Corporate Park in Sydney, the lessons of Burwood Brickworks are also being taken up.

“We’re working with commercial tenancies at Rhodes Corporate Park for new fit-outs that utilise some of the learnings from Burwood Brickworks. As they contemplate a return to the office in 2022, they’re looking at ways to make the environment more natural and more comfortable for their employees, and there’s a great deal of the technical research and data from the Living Building Challenge® that informs that approach. So that’s hugely gratifying to see, and a testament to the shift toward more sustainable buildings.”

Local worth travelling for

For all its technical marvel and arresting beauty, from the naturally ventilated sawtooth roof to the edible blooms of the roof-top garden, it’s the human experience of Burwood Brickworks Shopping Centre that speaks the loudest.

“We have received hundreds, if not thousands, of comments and feedback from shoppers since we opened,” says Stephen. “And while some people do focus on the technical, such as solar energy and water or the recycling bins and waste reduction, overwhelmingly what people describe is their emotional response. They talk about the beauty and spirit of the place, its tranquillity and comfort.”

A lot of that is to do with good design that focuses on bringing fresh air into the centre and an abundance of natural light. Combined with green open space, both indoors and out, employees experience higher job satisfaction and employers have reported lower staff turnover.

“It’s simple things that make so much difference,” explains Stephen. “When staff have a beautiful area to go to in their breaks, instead of out on a noisy loading dock, their sense of wellbeing is just so much higher.”

That increased job satisfaction has posed some tricky situations though. According to Stephen, some staff who have transferred from other stores to cover shifts for their colleagues, have shown some resistance in returning to their original place of work, so attractive are the working conditions at Burwood Brickworks. “It’s a good problem to have,” laughs Stephen.

When it comes to the shopper experience, there have also been unanticipated benefits. Stephen points to the redesign of supermarket refrigeration as a technical response to save energy consumption that has led to increased dwell time and shopper patronage.

“If you look at the average shopping centre, half of the building’s energy usage could be refrigeration, because it never switches off. And that makes the supermarket generally a colder environment to be in. In winter, you need to pump hot air in to heat the space and it becomes this hugely expensive drain on energy.

“So, we worked with Woolworths to put doors on the fridges, capturing and pumping the heat from the back of the fridges to warm the store instead. It means the ambient temperature in the aisles is much more comfortable to linger in.

“In fact, I was chatting to a customer the other day and he was remarking that Burwood Brickworks is just a much more comfortable and pleasant place to shop. I asked him if he was a local and he said no, he was from Doncaster East. I remarked that there must be at least five supermarkets that would be closer to where he lives, and he said, ‘yes, but I prefer to shop at this one.’ So, that increased catchment area and dwell time in the store wasn’t why we redesigned the fridges to have doors, but that turned out to be one of the ancillary benefits of that decision.”

It takes a village

Achieving Living Building Challenge® Petal Certification at Burwood Brickworks took perseverance and partnership collaboration, not least of all with the centre retailers.

“And yet, our retailers showed inspirational perseverance and a commitment to collaboration that has been instrumental in Burwood Brickworks fulfilling its potential to become the world’s most sustainable shopping centre.

“The lessons we’ve learned through the Living Building Challenge® process, and the knowledge we’ve committed to sharing throughout the industry, will reveal new paths to better sustainability outcomes not only for our projects, but the industry at large.”

One tenant that plays a key role in meeting the Living Building Challenge® is acre Burwood, one of the largest urban agricultural projects in Australia.

Managing Director of acre, Luke Heard, says to be part of this major global sustainability achievement is a source of immense professional and personal satisfaction.

“This project is an example of individuals and organisations being willing to push the boundaries to unlock new sustainable possibilities. What we’ve learned on this journey will help not only our business, but other business operators and property development companies to make a positive impact on the places they occupy and the communities they’re a part of.”