An application has been lodged with the NSW Dept. of Planning and Environment for modifications to the Concept Plan for the land surrounding the boat harbour known as The Waterfront. It was lodged with the Dept. on 9th August 2017 and will be on public exhibition until 4th October 2017.

The current Concept Plan was approved by the Dept. in February 2011 and provides a framework for the development of the town centre and residential precincts of The Waterfront.

It is normal practice for large scale projects such as Shell Cove, which has a development timeframe of 30 years, to undergo multiple planning reviews to ensure the design remains current to meet evolving market trends and best practice outcomes. Shell Cove has undergone several such reviews to date, with key strategic planning reviews undertaken at the project’s inception, then in 2000, 2010 and the current review in 2017.

The outcome of the latest plan review, outlined within the modification application, is an evolution of the concept design. It contains a finer grained level of detail and is the culmination of a lengthy four year review process.

The review began with a comprehensive research project where we invited community input on what they would like to see at The Waterfront. It involved online surveys completed by more than 3,500 participants and a series of focus groups. This research informed a brief for a design competition, which led to the appointment of some of Australia’s leading architectural practices to collaborate on the evolved design of the town centre and residential masterplan. 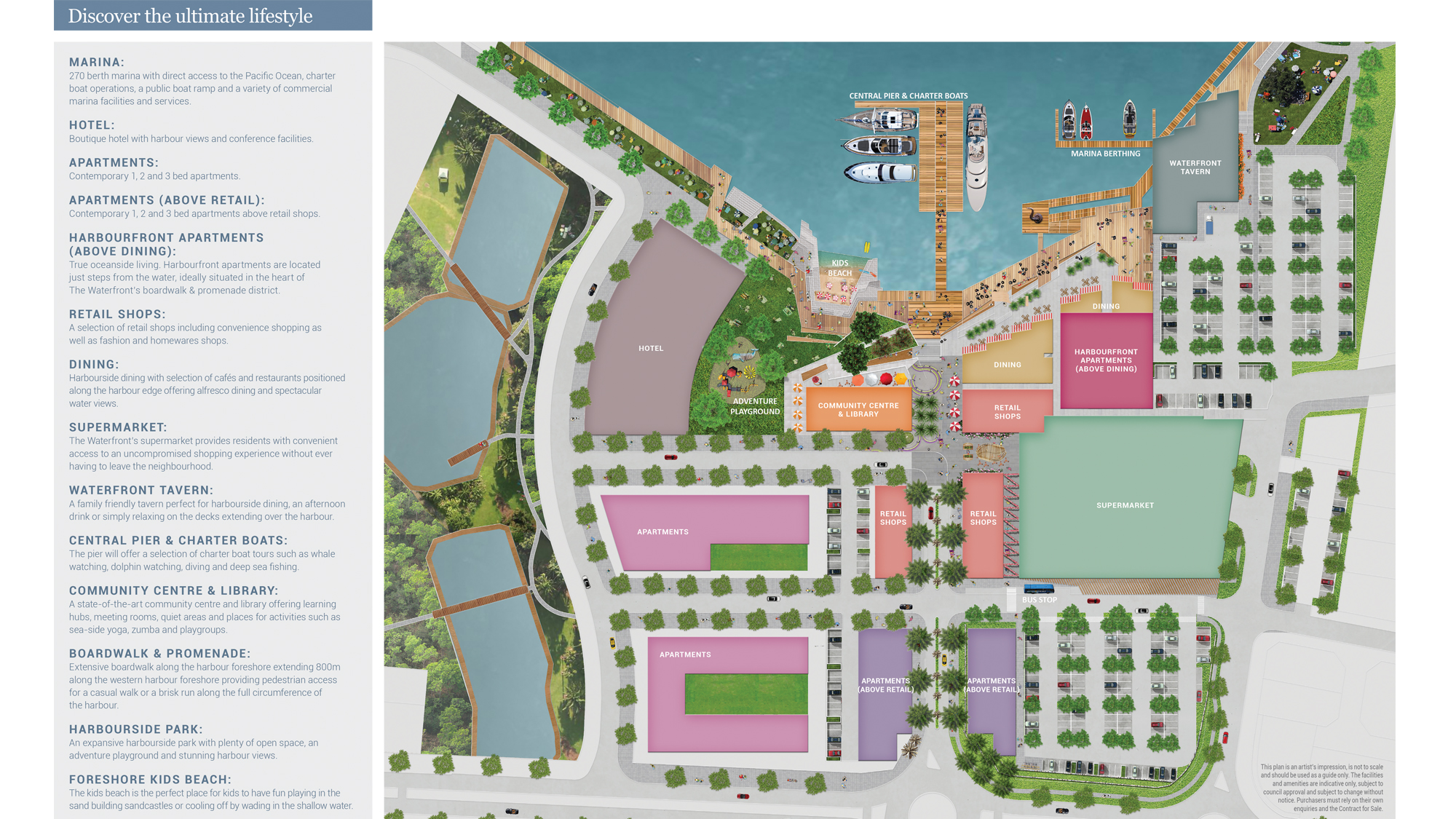 Importantly, the marketing materials available in the Shell Cove sales office and on the website, including the detailed model, are based on the revised design within the current modification application submitted to the Dept. in August this year. This information has been available to purchasers within The Waterfront for the past 2 years. Refer Figure 1 above.
The key elements that are proposed to be modified in the Concept Plan for The Waterfront include:

The proposed modification to the Concept Plan provides for a maximum number of dwellings in The Waterfront precinct of 1,556 which, on face value, represents an increase of 318 dwellings above the 1,238 dwellings approved in 2011.

***The land which will be utilised to create the 44 duplexes was included in the 2011 Concept Plan, but no number of dwellings was specified for this land in the previous plan.

Taking this into account, the actual additional number of dwellings proposed in the modification application is 199 above the figure contained in the 2011 plan. This is detailed in the table below.
The mix of residential dwellings across The Waterfront is as follows:

The modifications to the proposed density represent a finer level of detailed design evolution with apartment sites better defined, resulting in smaller apartment building footprints and modifications to height in some locations. Additionally, the location of housing typologies has been significantly refined from the 2011 Concept Plan. The below figures 2 and 3 demonstrate the higher level of detail between the 2011 Concept Plan and the current plan. 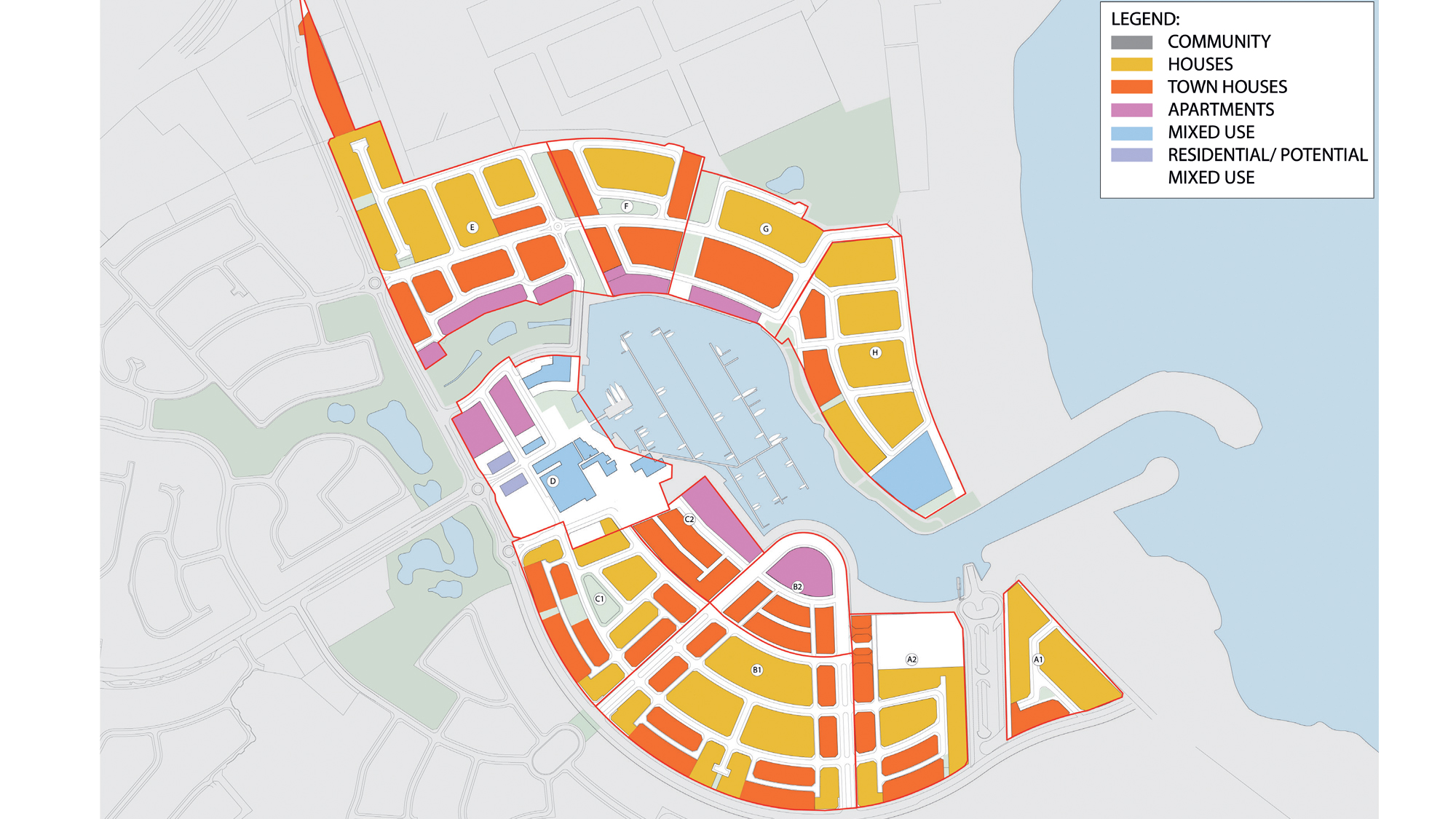 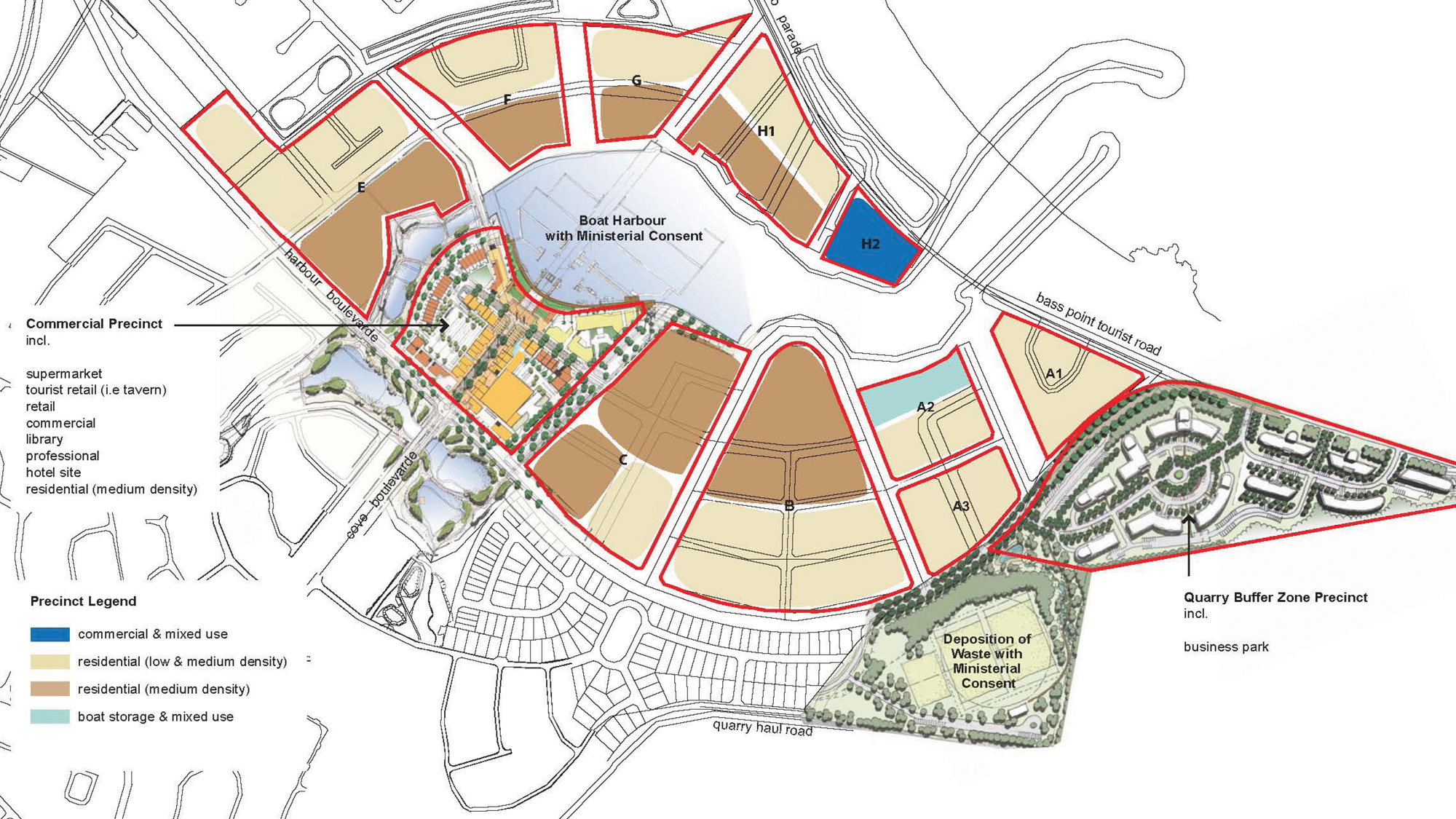 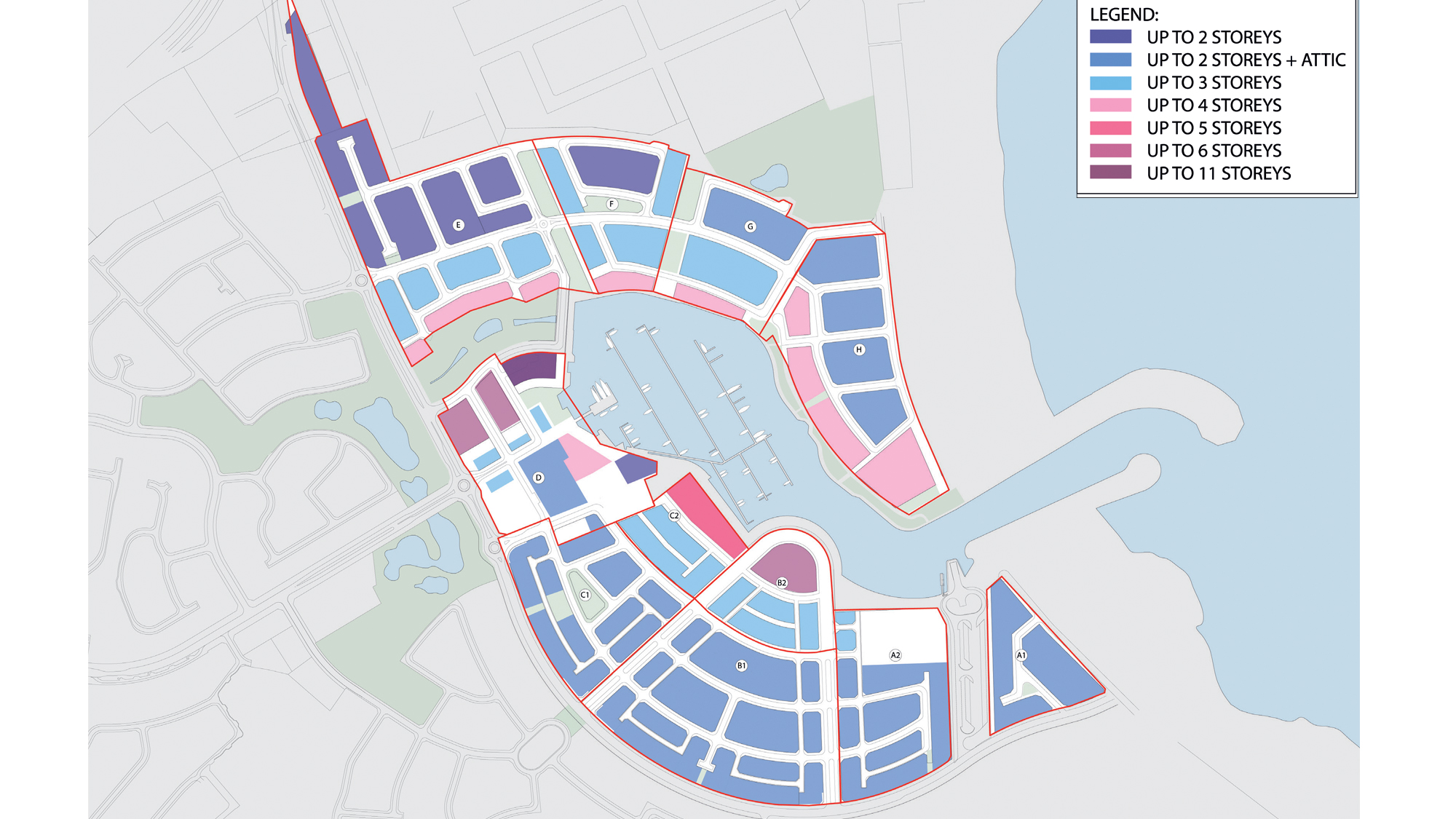 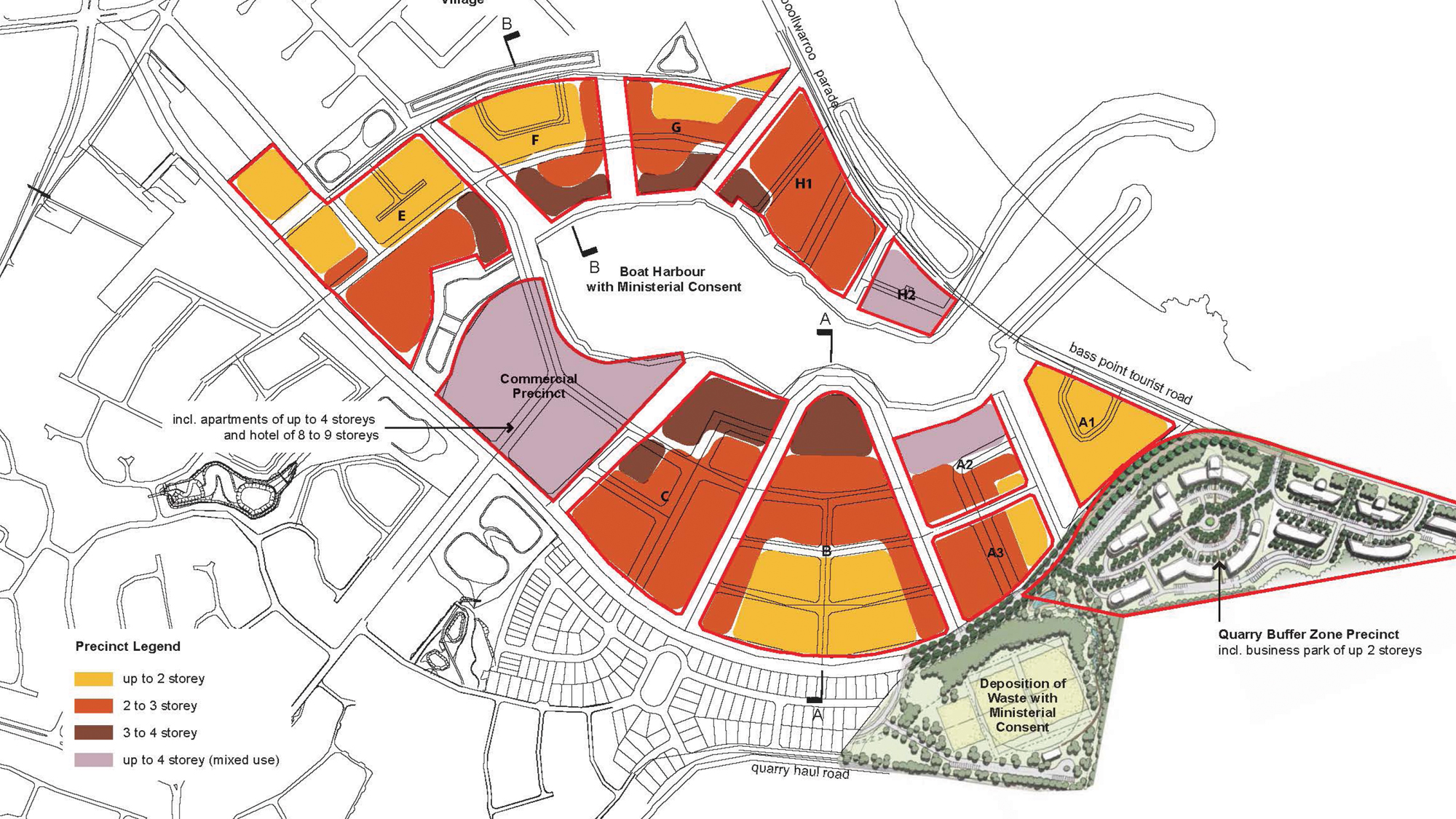 As part of the 2017 Concept Plan, extensive studies and modelling have been undertaken on traffic generation, parking requirements, flood modelling and coastal hazards and sight lines. The outcomes of these studies were incorporated into the design to ensure there will be no impact from the proposed changes.

The detailed submission and reports that underpin the Concept Plan modification application are available on the NSW Dept. of Planning and Environment website.

On Tuesday October 10th, we held an Information evening as an opportunity to view information on the proposed changes to the concept plan for The Waterfront Precinct at Shell Cove and discuss the proposal with the project and consultant team involved.