Response to submissions on what is proposed and the impacts, as well as specialist independent research and reports.

The Shell Cove development has been a 30-year journey to create an activated and vibrant regional hub that will stimulate tourism and boost the local economy.

The most visual component of this long-term project is taking shape now, with the creation of The Waterfront, Shell Cove and the town centre, marina and boat harbour it comprises.

In 2017 the development partners, Frasers Property Australia and Shellharbour City Council, submitted an application to make modifications to the existing approved concept plan.

In essence, the proposed modification plan includes an additional 318 dwellings, increasing building heights by one to two levels in three of the nine precincts, increasing the development area covered by the concept plan by 5,850 square metres, and relocating and re-orientating the hotel. Additionally, there has been some height reductions in certain locations as part of the refinement of the plan and allocation of land use.

These proposed modifications have evolved with the detailed design development in many of the precincts and particularly the town centre over the past 6 years and accordingly the changes have been integrated into our marketing and sales material progressively over this period.

However, the proposed modification plan should have been subject to earlier community consultation as well. This was a regrettable oversight on our part.

We have undertaken to be clear and transparent with the community moving forward, to ensure such an oversight does not happen again.

We lodged an application for the proposed modification plan with the Department of Planning and Environment in August 2017. In all, 207 submissions were received, and a response to submissions with additional material has now been prepared by the development partners. This will form the basis of a further submission to the NSW Department of Planning and Environment after which the proposed modification plan will be referred to the Planning Assessment Commission to decide on an outcome.

The key issues raised in the submissions can be summarised as:
• Visual impacts;
• Traffic and parking;
• The character of the area;
• Social infrastructure and services;
• The planning process;
• Ecological and coastal impacts;
• Overshadowing; and
• Heritage.

To investigate each of these points in the proposed modification plan, specialist consultants in each field were engaged to provide independent review and assessment.

These reports have been collated by Ethos Urban (formerly JBA Planning).  Ethos Urban is one of Australia’s leading national urban planning solutions companies blending design, economics, engagement and planning assessment expertise. They were engaged to calibrate the reports from a holistic perspective, and to provide their advice.
Our review of the submissions tells us that the community wants more granular, detailed information about the impact of the proposed modifications as they relate to each of these key areas.

To ensure transparency, we have opened up the process so the community can view each of the individual specialist reports as well as the overarching review undertaken by Ethos Urban prior to their lodgement with the NSW Department of Planning and Environment.

By doing so, everyone can evaluate the detailed material, read the comments by the specialist consultants, and form their own conclusion on the differences between the existing 2011 approved concept plan and the proposed 2017 modification plan.

Community Information sessions will be held on the 12th and 14th of February 2018 at the Shell Cove Primary School located on the corner of Killalea Drive and Stradbroke Avenue, Shell Cove. Please feel free to drop in between the hours of 5pm and 8pm. Members of the project team and specialist consultant team will be available to answer any questions on the proposal. 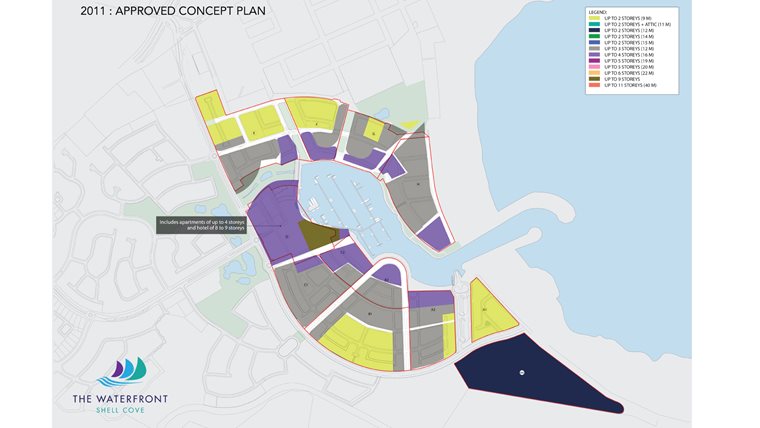