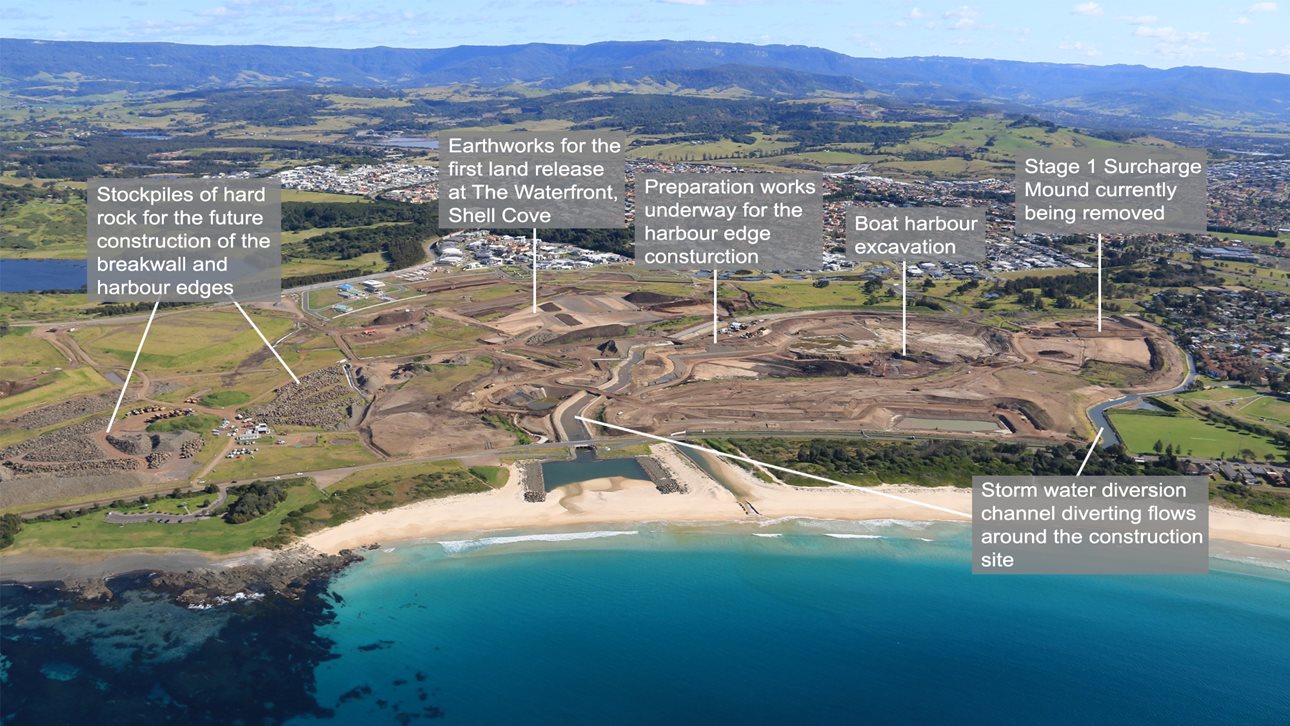 The boat harbour construction has been progressing well and over the past few months there has been significant activity on site. The temporary surcharge mounds placed on site in stage 1 of construction have now reached the necessary soil consolidation requirements and are in the process of being removed. Some of the material from these surcharge mounds is being relocated to other surcharge mounds to the east of the site, while the balance of the material is being placed in the landscaped mounds to the south of the site which will act as a buffer to the Bass Point Quarry.

Preparation for the construction of the harbour edge has commenced. Temporary working platforms are currently being constructed to enable large machinery a piling rig, to place the concrete piles for the foundation of the edge wall and the future timber boardwalk. The piling rig will be on site in approximately three weeks.

Hard rock is continuing to be stockpiled on site in preparation for the construction of the harbour edges and the breakwater and groyne in stage 3 of construction. The rock stockpiles include large rocks imported from local quarries and smaller rock which has been excavated on site.

The first residential stages in The Waterfront, Shell Cove will be released later this year offering both land lots and off the plan homes. Earthworks have commenced for the first release of land and if you would like to be informed about the latest releases simply send us an enquiry.

The Alfresco Collection homes at Shell Cove continue to in high demand with the latest release of 13 homes now sold out. The final release of 14 homes within The Shallows Precinct is expected to be equally sought after and will be released in September.