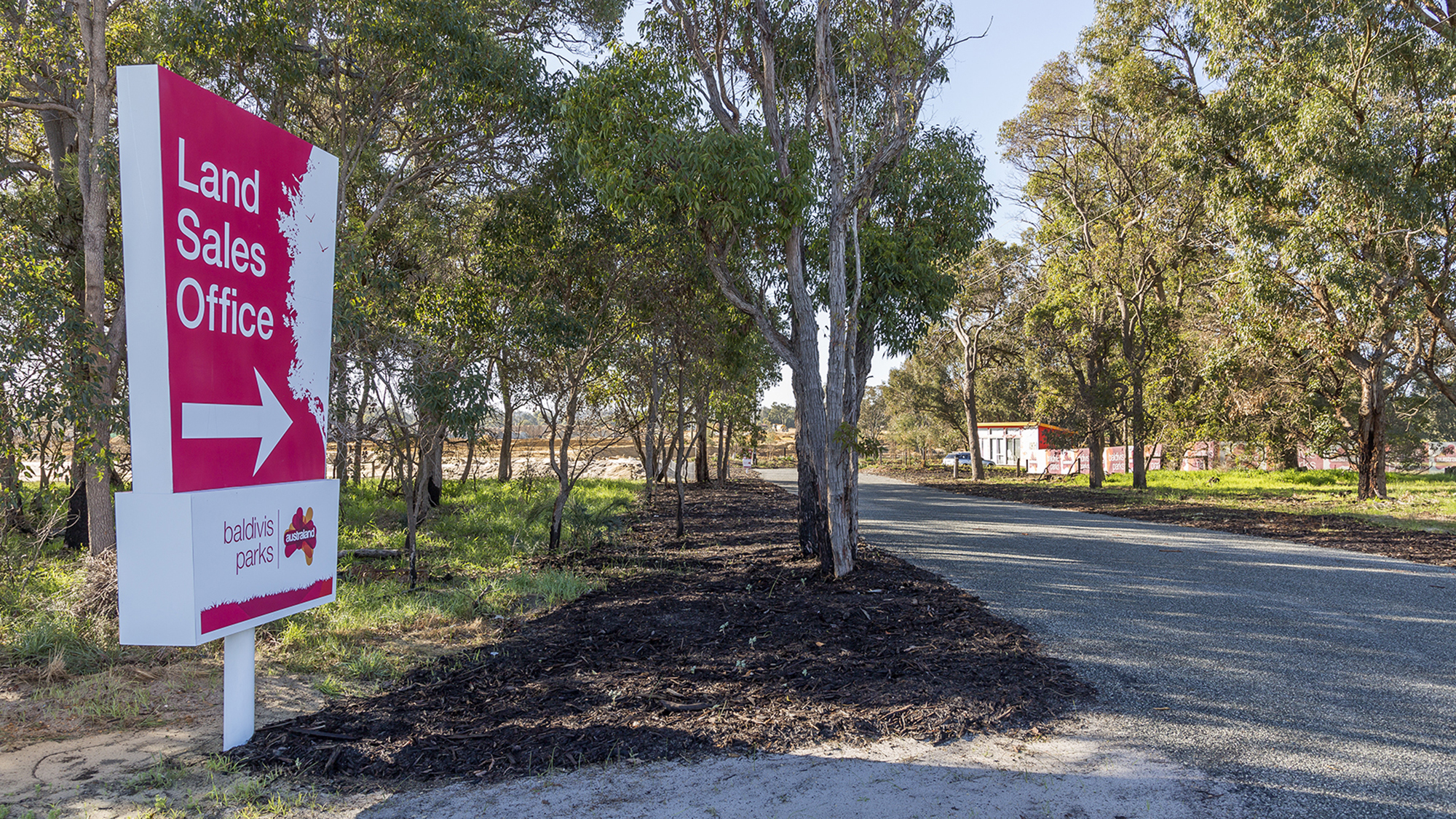 Camping back in fashion!

Demand has exceeded expectations for the estate, which has been nearly a decade in the making. Developer Australand bought the land parcel in 2006 after the development of Baldivis Central.

Australand WA general manager Tony Perrin said Baldivis had undergone significant change in the past 15 years, but demand for land in the area continued. “This is the perfect time to introduce our new residential estate, which is the most significant new offering in the Baldivis market for a number of years,” Mr Perrin said.

“While we knew there would be a high level of interest, we hadn’t expected purchasers to brave the elements and camp out from 11pm on a Friday night.”

Half of the lots released in late May have sold to date.The 20 lots released ranged in size from 290sq m to 459sq m and were priced from$164,000 to $209,000.Additional lots have been released since and nearly 1000 lots will be delivered across the estate in total.The company’s research,which showed lifestyle and

community were key criteria for potential buyers, has helped inspire the design, Mr Perrin said.Every lot in the estate will be within 250m of a park.“As people’s lives get busier and increase in pace, they want to return to a home where they feel connected to their neighbours and have easy access to parks to meet others, relax and unwind,” Mr Perrin said.“The estate has been planned around eight parks,each with an individual offering, whether it is nature play areas, picnic facilities or fitness nodes – the proximity to homes means residents willhave a park just a stone’s throw away.”

The 59.07 ha site is between Baldivis Rd and Kwinana Fwy, near the Baldivis Recreation Centre and Baldivis Primary School. 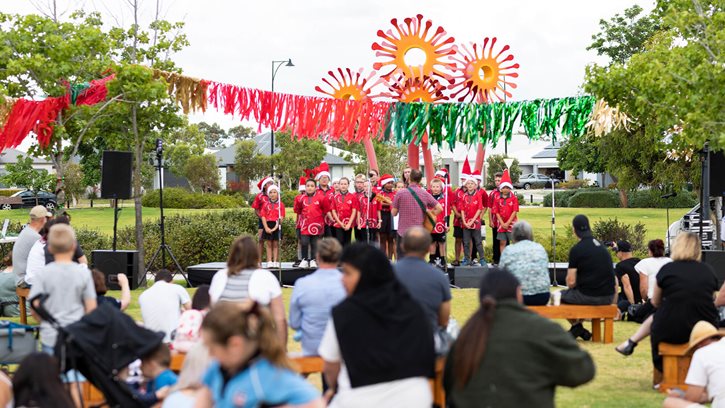 Christmas in the Village, December 2021
Thanks to all who came down to Daintree Street Park on Fri 10th Dec to celebrate the end of a busy year! 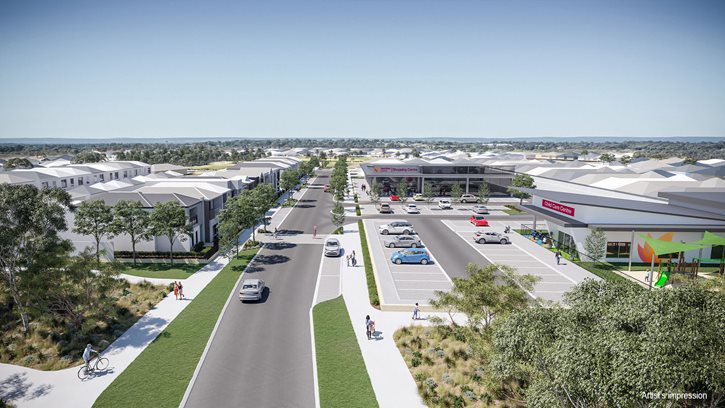 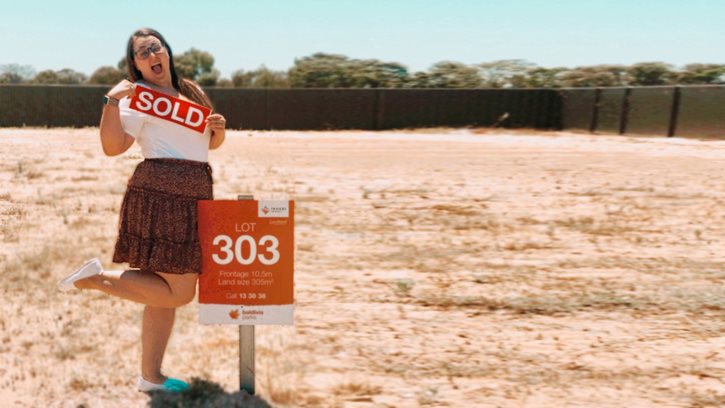 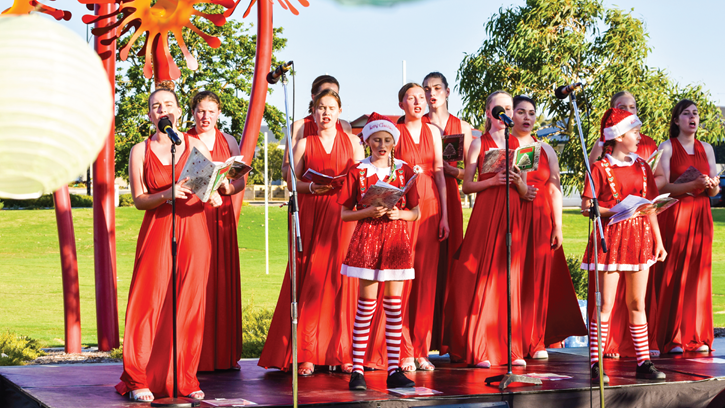 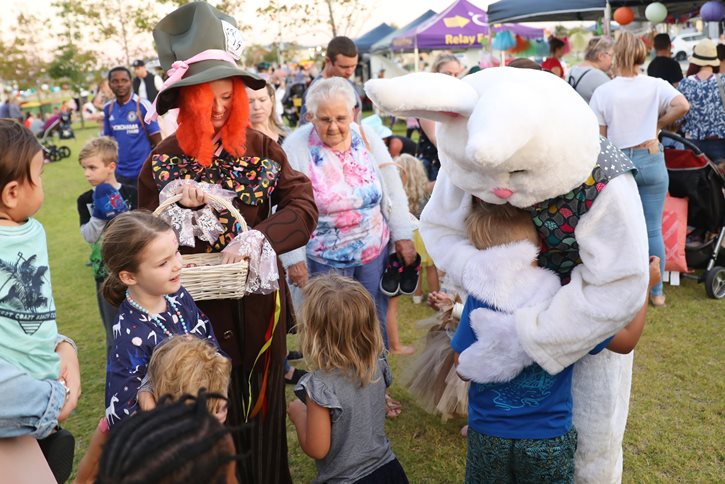