Beautifully set within one of Brisbane’s most exceptional 130 year old heritage buildings, The Residences, Yungaba House are as unique as the people who will call them home 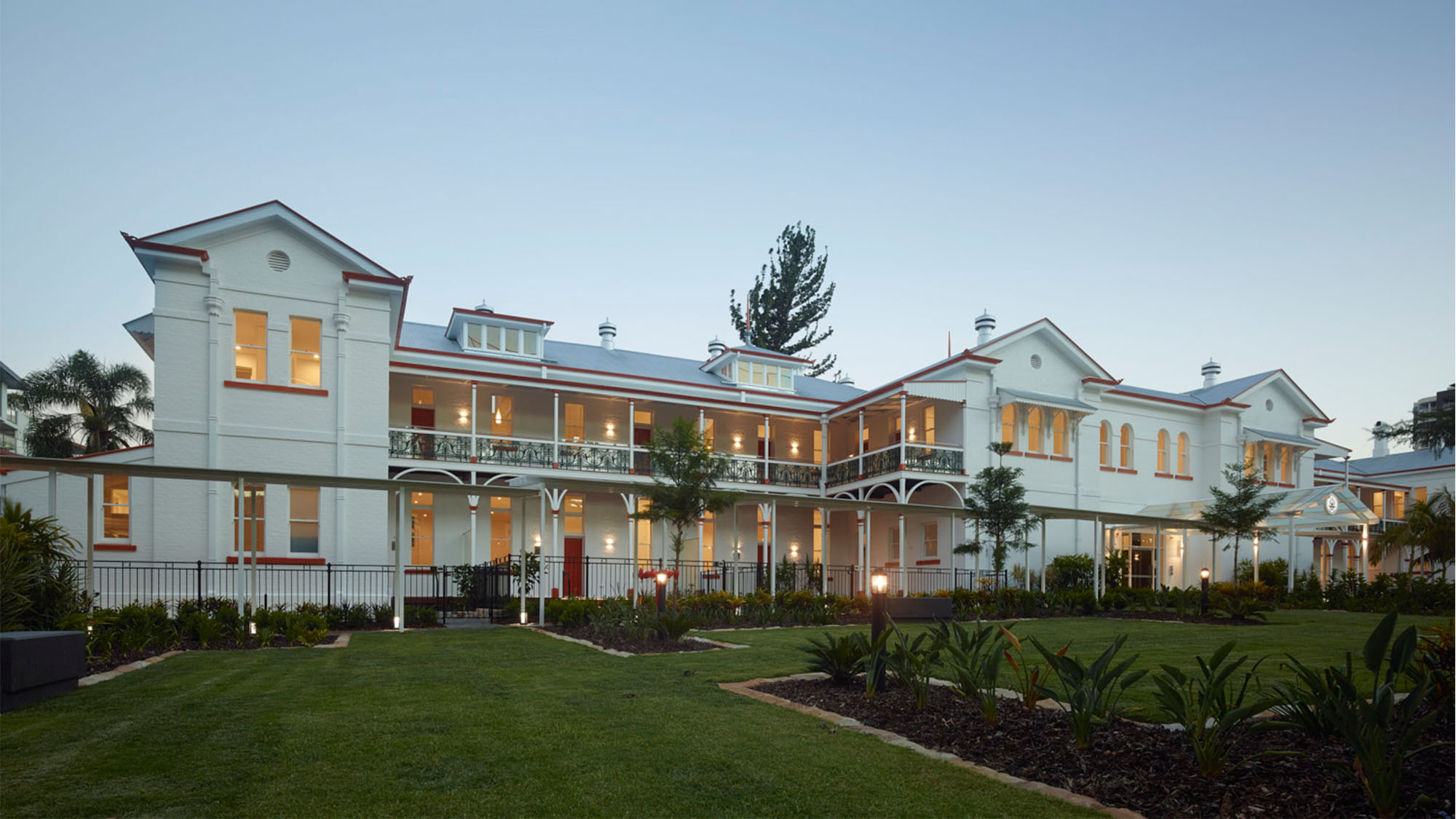 Yungaba House has an incredible story to tell, of the people, places and the dreams and aspirations that were welcomed here. Pioneering immigrants arriving to the ‘lucky country’, colonial entrepreneurs, hard-working and visionary, and the creations of the man who designed Brisbane’s iconic Story Bridge from his north wing drafting office. You can sense the significant link to the history and development of Australia in these walls.

YUNGABA - A PLACE OF WELCOME

On 6th June 1859 Queensland became a separate colony to New South Wales and began a vigorous process of assisted passages to Queensland including British, German and Scandinavian settlers.  In 1885 the Queensland Government commissioned the design of an Immigration Depot which was designed by John James Clark, and was completed in 1887 which is now known as Yungaba House.

An iconic design, Yungaba House is characterised by a symmetrical layout typical of institutional buildings, whilst reflecting the Queensland environment and style with verandahs surrounding the building. The façade was further refined by Italianate decorative motifs and featured segregated accommodation areas for married couples and families, and separate wings for single males and females.
On arrival on the river, immigrants were ferried to Yungaba by way of smaller tugs where they were then lodged and provided 14 days free accommodation and a pass to any part of the colony via rail.  The installation of playground equipment including a merry-go-round and the supply of multi-colour check blankets rather than standard grey were all initiatives to create a favourable atmosphere for incoming migrants. Due to the somewhat unpredictable nature of migration – Yungaba House has been utilised for other purposes over its history.
THE LATE 1800’S AND WAR YEARS

During the late 1800’s Yungaba House was used to house and accommodate bush children, and was the centre point for assisting immigrants with finding work and distributing relief.

In 1901 Yungaba House was used temporarily as a ‘return house’ or reception centre for Australian troops returning from the Boer War in South Africa.
During the war years in the 1900’s Yungaba House was used as a wartime hospital for Australian troops as well as a dispersal centre for food and clothing. In its use as a hospital Yungaba House housed 270 beds and was also used as a reception centre for returning troops and the venue for welcome home ceremonies.
STORY BRIDGE DESIGN AND CONSTRUCTION

John Job Crew Bradfield was appointed to design the Jubilee Bridge in Brisbane which was opening in 1932 and was later named the ‘Story Bridge’.

Yungaba House was used as the project and design office for the bridge and the women’s ward was converted to the drafting office. Modifications were made including the two dormer windows in the roof of this ward which in providing clear and natural light for drawing purposes.
A CELEBRATION OF MULTICULTURALISM

From 1993 the use of Yungaba House for immigration was phased out and the site finally abandoned for this purpose in 1995.

In recognition of its origins and as a place of significance for immigrants to Brisbane, the site has been or is used by several multicultural not for profit organisations from this time.
OLD WORLD CHARM - CONTEMPORARY STYLE

In 2003 Frasers Property Australia (then Australand) purchased the Yungaba site, which included Yungaba House and its heritage gardens and surrounding land from the State Government.

Yungaba House is protected by Queensland’s State Heritage Register and the Australian Heritage Commission on the Australian Heritage Places Inventory.  Frasers Property has restored Yungaba House with a passion for the craftsmanship and expertise that made this historic building an architectural icon. What was once grand and elegant has been considerately restored to its former beauty, reflective of its heritage and historical significance.
Restoring the true heritage of Yungaba House has been a true privilege for all those involved.
Yungaba History
Back to top
Community & lifestyle Location Transport Shopping
About Yungaba History Sustainable living Design & architecture
Enquire 13 38 38
© Frasers Property
Privacy. Terms. |Call 13 38 38