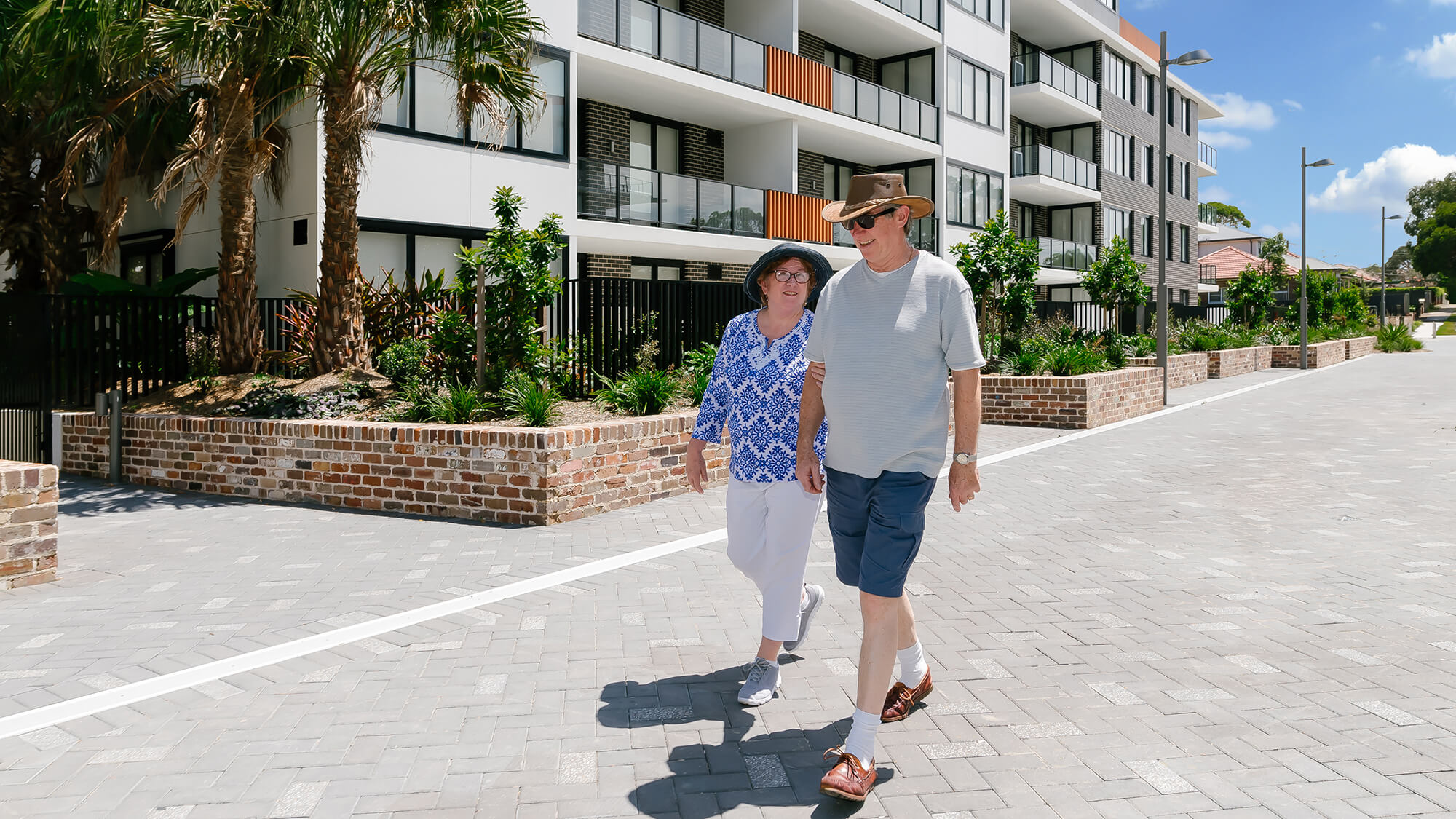 Much comes down to the lifestyle reasons for moving combined with the fact that many downsizers have done better out of the uplift in property prices over the last decade than the down-shift over the last 12 months has wrought.

Take retirees Michelle and Michael Skinner, for example. They decided to sell their six-bedroom family home in Pagewood, NSW to live the kind of low-maintenance, luxury apartment lifestyle they like to enjoy when traveling.

The Skinners are philosophical about moving during a property downturn. “We could have gotten more had we sold at the top,” says Michelle. “But the house didn’t owe us anything. It wasn’t like we had to think about paying off the mortgage; we were mortgage-free. It wasn’t the best situation, but we were happy to move. It took us only about six weeks to sell.”

“I feel like I’m walking out onto the balcony at a resort; that’s the feeling I’ve always had since the day I moved in”

Having watched their daughter buy off the plan at Frasers Property community, Tailor’s Walk five years prior and spending many hours happily babysitting their young granddaughter there, it was a natural move for the Skinners to purchase a three-bedroom apartment within the same development. “We wanted to be next door,” says Michelle. “We wanted to stay in the Eastern Suburbs and we couldn’t think of anywhere else we wanted to live. It was familiar and comfortable.”

The relocation marked Michelle’s first real move, with more than 65 years of history left behind in their Pagewood home. “A lot of people I had grown up with were still there and we had a lot of neighbours that I’d known for a long time, but it was a quiet street. I wanted a bit more of a cosmopolitan feel. I wanted apartment living. I wanted to be able to walk to the shops, have people around, all the hustle and bustle that goes with that sort of lifestyle.”

When they first moved in, Michelle and Michael agreed that they’d give it a year. “We were also looking at retirement villages,” explains Michelle. “But we knew we’d have quite a few years of picking
up and dropping off our granddaughter, so it wasn’t really practical. So, we thought we’d give this a year and if we didn’t like it we’d re‑evaluate.”

Now, almost a year on, Michelle and Michael have no regrets, and are planning to stay at Tailor’s Walk for the foreseeable future. “I feel like I’m walking out onto the balcony at a resort; that’s the feeling I’ve always had since the day I moved in,” says Michelle. “The reality has turned out to be even better than what I imagined in my mind.”