Open up to more 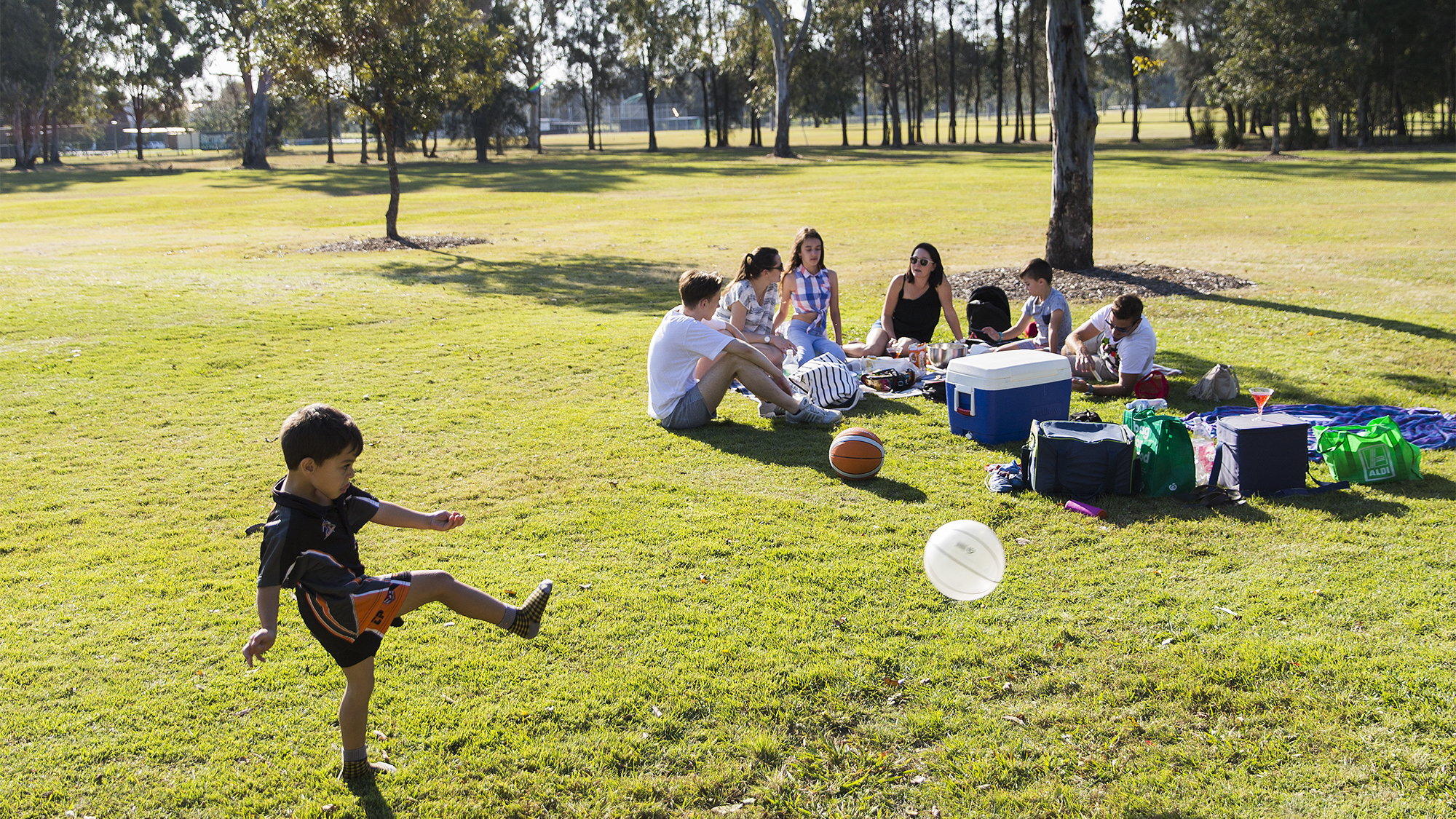 How community designers are approaching the increased need for density by offering buyers more, not less.

More than ever, Australians are opting for high and medium density homes that allow them to stay closer to employment and transport hubs, while some developers sacrifice parks in the name of profit. But the World Health Organisation has identified green spaces as a fundamental component of a healthy urban ecosystem. Not only do they facilitate physical activity and relaxation, but trees also produce oxygen and help to filter out harmful air pollution from our increasingly congested environments.

Creating an affordable metropolitan community that provides connection to ample green space is harder than ever, but the team behind Minnippi Quarter, an upcoming Frasers Property community in the East Brisbane neighbourhood of Carina, is proving that it’s not impossible.

Set just 8km from Brisbane’s CBD, Minnippi Quarter has been designed to redefine the borders of the home, seamlessly blending private retreat with communal connectivity to create a place where home stretches far beyond the front door. It’s medium-density terrace home living, but not as we know it.

“The vision behind Minnippi Quarter was really to embrace what we have as a natural context,” explains Development Manager, Steve Booth. “It’s about more than just creating a box for someone to live in. It’s about creating somewhere where people come home and enjoy not just that private space, but also getting out and enjoying the amenity around them and the environment it’s immersed in.”

The masterplan draws much of its inspiration from Minnippi Parklands, the stunning 90-hectare network of public parks and gardens bordering the development. Once complete the community will include 6000m2 of retained and regenerated green space, three additional landscaped pocket parks, residents’ recreation centre, and shared barbeque and leisure facilities.

“We wanted to come up with a masterplan that gave people the opportunity to socialise with their neighbours and to just be outside in nature,” says Steve. “Ultimately that openness helps to build community resilience. People are out of the home more, so they get to know their neighbours, which makes them feel safer because they have friends nearby that they can call on if they ever need it.”

While townhome and terrace-style living haven’t historically been the norm in Brisbane, things are rapidly changing as the market responds to affordability pressures and changing family dynamics.

“I think there’s a natural evolution that comes from people wanting more flexibility in the way they live, and terrace style living really answers that,” says Steve. “Some people travel a lot for business and want a lower maintenance place to come home to; some are coming to Australia from other countries where apartment living is the norm; and more people than ever work flexibly from home. What’s becoming more desirable is a home that acts as a solid foundation from which we can explore a multitude of lifestyle opportunities outside the home.”

Whatever the motivation, Steve sees the key to Minnippi Quarter’s success is the embrace of the great outdoors. “This is all about the lifestyle,” he says. “The homes are designed to seamlessly flow from inside to outside, while expanding out to these really high quality communal open spaces and recreation areas, as well as the expansive meadowlands of Minnippi Parklands further afield. The wellbeing and lifestyle benefits are tremendous and I’m really excited that we’re in a position to facilitate that.”