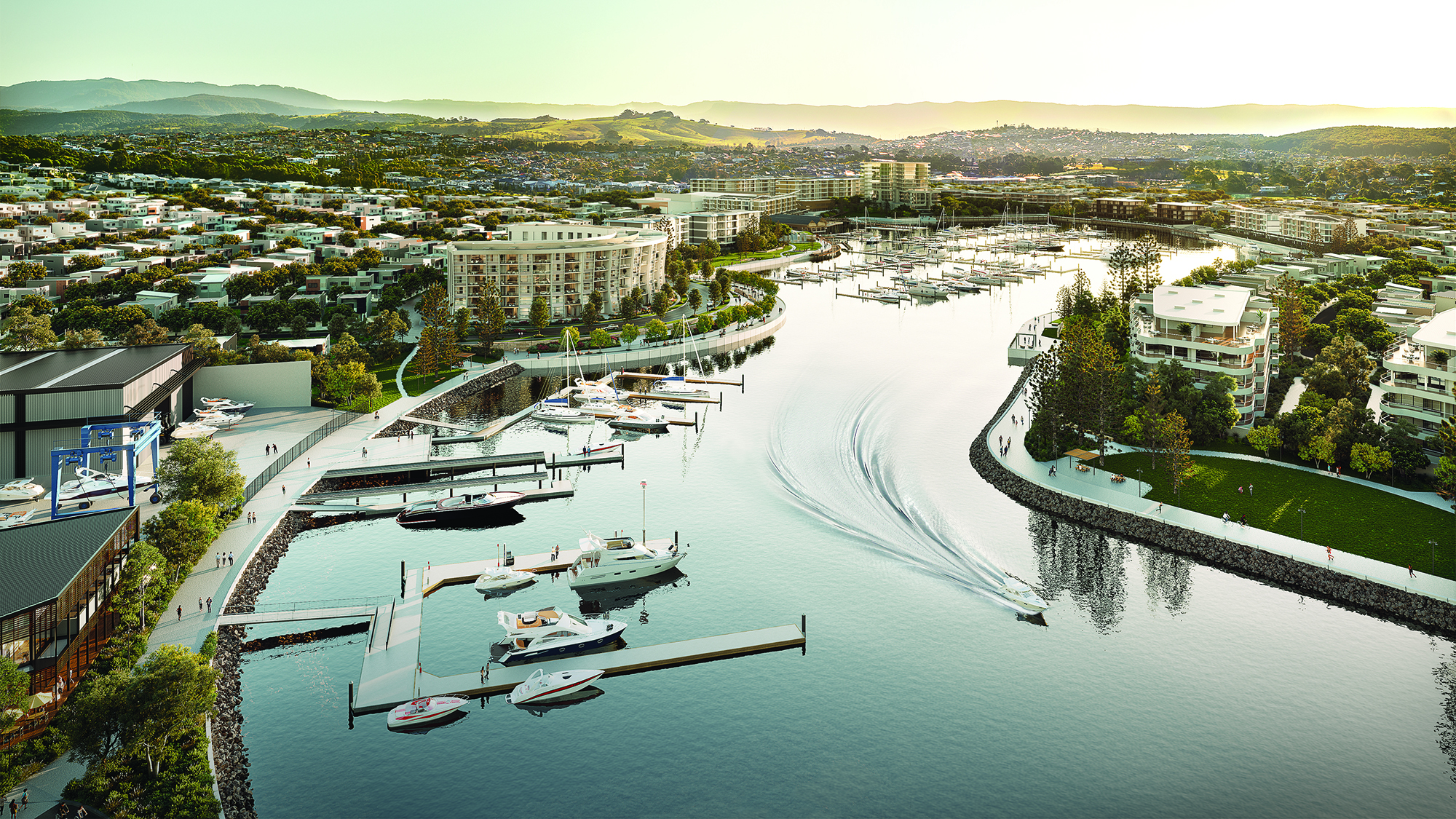 Simone Dyer sits at the helm of one of the largest (and longest) joint development projects between local government and a property developer in Australia; The Waterfront, Shell Cove. Simone stepped into the role of Development Director in 2019, but her history with the 50-year project started back in 2012 when she was working as the project’s Design Director.

“I’ve wanted to be an architect for as long as I can remember,” says Simone. “I’ve been drawing ever since I could hold a pencil and creating things from my imagination is really my true love. I worked in architectural practice for a while but was drawn to development so that I could have a hand in shaping projects commercially as well as in a design sense. When the opportunity at Shell Cove came up, it was really a case of perfect timing.”

As an avid boater herself, Simone was particularly drawn to The Waterfront, Shell Cove vision. Once complete, the harbourside Town Centre will offer waterfront retail, dining and entertainment, open space, and pontoon berthing for approximately 270 vessels.

“My husband and I are boat people,” Simone explains. “That’s what really drew me to the project seven years ago when the masterplan was going out to tender. Having some grounding and knowledge of what the boating community is looking for has helped to evolve and improve our plans for the marina, I think.”

Now, after so many years working intimately to develop the masterplan, Simone is navigating The Waterfront’s transition from a grand vision to a thriving community and landmark of the New South Wales south coast.

“The project was conceived in the late ’70s, so it’s older than I am,” laughs Simone. “And for the last 20 years, the project has largely been a land subdivision project. For many years, coming down the hill you’d see a ‘coming soon’ billboard along the highway. But with the marina, tavern, dining precinct and first stage of apartments all due for completion in the next 12 months or so, the community can finally see everything coming to life. It’s a really exciting time in the project’s life.”

In addition to overseeing the construction programme, Simone plays a vital role connecting with The Waterfront’s engaged and passionate local community. While the feedback she receives is generally positive and encouraging, she’s the first to admit it hasn’t always been plain sailing.

“I think with all things that are so visionary and require such a great deal of change, there’s some natural apprehension about what that means for way of life,” says Simone. “But this is something that a lot of people have been waiting a long time for; they’re really excited to see it finally coming together. Recently I was having breakfast in Wollongong and somebody recognised the Frasers Property logo on my jacket and came over to say, ‘what you’re doing for the Illawarra region is just incredible.’ That’s always gratifying to hear, it means you’re on the right track.”

With the project now in its fifth and final decade of development, the team are firing on all cylinders to deliver the completed marina in mid 2021 and plan to close out the project by 2026. But with more than 30 years already under their belts, how are they keeping the momentum? According to Simone, everything they do comes back to the very core of why the project exists.

“A great vision needs to be underpinned by at least one really good idea. And The Waterfront, Shell Cove is anchored by a really great one,” says Simone. “With anything of this scale you’re going to have to synthesise the needs and influences of the market, government and statutory bodies, as well as the community. Not to mention the sheer mountain of risk and logistics to navigate.

But we always come back to the core idea, the best idea: to create a publicly accessible piece of marine infrastructure that would become a landmark place and employment hub for not only Shell Cove, but for the entire south coast region.”