Back home to Berwick Waters 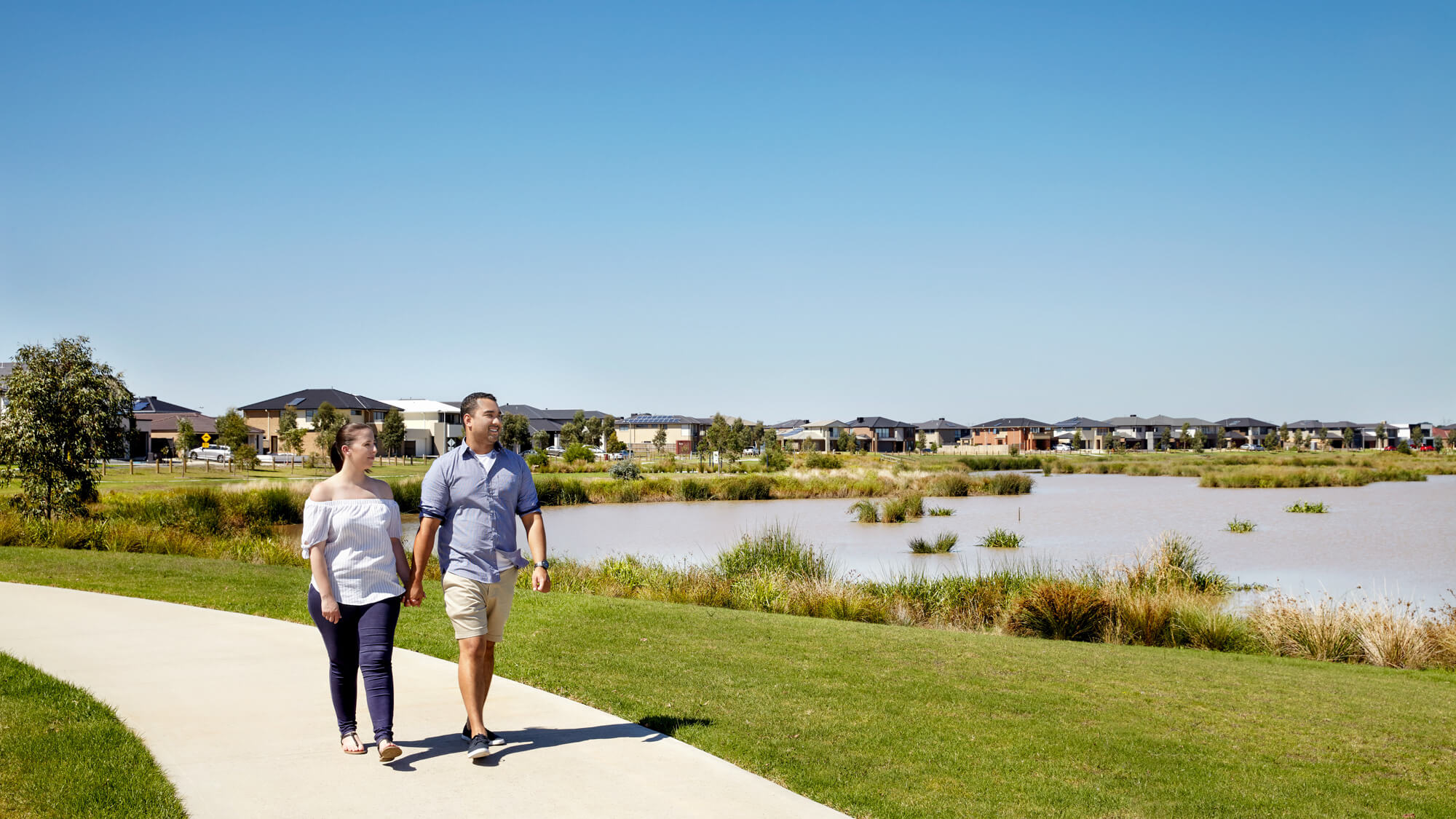 Berwick Waters is a popular neighbourhood gem in Melbourne's south east. In 2021 it's all set to welcome a new wave of residents into the community.

Berwick Waters is a unique neighbourhood combining  the natural beauty of wetlands and ample parklands with the kind of community pride that usually only grows over decades, not the mere handful of years the project has been under development. One of the most popular of Frasers Property Australia’s Victorian communities, there’s a big groundswell of excitement as the new stages are set to be released later this year. In anticipation of that, we’re delving into just what makes Berwick Waters, Berwick Waters.

Where it’s atWith almost 4,000 residents already calling this forward-thinking community home, Berwick Waters is no flash-in-the-pan. Rather, it has the feel of an established neighbourhood, but with the added extra of being able to build your dream home.

"The things for people to do is part of what makes Berwick Waters feel like an established neighbourhood,” observes Jill Lim, Development Director at Frasers Property Australia. “The other part of this is its community. Residents connect and look out for one another, especially when someone new moves into Berwick Waters.”
The neighbourhood is by no means short of community pride either. “We love living in Berwick Waters because it feels close to nature with the natural wetlands and parks,” says Ludna Mohamed, a Berwick Waters resident. "the people and surroundings are so warm and welcoming that we feel like we have made the best decision of our lives moving to this community. My kids love it here, and we all enjoy the space and serenity of this wonderful neighbourhood.”

Established community spirit
At the heart of Berwick Waters are the people. They make the community what it is, coming together to create an inclusive, welcoming and diverse neighbourhood. This community spirit is perhaps most evident in how the residents interact with another, whether that be with a smile as they go about their days or via involvement and participation  in resident Facebook groups and initiatives.

"There is a real sense of prisde in the Berwick Waters community" says Frasers Property Marketing Manager Kelly Summers. “Pride in the community by keeping it looking beautiful and well maintained, as well as pride in residents’ achievements in building their forever homes and being able to call themselves part of the neighbourhood.” They really love the environment hey’re in,” adds Jill Lim. “They onsider their neighbours friends and are genuinely happy to be living there.”

Fuelling this community pride is a range of resident initiatives and activities in place to further bring residents together. “The biggest thing happening at Berwick Waters at the moment is the Berwick Waters parkrun, which is organised and managed by the local community. Every week we see such a great turn out from local residents getting out and about enjoying what Berwick Waters has to offer,” says Kelly.

Other community initiatives have included fitness programs such as Fitness for Blokes; local personal training programs, sponsorship of Berwick Waters Casey Stride Running Series; spring gardening, Christmas lights and photo competitions; pop up playgroups in the park; as well as many other community celebrations and activities.

Close to everythingLife at Berwick Waters means an almost unbeatable combination of accessibility and amenity. Resident Gampalage Samarasekara comments that Berwick Waters is a “beautiful environment, within walking distance to shops and other amenities such as prestigious schools, parks, and public transport. It really is the best place to live in Melbourne.” Currently within the community are a range of beautiful parks, wetlands and open green spaces, as well as numerous walking and cycling tracks to help residents stay active. A little further out is Casey Fields, with its regional athletics centre, sports ovals, tennis courts, playgrounds, netball courts and criterium cycling track.

For life’s conveniences (and occasional bout of retail therapy), it’s a quick nip down to the shops with a variety of centres at your disposal, including Casey Central and Eden Rise Shopping Centres. Or head to High Street for a more intimate experience, taking your picking from its various cafes, restaurants and bakeries. When the time comes to head to work, Berwick Train Station is conveniently located close by for an easy and stress-free commute.

Adding to this abundance of amenities is the large selection of schools in the area. “Berwick Waters benefits from proximity to some fantastic schools, including the newly opened Grayling Primary School and the well-known Hillcrest Christian College,” says Kelly. Resident Daphnie Cramer further adds that being close to many schools
“provides such a warm and family orientated feeling. Watching the little ones walking to school in the mornings creates a sense of happiness and brightens our day.”

More to comeAnd that’s just the beginning of it. Alongside the newest stages being released, Frasers Property Australia and partner Mondous Property Australia are set to start construction to deliver key pieces of infrastructure and a new section of wetlands at Berwick Waters.

“A proposed Town Centre is in the works, offering residents true convenience with a full-line supermarket and a range of specialty stores,” says Kelly. “Also to come as part of our wider estate works are significant new wetlands and surrounding parkland.” An additional three state school sites are also proposed in the area, which will make travelling to school in the mornings even easier once delivered.

Join the communityWith its engaged community and abundance of nature and amenities, Berwick Waters has all the elements needed to be a place you’ll be proud to come home to. With a range of new land lots of varying sized sizes soon to be released, there’s no better time to join this flourishing community. To make your enquiry, give us a call on 13 38 38. 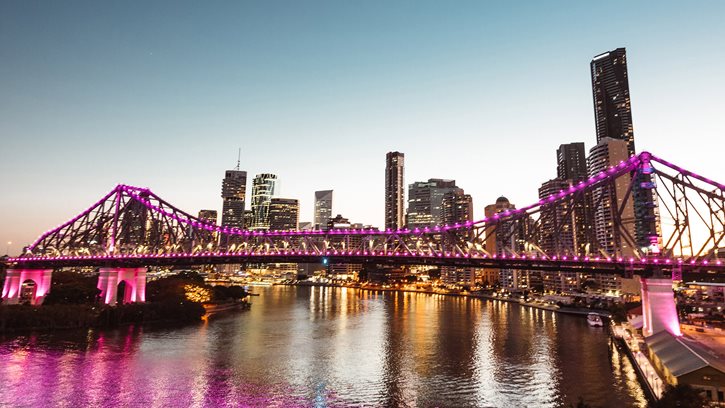 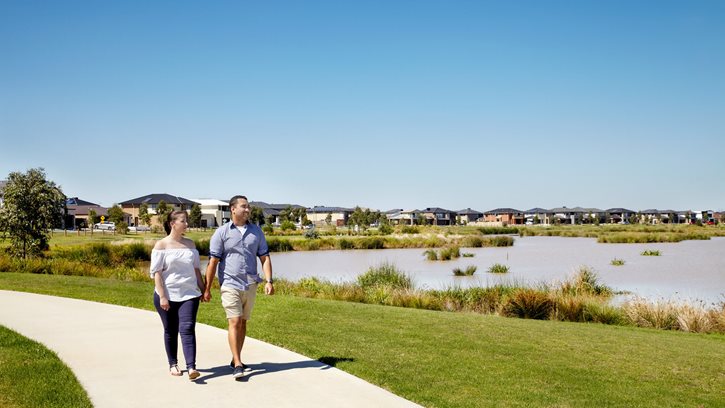 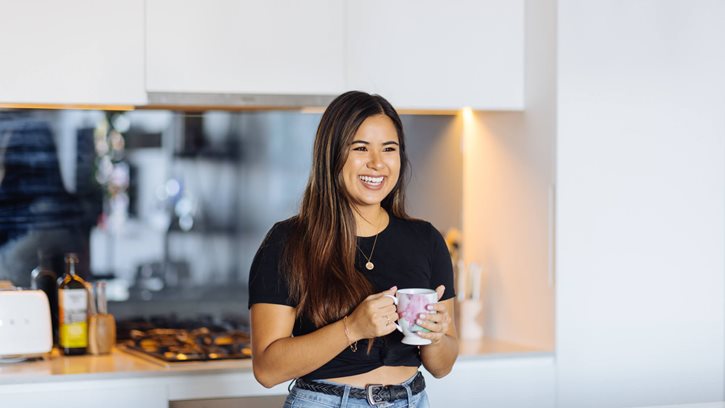 The year of the first home buyer
When life gives you lemons, the saying goes, you make lemonade. With its lockdowns and lost opportunities, 2020 was undeniably a lemon — but for many first homebuyers, government stimulus and a short pause in a booming property market meant that first toehold on the home ownership ladder was made all the sweeter.
Back home to Berwick Waters
Back to top
Our properties
Apartments, homes & land Commercial Retail Industrial
Our services
Apartments, homes & land Commercial Residential Property Management Overseas investors
About us
Introducing Frasers Property Australia Our community investments Health & safety Our people Corporate governance
Quick links
Frasers PerspectiveSustainabilityCareersContact usProsperity Loyalty ProgramInvestor CentreFrasers Perspective Podcast
Get in touch 13 38 38