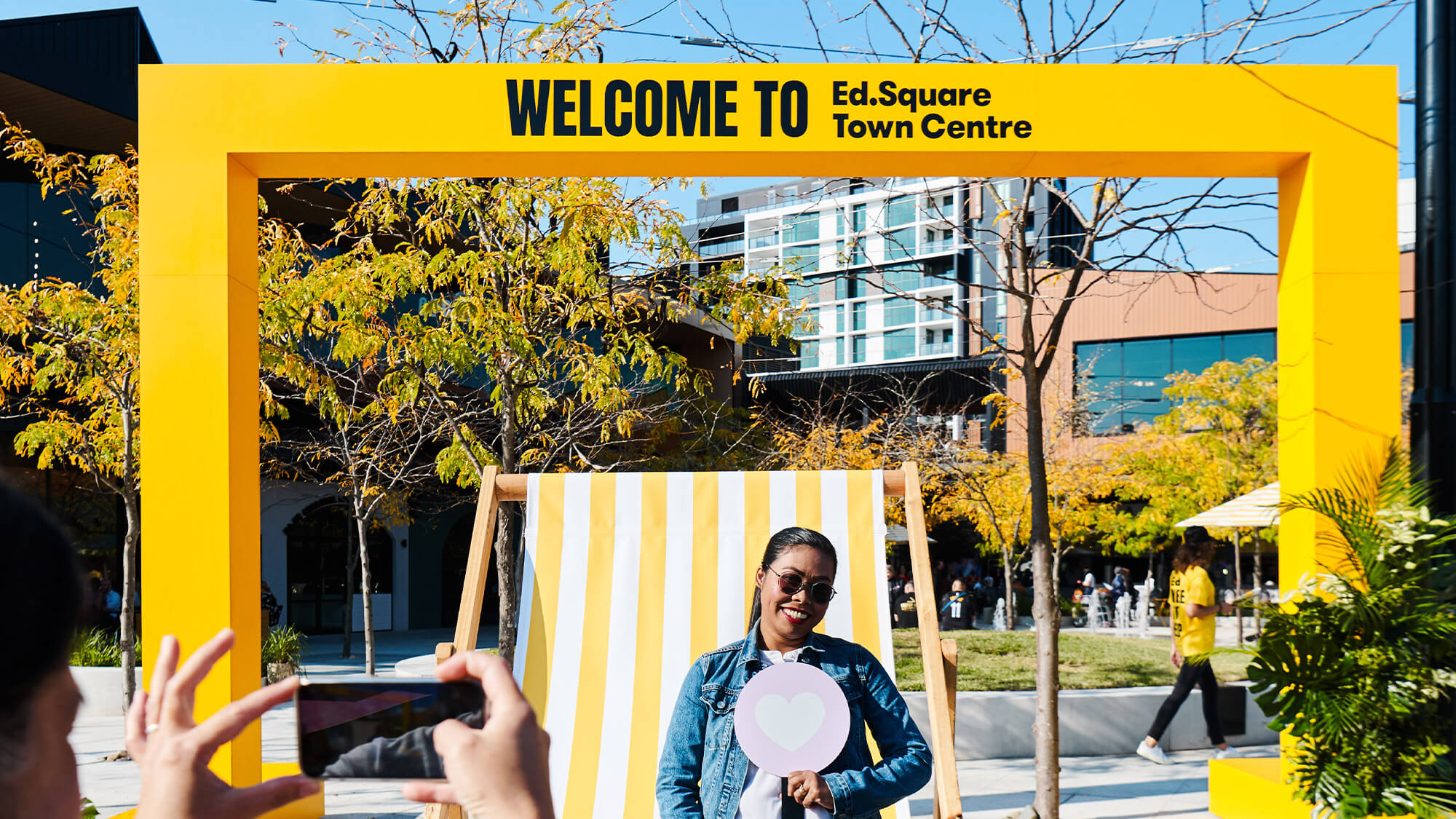 A lot of what goes into creating a new neighbourhood is easily observable. The earth moving, the construction, the landscaping, and the infrastructure. But arguably the most important inclusion – the sense of community and belonging – requires dedicated effort and gentle coaxing to create that magic sense of place.

“There’s something special about the community at Ed.Square”, says Claire Palmer, the Frasers Property Community Development Manager who is responsible for fostering social connection between new neighbours at the flourishing Frasers Property neighbourhood in Sydney’s south-west.

The sense of community and camaraderie that has developed at Ed.Square in just a couple of fast-paced years has become one of its key selling points. “More and more people I speak to are saying that they’re moving to Ed.Square because of the community”, says Claire. “People love the friendly neighbourhood feel.”

Ed.Square is one of more than a dozen active Frasers Property neighbourhoods where there is a significant and long-term investment in community development, run by dedicated specialists like Claire. Time and again, Frasers Property has seen residents benefit from activations and initiatives designed to bring people together and give them opportunities to make lasting connections with other residents.

“It’s about ensuring there is a diverse range of opportunities for people to come together”, explains Claire. “People at Ed.Square live busy lives. They’re often working couples or people with young families. They want to have the best of both worlds where they can live and work somewhere where it’s all happening and there are a lot of activities. The community program we run allows people with busy lives to take advantage of the arranged activities when it suits them.” 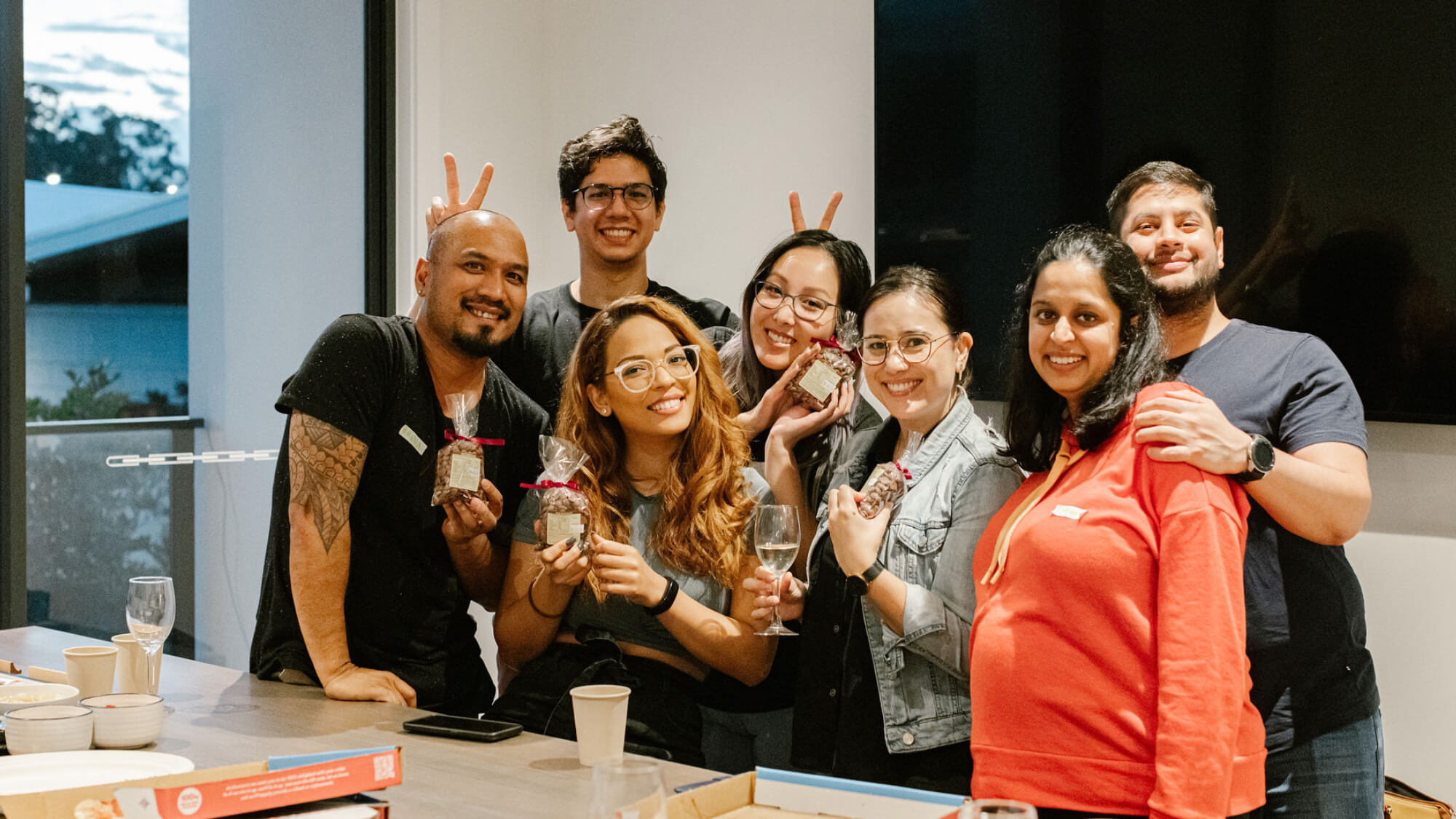 One recent event, a ‘Paint & Sip’ art workshop run in partnership with and hosted by local café Degani, led by talented artist Courtney Beaton of KAO Kreative, was a huge success. Guided by Courtney to release their inner Picasso, residents painted up a storm and got to know each other while enjoying wine and cheese.

The beauty of these events according to Claire is allowing residents to not just prepare an artwork they can then take home but also meet their neighbours in an informal setting and even bring a family member along to see what it’s like living at Ed.Square.

The Community Development program has been so successful at Ed.Square that residents are now starting to take ownership of it and drive it for themselves. “People genuinely want to connect, which I really love”, says Claire. “You want them to meet others they really gel with and then go on to arrange their own social activities.” A recent example saw residents approach Claire about starting up a regular board game night, approaching local businesses to host and support them.

This is the ideal outcome according to Claire, who says that she knows she’s succeeding in her role when residents facilitate their own community events independent of Frasers Property. Warwick Dowler, Ed.Square’s Development Director, agrees: “The definition of success in community development is when you have residents taking the lead on things. That’s exactly what you want.”

The past few years have not been the easiest for building community connections with the global pandemic forcing regular lockdowns and social isolation. A large number of residents moved into Ed.Square either between or during lockdowns and, as a result, the usual community activations and welcome-to-the-neighbourhood events were often unable to proceed. But with quick adaptation, Claire was able to bring people together with a string of online events, competitions, and initiatives including wellbeing webinars, cooking workshops, recipe sharing initiatives, and photo competitions.

To Warwick, the desire of residents to continue engaging with each other during this time showed the strength of the community spirit. “One thing that’s really been evident with the Ed.Square community is just how resilient they’ve been despite not having the ability to do things face-to-face”, he says. “The whole time the lockdown situation was going on, the residents remained very keen to still engage.”

The Community Development team ran a number of innovative online initiatives to engage residents with the community, including the ‘What I Love About Ed’ competition and ‘The Kindness Project’.

‘What I Love About Ed’ asked residents to post photos on Facebook together with the hashtag #whatiloveaboutEd. Popular themes that emerged were the glorious sunsets and sunrises viewed from the Ed.Square apartments, the joy of meeting new neighbours and getting to know them, as well as the convenience of Ed.Square Town Centre with its great access to shops, cinema, entertainment, and Eat Street.

The Ed.Square ‘Kindness Project’, an offshoot of a global phenomenon that took off in response to the pandemic, asked residents to nominate someone who had done something kind for another neighbour. The response was heart-warming. “At first, I thought I’d get maybe two submissions a week”, says Claire, “but we got flooded with nominations. It just shows the character and genuine sentiment we have here in the community.”

Having a resident-run Facebook page focused on the Ed.Square community was also an invaluable tool during the lockdown period, providing an informative space for people to ask questions and be pointed in the right direction by other residents. “People who have yet to move into the community are joining this Facebook group and already getting a sense of the place, the locals, the best coffee, the local schools”, says Claire. 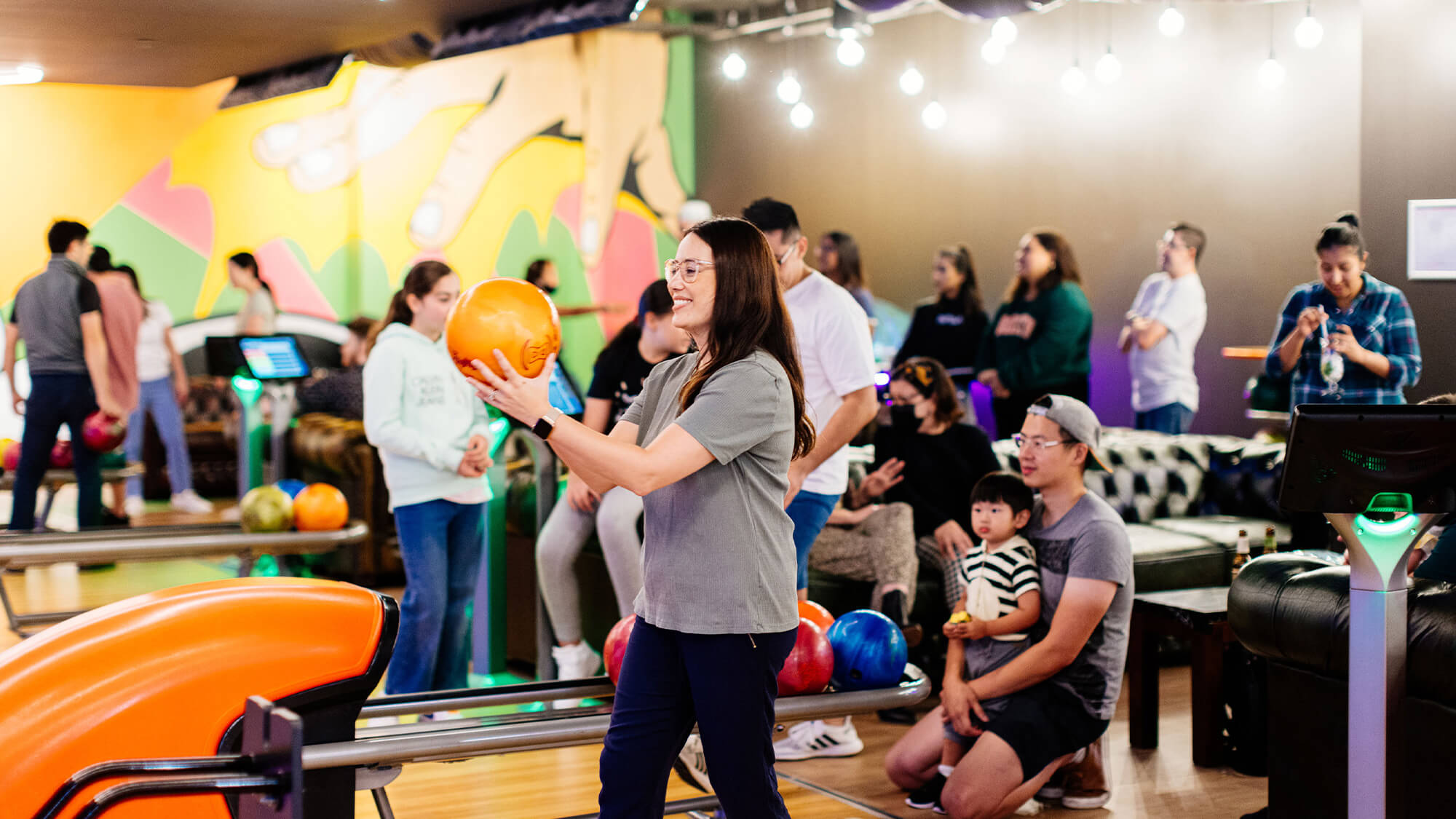 Another exciting initiative underway at Ed.Square is the ‘Humans of Ed.’ project, undertaken by local Ed.Square residents Amanda and JP, who run creative agency Jasper Avenue. The project features photos and stories from Ed.Square residents and is a celebration of the diversity and strength of its community.

“Some of the residents have always been local to the area and want to be involved in this new, happening urban space”, says Amanda. “Some, like JP and me, came from the inner city where space is tighter. Others have moved in from further out of town. So, there’s always stories to be told about what brought people here – their dreams and aspirations. You can’t tell just by looking at them.”

Once completed, the ‘Humans of Ed.’ project will be displayed in a community space at Ed.Square where residents and visitors can view and enjoy the works. 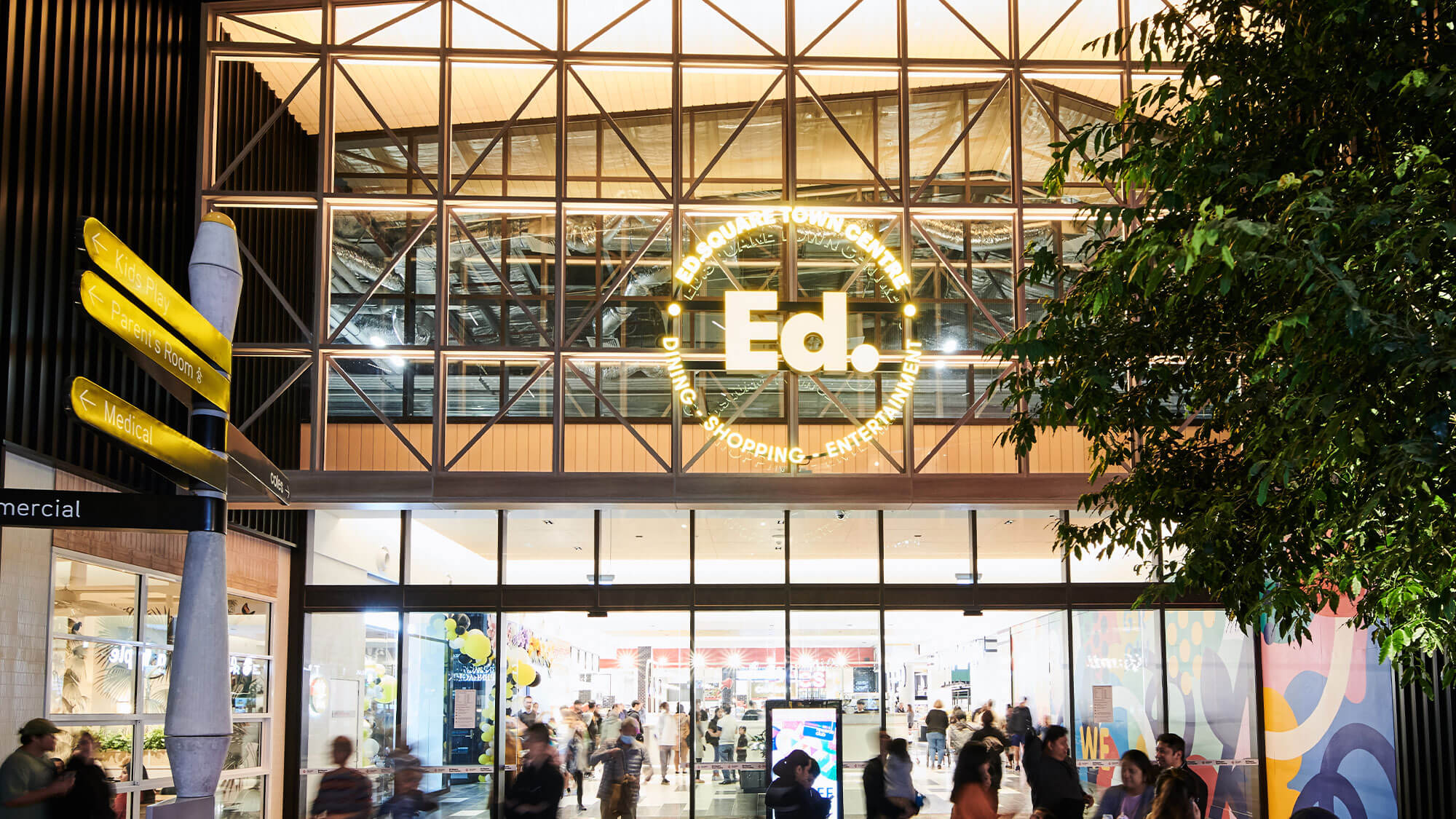 A unique place to live in Sydney

What stands out to Claire about Ed.Square residents is the care and sense of pride they have in their community. She sees it in the way that residents look out for each other and support the local Eat Street businesses. “They just genuinely care about their community”, adds Claire. “They know the local restauranteurs and café owners in Eat Street, and they support them to succeed. It’s what’s making the neighbourhood really come alive.”

Warwick says he knew from the early days of the development that they had an opportunity to build a unique offering at Ed.Square given its size and location, supported by a brand new train station built directly to the north of the neighbourhood. Now with over 1,000 residents moved in and such a strong and diverse community coming together, Ed. Square is flourishing.

“When you see neighbours stopping to chat in the shops and kids making new friends in the playground, you know that all the planning and effort is paying off”, says Warwick. “It means that community has a life of its own.”

For more information on Ed.Square, call Frasers Property on 13 38 38.

Five Farms takes form
In a world that’s becoming busier and more crowded, how to live well is a challenge facing all of us. Five Farms is a new kind of community that recognises this and has been designed with wellness at its core.
Ed.Square – A community blossoms
Back to top
Our properties
Apartments, homes & land Commercial Retail Industrial
Our services
Apartments, homes & land Commercial Residential Property Management Overseas investors
About us
Introducing Frasers Property Australia Our community investments Health & safety Our people Corporate governance
Quick links
Frasers PerspectiveSustainabilityCareersContact usProsperity Loyalty ProgramFrasers Perspective Podcast
Get in touch 13 38 38