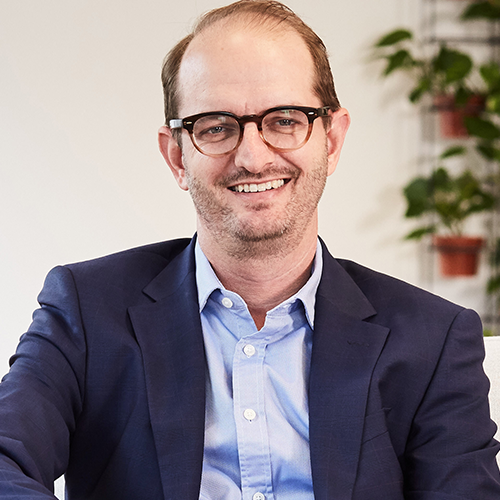 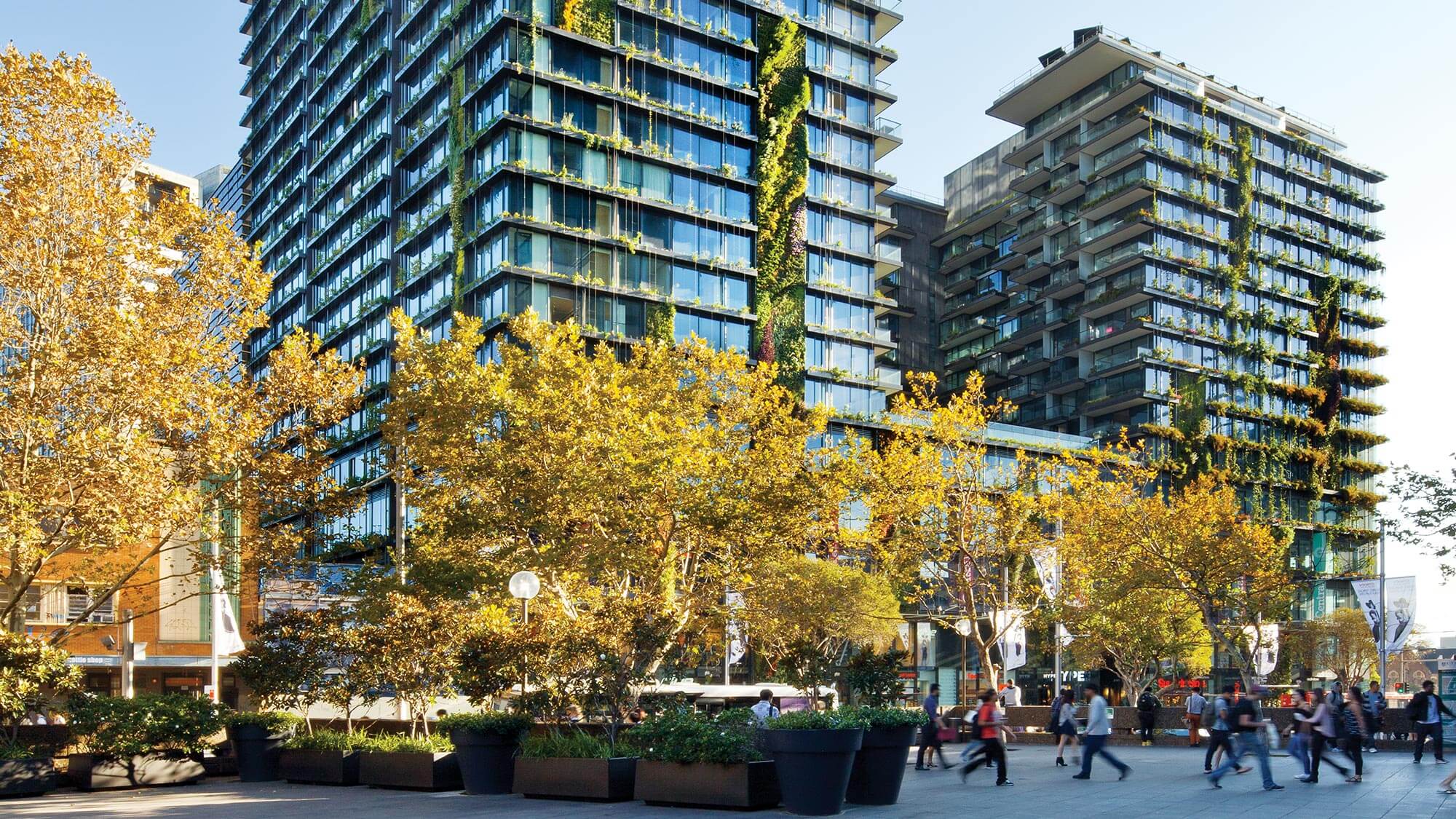 As Frasers Property Australia approaches its centenary year, Executive General Manager Development, Cameron Leggatt, finds himself reflecting on the value of legacy and what it means to create the places that support the hopes and ambitions of hundreds of thousands of Australians. A legacy that’s not just about what’s left for posterity, but what is bequeathed to future generations.

The weight of responsibility that comes with shaping dozens of new suburbs and neighbourhoods across the country is one that Frasers Property Australia’s Cameron Leggatt, carries with both gratitude and humility. As Executive General Manager Development he oversees a portfolio of developments, including residential, retail, and commercial projects – the future homes, shops, and places of work for hundreds of thousands of people.

It’s the kind of job where the fruits of labour are highly visible and occasionally controversial. The very nature of development – including redevelopment – of our suburbs and cities comes with its share of uncertainty for those who share space with these evolving places.

“It’s an entirely understandable anxiety”, says Cameron. “In a lot of ways, our neighbourhoods are extensions of ourselves. Our sense of identity and safety is really wrapped up in the places we live and work and that comes with a fair amount of emotional attachment. So, when a developer comes in with a plan to build something new, there’s a level of disruption and change that can concern people.

“Ultimately, people hope to have their lives and neighbourhoods improved, but they fear the opposite. As a business, we’re very sensitive to that.”

That sensitivity means that Frasers Property sees its legacy as substantially more than the homes, parks, shopping centres and business towers it creates. Instead, the standard of success is increasingly measured by the pride and collective sense of belonging people feel for these places, as well as the way they provide a backdrop to realise individual hopes and ambitions. It’s a simple human truth captured in the company’s tagline: Live proud, and what Cameron says sets the company apart in its approach to placemaking.

“The elements that underpin good development haven’t changed all that much since we migrated from farms to villages thousands of years ago”, he explains.

“We still need a market square. We still need a civic heart to our communities. We want the nourishment of beauty around us, and good neighbours and great friends close by. It’s not rocket science, but the trick is to do it really, really well. So generations from now, when our contribution to a place is a distant memory, people will continue to be attracted there because it’s meaningful to them.”

Philosophically, it’s an inarguably worthy ambition. But what about the practice? Cameron points to the recent crop of completed neighbourhoods that exemplify the company’s approach to leaving a valued legacy: Central Park Sydney, Melbourne’s Freshwater Place, Yungaba House in Brisbane, and Queen’s Riverside in Perth. Let’s take a closer look.

Fifteen years ago, a former brewery on Sydney’s Broadway had fallen into disrepair, a forgotten relic of Chippendale’s rich history. Fast forward to today and it’s a thriving community and one of the city’s most recognisable and iconic addresses – Central Park Sydney.

Proudly developed by Frasers Property Australia and Sekisui House Australia, the vision to create a self-contained neighbourhood where people can live, learn, work, shop, dine and relax together has seen Central Park Sydney become the most awarded mixed-use development in the country.

Stepping onto the grounds of Central Park Sydney today, it’s hard to believe that a mere decade ago this was a derelict site on one of Sydney’s busiest streets. Day and night, Spice Alley is full of diners enjoying the best of Asian street cuisine. Shoppers and cinema-goers stream in and out of Central Park Mall’s jungled interior, while sun-kissed residents laze on the manicured lawns of Chippendale Green. Central Park Sydney is a meeting place that manages to feel both exciting and idyllic in equal measure.

Nestled on the southern bank of Melbourne’s Yarra River, the mixed-use residential, retail, and commercial precinct today known as Freshwater Place has always been a meeting point. With an important indigenous heritage and then subsequent development of warehouses and wharves as Melbourne’s first port in the late 1800s, Southbank’s evolution continues to bring people together in the pursuit of art, commerce, and riverside prosperity.

In 2005, Frasers Property set out to help redevelop this neglected precinct of Melbourne, restoring its former glory as a trading post and meeting place, while reconnecting it with the thriving streets and laneways across the river. The resulting masterplan combined 37 floors of highly sought-after office space with riverside restaurants and retail amenities, as well as luxury apartment living with a fully equipped gym, rooftop garden, function space, theatre, pool, sauna, and more.

Today, Freshwater Place is a bustling mixed-use neighbourhood with residents and workers rubbing shoulders at its waterfront bars, cafes, and restaurants. 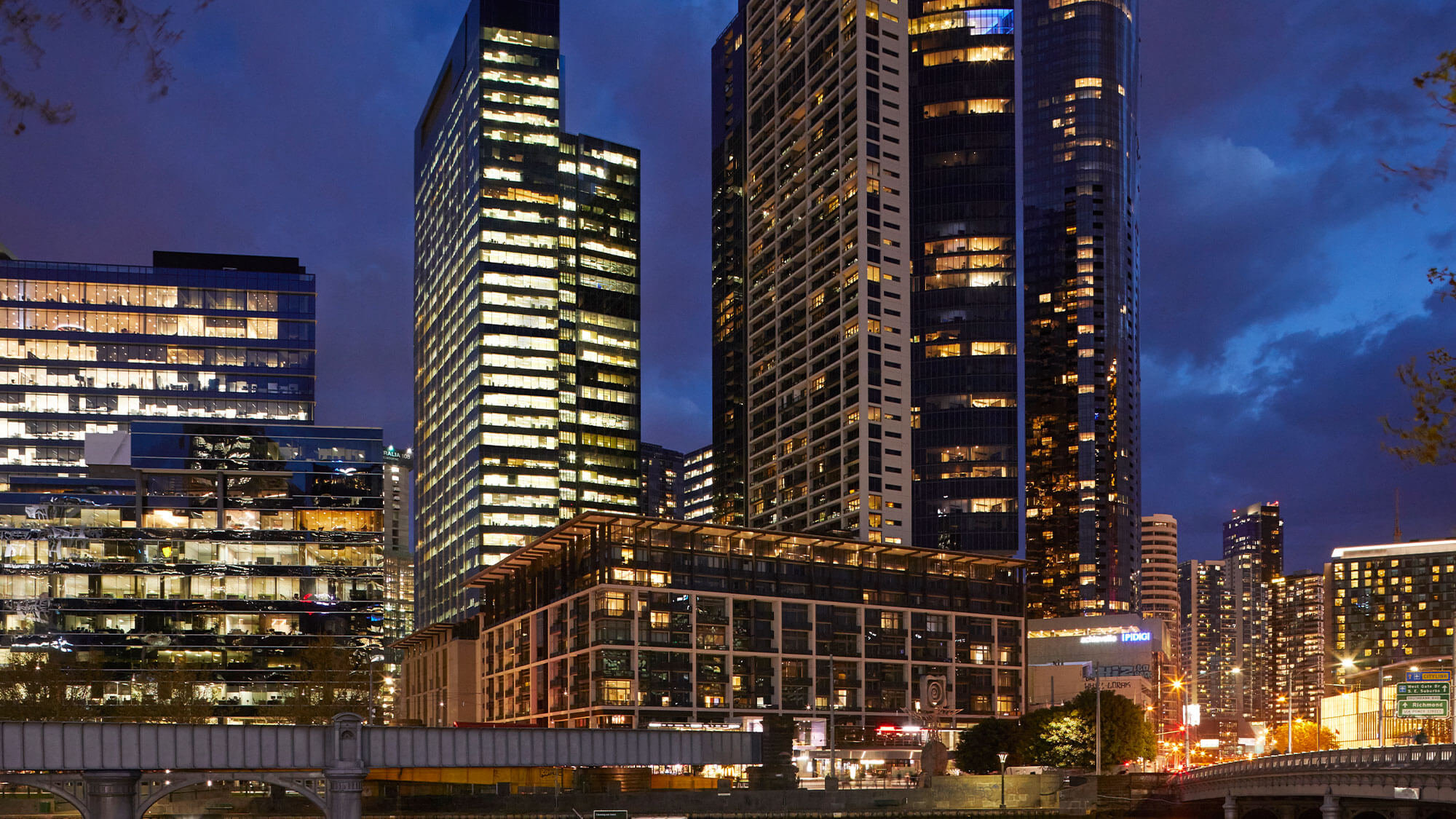 Tucked away on Kangaroo Point just 800m from the bustling Brisbane CBD, sits one of Frasers Property Australia’s most unique projects: Yungaba.

Yungaba House was originally commissioned by the Queensland Government in 1885 as an Immigration Depot, going on to live many lives over the years – serving as a ‘return house’ for Australian troops returning from the Boer War, a hospital for Australian troops during the wartime years of the 1900’s and a drafting office for architects working on projects for Brisbane City.

Acquired by Frasers Property in 2003, the vision for the entire Yungaba site, including the delicate restoration of Yungaba House, was clear from the outset: a rare opportunity to rehabilitate and preserve one of Brisbane’s oldest buildings while keeping this unique slice of Brisbane history alive for generations to come. 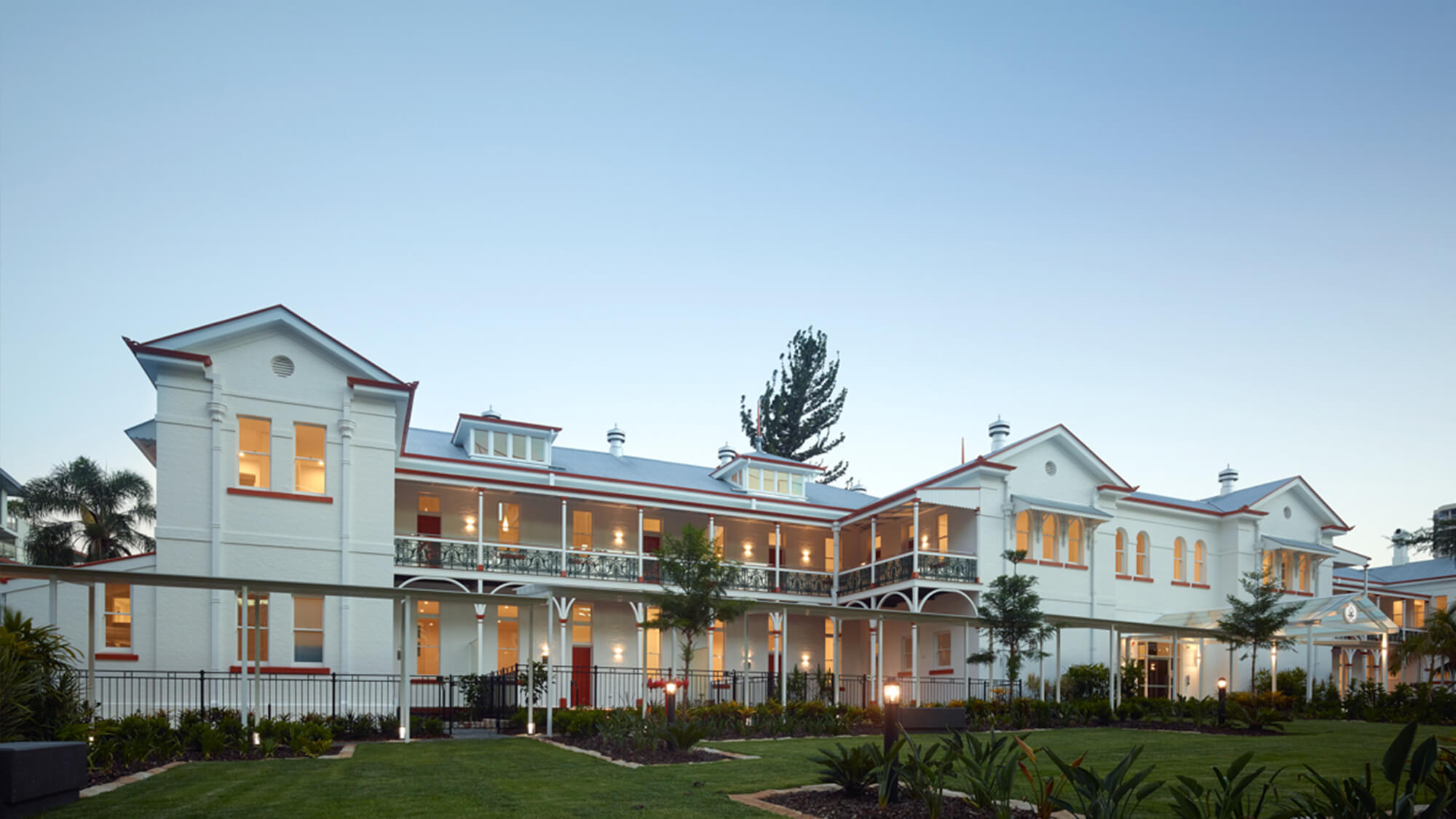 Featuring beautifully landscaped open links, spectacular water features and gardens, as well as a European-inspired piazza that flows seamlessly between four architecturally arresting apartment buildings, Queens Riverside celebrates the unique beauty of the Swan River and the surrounding native parklands and reserves. All within strolling distance to the world-renowned WACA Ground, Trinity College, and Queens Gardens.

Whether it’s a show at Optus Stadium, a cricket match at the WACA, or the restaurants and nightlife of the city, Queens Riverside residents are spoilt for choice. And when it’s time to retreat to home, there are exclusive amenities to enjoy – including pools, hot tubs, residents’ lounge, cinema-style theatre room, fully equipped gym, and resident concierge services.

The Queens Riverside precinct also includes Fraser Suites Perth. Offering short and long-stay options, these popular self-contained apartments feature stylish furnishings and fittings, balconies or floor-to-ceiling windows that open to allow in an abundance of natural light, as well as complimentary high-speed Wi-Fi and modern kitchens. It’s a unique offering that means Queens Riverside can be home for a day, a week, or forever.

For more information on these communities or any of the current Frasers Property communities under development, call 13 38 38. 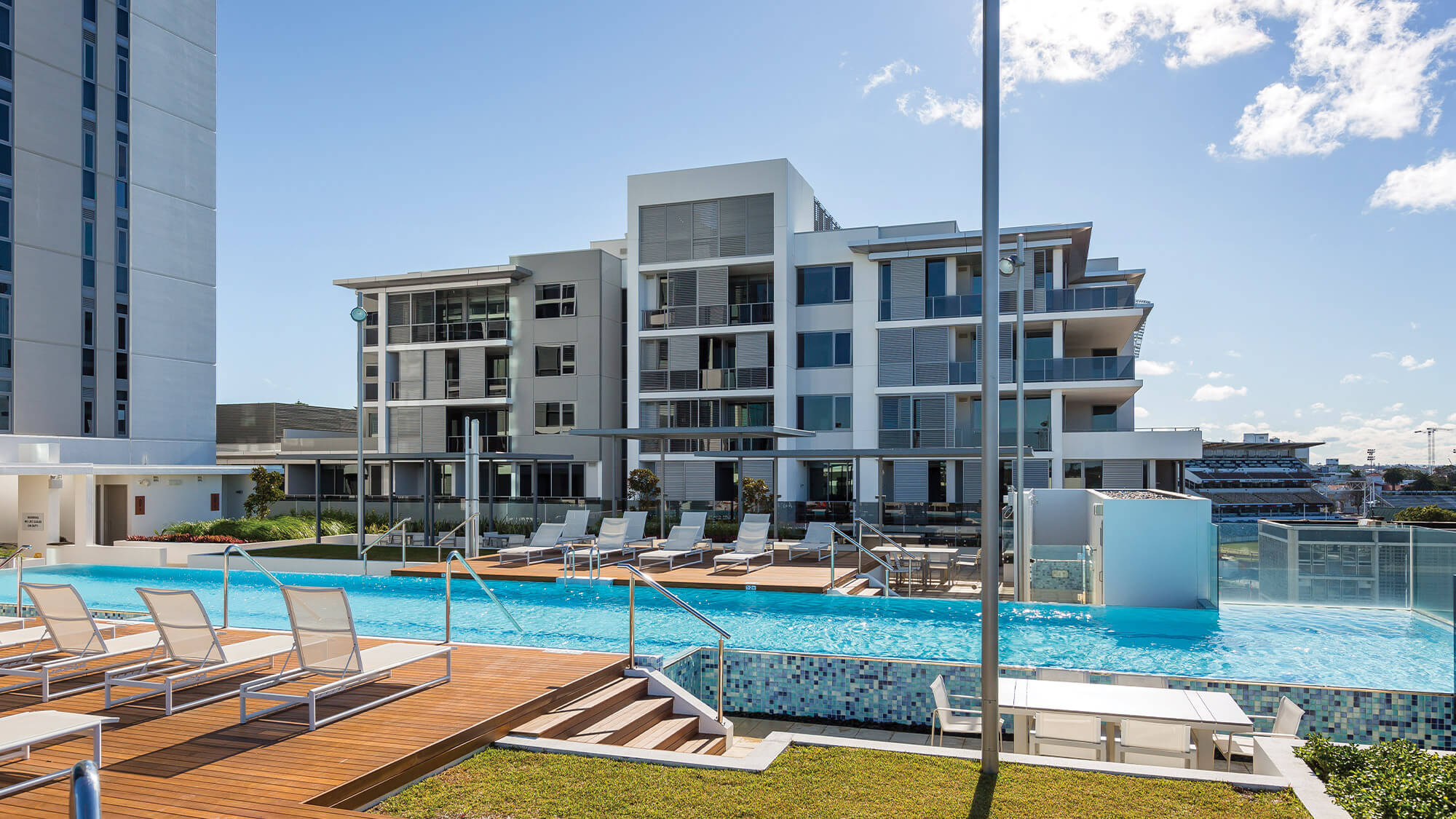 Five Farms takes form
In a world that’s becoming busier and more crowded, how to live well is a challenge facing all of us. Five Farms is a new kind of community that recognises this and has been designed with wellness at its core.
Paying it forward
Back to top
Our properties
Apartments, homes & land Commercial Retail Industrial
Our services
Apartments, homes & land Commercial Residential Property Management Overseas investors
About us
Introducing Frasers Property Australia Our community investments Health & safety Our people Corporate governance
Quick links
Frasers PerspectiveSustainabilityCareersContact usProsperity Loyalty ProgramFrasers Perspective Podcast
Get in touch 13 38 38