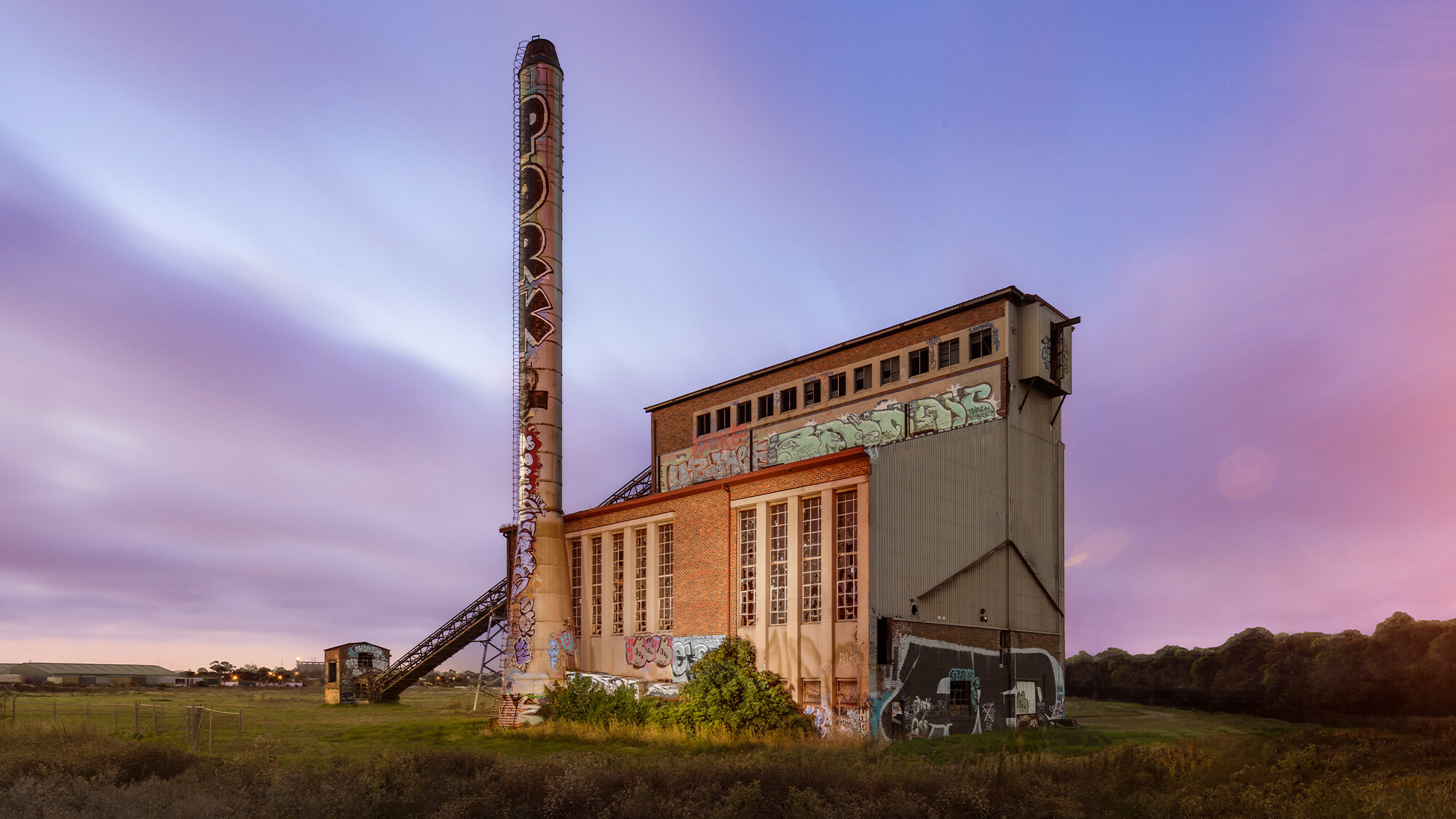 Opportunities to breathe new life into inner-city places – especially at the scale of the old Bradmill factory site in Yarraville – don’t come along that often. It’s why Frasers Property are working hard to ensure this former cotton mill becomes one of the most desirable communities in Melbourne’s inner west.

According to Victoria’s Department of Transport, more than 200,000 vehicles traverse Melbourne’s Westgate Bridge every day. For most motorists, getting to and from work on time is the key thought occupying their attention as they navigate the bridge traffic. But if they were to glance left as they head cityward, they might see a large factory site at the southern edge of the suburb of Yarraville, dotted with red brick buildings, graffitied boiler house, and a towering chimney stack that’s clearly seen better days.

This is the former Bradmill Industries Limited textile factory – at one time the country’s first and only manufacturer of denim, as well as a leading supplier of cotton workwear including iconic Aussie brand, King Gee. Established on site in 1938 and shuttered 67 years later, the 26-hectare factory site had lain disused and unloved for more than 16 years until it was given a new lease of life by joint venture partners Irongate Group and Frasers Property Australia.

Today, it stands on the cusp of an exciting program of renewal that will see this former cotton mill transform into the inner west’s rich new urban tapestry.

Honouring the site’s past as he plans to recreate its future is a privilege that Frasers Property’s Development Director Theo Della Bosca feels very keenly. He says that opportunities to “fill in the blanks” of a suburb like Yarraville at this kind of scale are virtually unheard of in inner Melbourne. And with a proud local populace that fiercely champions and protects the character of their suburb, there is already a good deal of interest in what the development plan will entail.

“If you know the inner west of Melbourne, you know that Yarraville is one of the city’s hidden gems”, says Theo. “It’s a suburb that has gentrified in this really interesting way, maintaining much of its working-class charm, while at the same time championing culture, diversity, and a genuine sense of community. So, we’re very conscious that the redevelopment of Bradmill must be sensitive to that context and be a place that feels like a natural complement to the Yarraville people already know and love.” 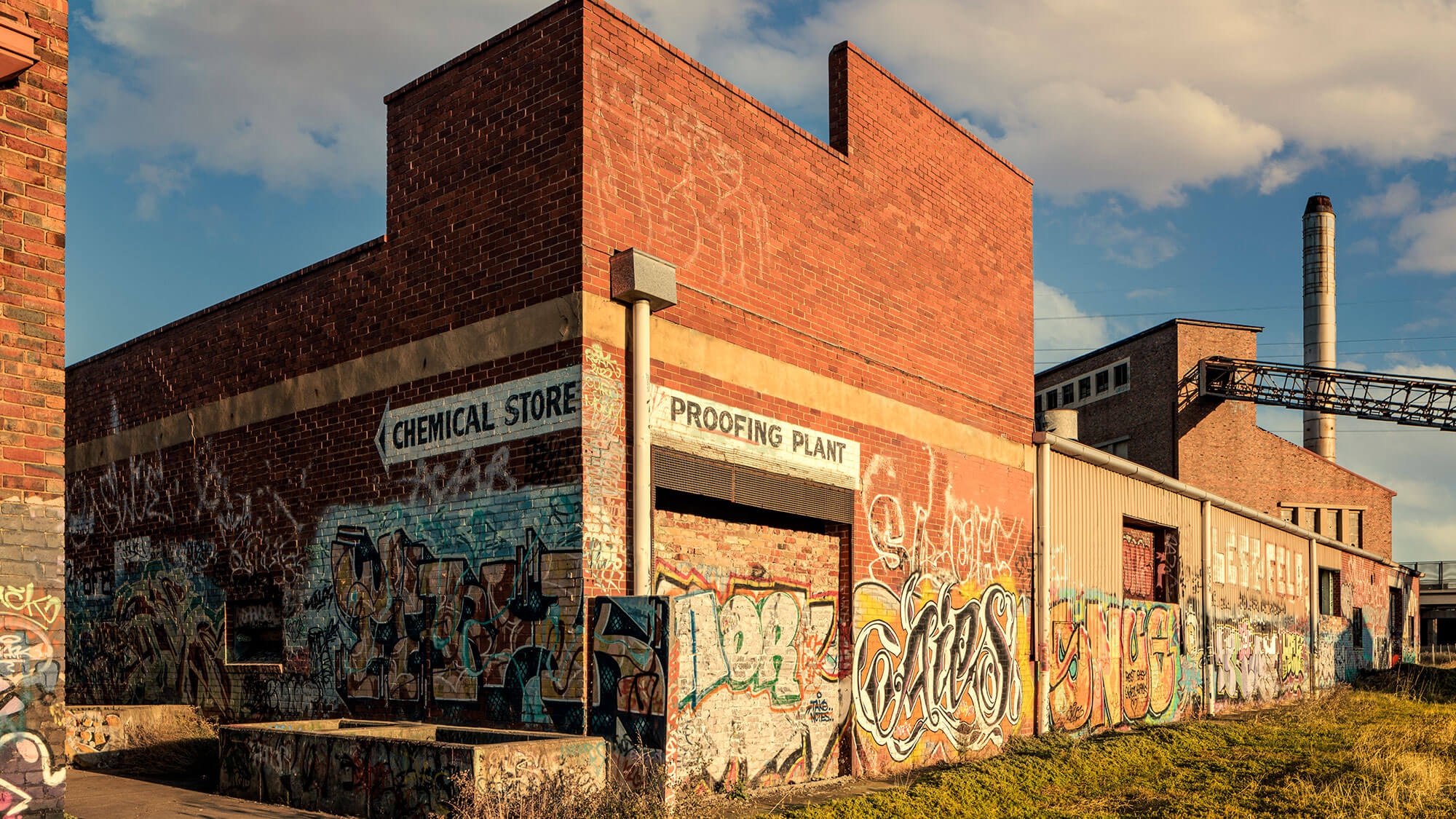 While the final development plan is yet to be confirmed for Bradmill, Theo’s team are hard at work preparing the ground. Site clean-up and remediation works are already underway in anticipation of the project launching in the first half of 2023. In terms of detail, Theo says that the final precinct plan will combine the full strength of neighbourhood design capability the company is renowned for, including residential, retail and sustainability initiatives.

“In total, we expect we’ll end up with around 1,100 dwellings on Bradmill, which will be a combination of apartments and townhomes”, explains Theo. “That will provide a bit more diversity in housing stock to the area, while at the same time reflecting the best in modern inner-city living including the goal of it being a 6 Star Green Star Community under the Green Building Council Australia’s sustainability rating and certification tool for communities.

“It’s also very important to us to have high-quality public domain and a civic focal point to the project. So Yarraville’s new public library will be based here and is to be developed as an iconic building integrated into the neighbourhood shops, cafes and meeting spaces. And of course, we’re across the road from McIvor Reserve with its massive grounds and sporting fields, so we’ll be focused on making sure that residents of Bradmill have easy and unfettered access to those as well.”

Another significant opportunity for the redevelopment is to incorporate aspects of the site’s heritage into its future form. In addition to restoring and finding new uses for the site’s distinctive red brick buildings and boiler house, the development team are also exploring ideas for incorporating materials and architectural styles reflective of its post-industrial past. There is also a project underway to document the history of the Bradmill factory and its importance in the lives of local workers and their families.

“At one time, Bradmill was a very significant employer in the area with as many as 1,200 people on-site at any one time”, says Theo. “And because it was around for so long, it was a place where some families saw their children go to work when they grew up. So, there’s this interesting multigenerational aspect to Bradmill. We’re really excited to get to know those stories better and share them for future generations to understand the importance and impact of Bradmill on the growth and economic development of Melbourne’s west.” 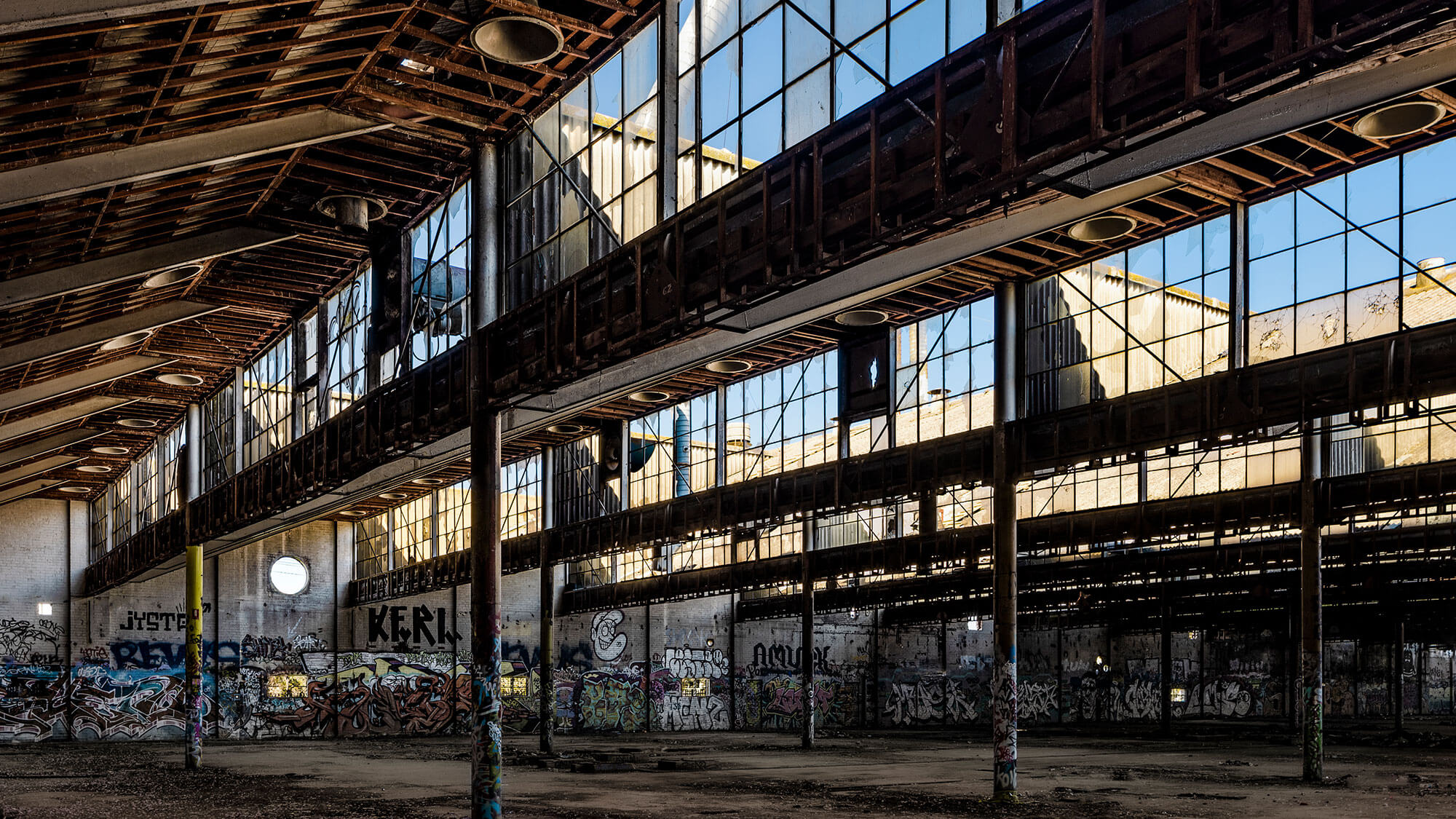 A community of builders

Following the acquisition of the Bradmill site, Frasers Property’s General Manager Development in Victoria, Sarah Bloom, made sure that the business connected with the local community to take their pulse on the intended development. What she found was a proudly inner-west identity and a highly developed sense of compassion and citizenship. So highly developed, the research firm that undertook the analysis said they’d rarely seen neighbourhood cohesion and community building scores as strong as those found amongst Yarraville residents.

“The character of Yarraville is very much a local village feel, where people love their community and invest their time and energy in it”, says Sarah. “There is this quite obvious desire to do right by each other and I think it’s one of the best things about the suburb.

“Naturally, as community builders ourselves, we hope that the future residents of Bradmill feel the same way. So, while we don’t ever think we can – or should – replicate the very distinctive village atmosphere of Yarraville, we intend for Bradmill to feel like it complements the identity of the suburb, with its own personality and authenticity. As placemakers, it’s a significant endeavour to undertake but one we’re absolutely confident we will achieve.” 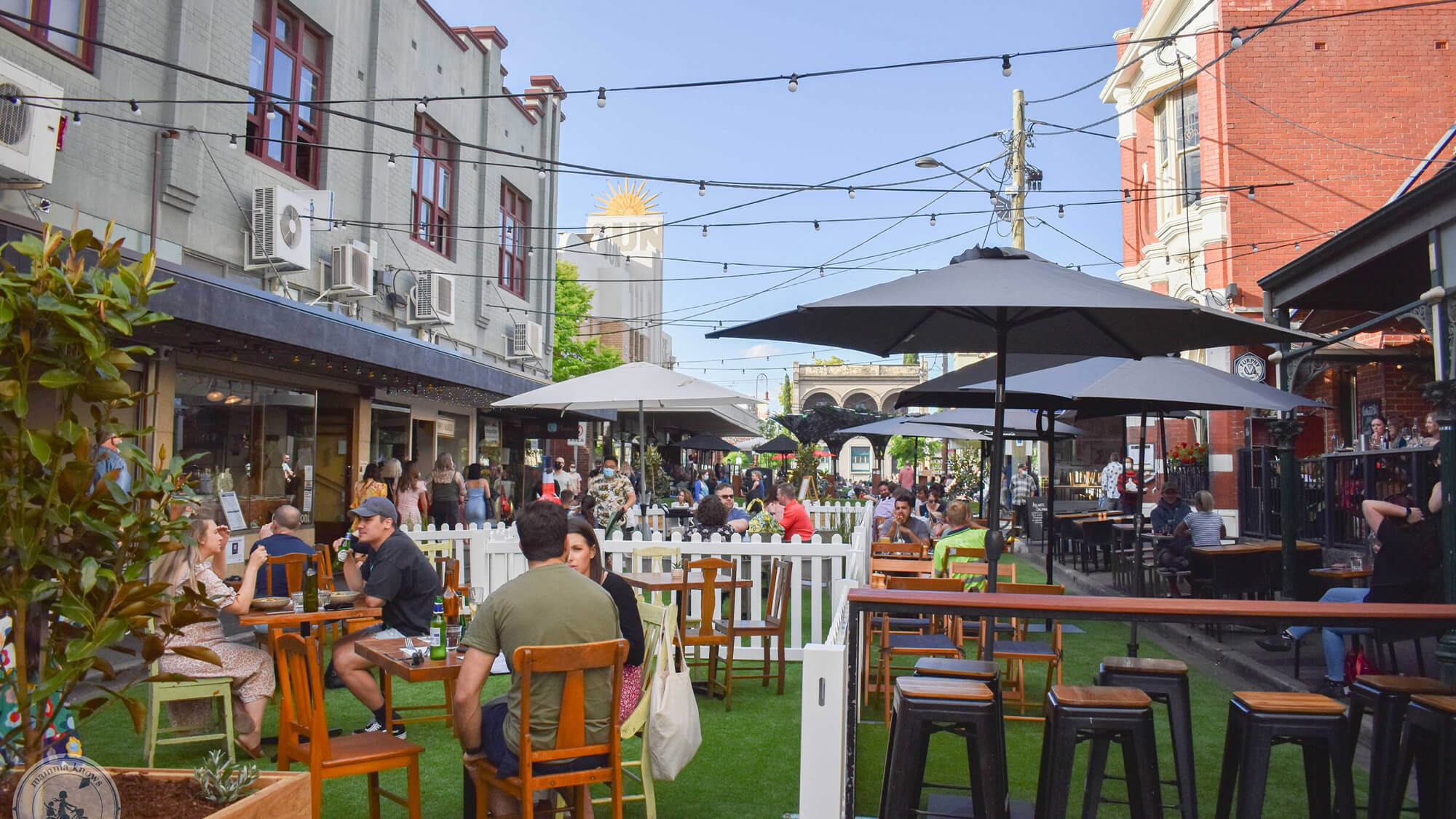 The sheer scale of Bradmill affords a remarkably rare opportunity to further enhance the vibrant character of the inner west.

Theo points to the Victorian Government’s plans for Fisherman’s Bend, at the western fringe of Melbourne’s CBD, as evidence of the transformation that’s going on in Melbourne’s west. The ambitious urban renewal plan is Australia’s largest, with homes for 80,000 residents, jobs for 40,000 people, and university places for 20,000 students by 2050.

“The money and commitment that’s being invested in Melbourne’s inner west is incredibly exciting”, says Theo. “When you take Fisherman’s Bend and Bradmill into account, you’re starting to see this really rich regeneration of fallow urban areas at tremendous scale.”

It’s a renewal of inner city living that threatens to reverse some of the ‘urban flight’ seen in recent years.

“We talk a lot about the people that have left the cities during the pandemic, but in fact we’re starting to see and hear evidence of people wanting to return because they miss the social connections, the culture, the big events or the career opportunities that cities provide”, says Theo. “I think neighbourhoods like Bradmilll will be a beacon for those who see the inner west as the most vibrant, modern, and diverse place in which to enjoy a tight-knit sense of community so close to everything the big city has to offer.”

For more information or to register your interest in Bradmill, contact Frasers Property on 13 38 38. 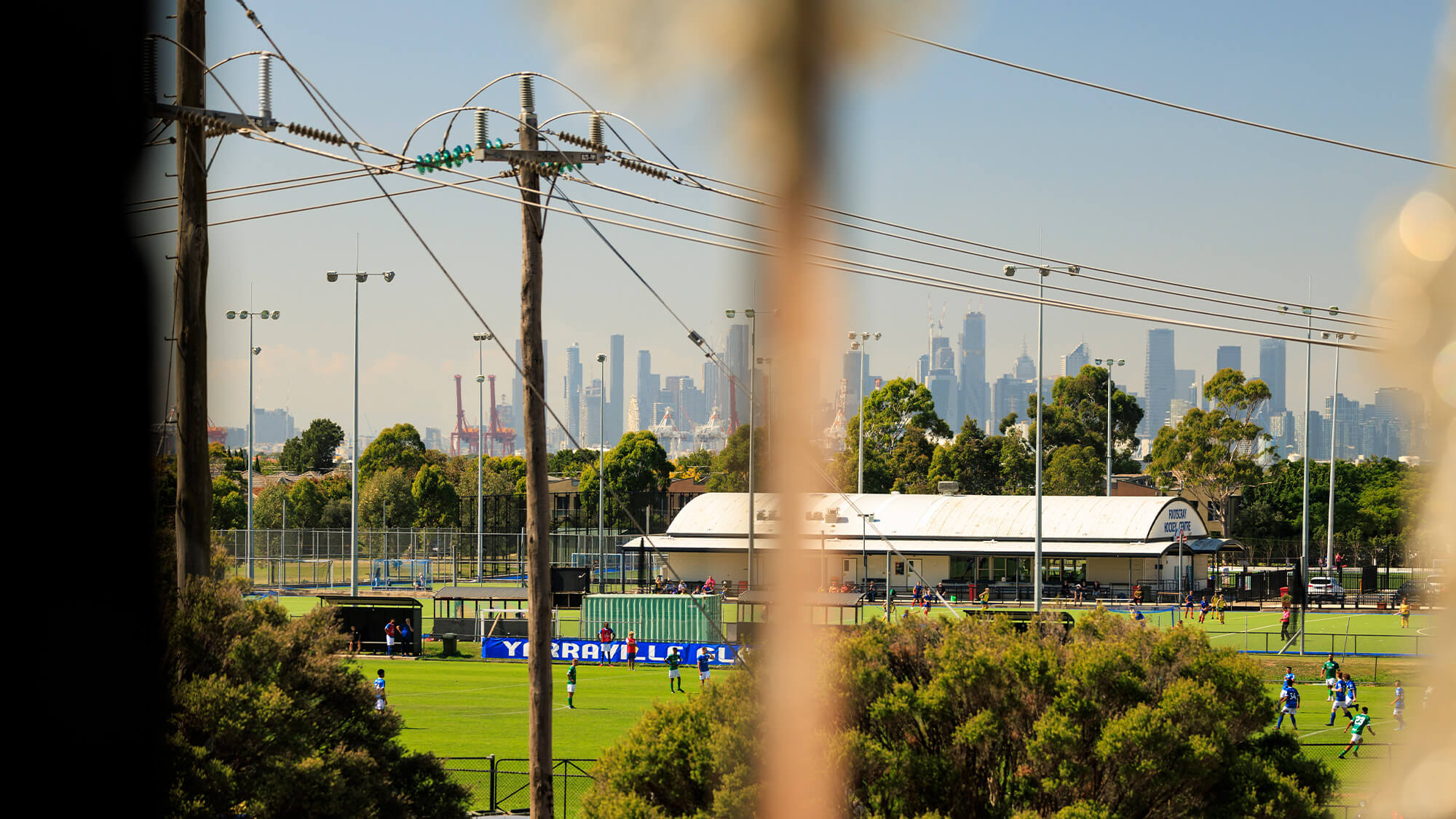 Five Farms takes form
In a world that’s becoming busier and more crowded, how to live well is a challenge facing all of us. Five Farms is a new kind of community that recognises this and has been designed with wellness at its core.
Back to top
Our properties
Apartments, homes & land Commercial Retail Industrial
Our services
Apartments, homes & land Commercial Residential Property Management Overseas investors
About us
Introducing Frasers Property Australia Our community investments Health & safety Our people Corporate governance
Quick links
Frasers PerspectiveSustainabilityCareersContact usProsperity Loyalty ProgramFrasers Perspective Podcast
Get in touch 13 38 38