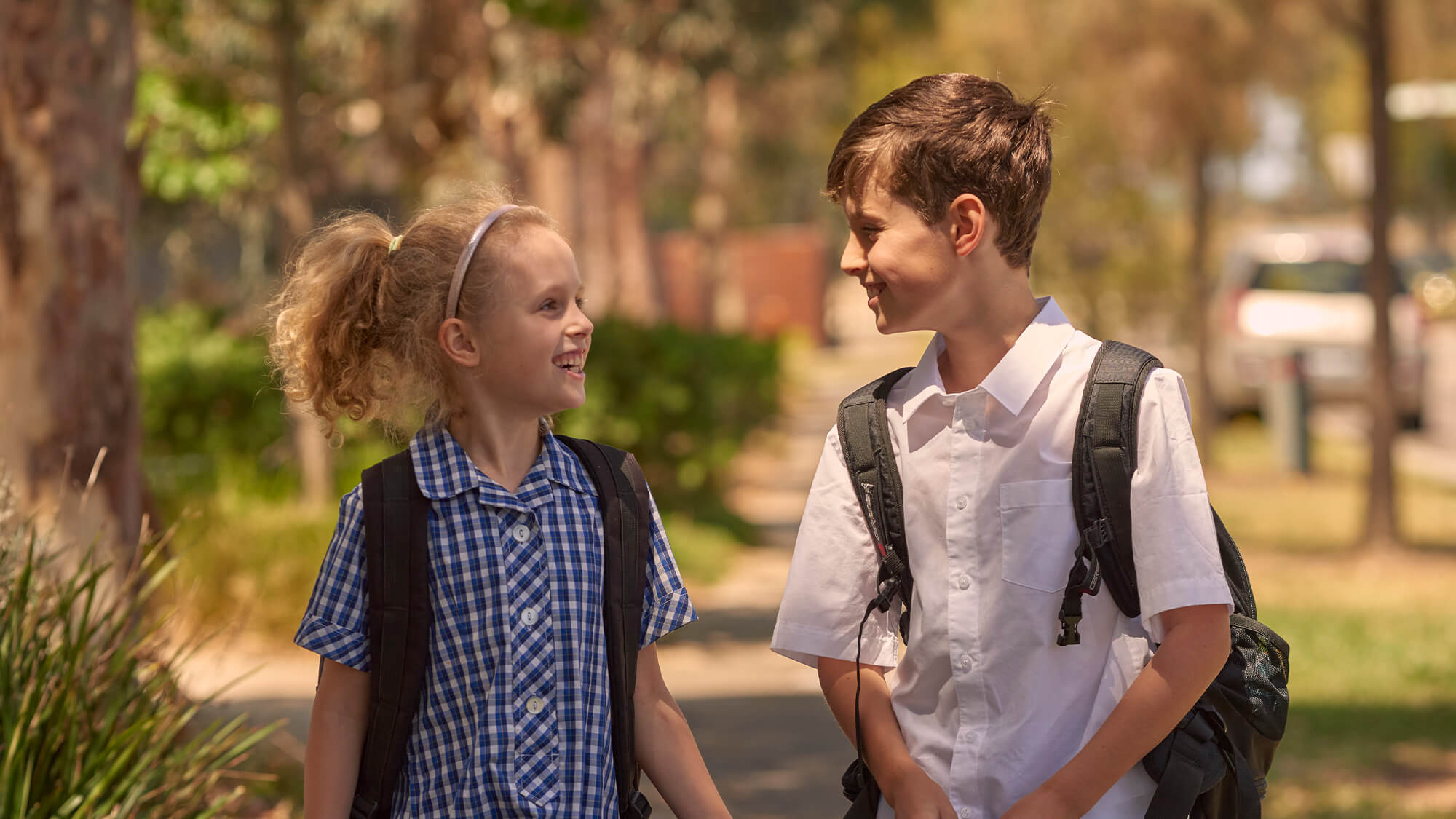 In a world that’s becoming busier and more crowded, how to live well is a challenge facing all of us. Five Farms is a new kind of community that recognises this and has been designed with wellness at its core.

But what does it mean to live well?  This is the question that the team at Frasers Property Australia’s Five Farms’ community in Clyde North pondered as they strove to design a neighbourhood around the concept of wellness. At Five Farms, living well will mean a combination of the principles of health, happiness, prosperity, sustainability and community. These form the five pillars that the neighbourhood has been designed and built around to ensure that Five Farms will be a community that puts the wellbeing of its residents first.

This people-first approach has resonated strongly with buyers in Melbourne’s south-east, with unprecedented demand for the first stage release.

David Mazzotta, Senior Community Development Manager at Frasers Property Australia explains, “you’re not only buying into a community, but the vision of shared values in that community and shared aspiration. I think that’s why it’s so attractive, because the people that buy at Five Farms can buy there with confidence, knowing that the people who are going to be next door or across the road from them have those same shared values and shared aspirations.”

As the community’s first residents approach their settlement dates and the neighbourhood begins to take form, Live proud magazine takes a look at just what it is that sets Five Farms apart. 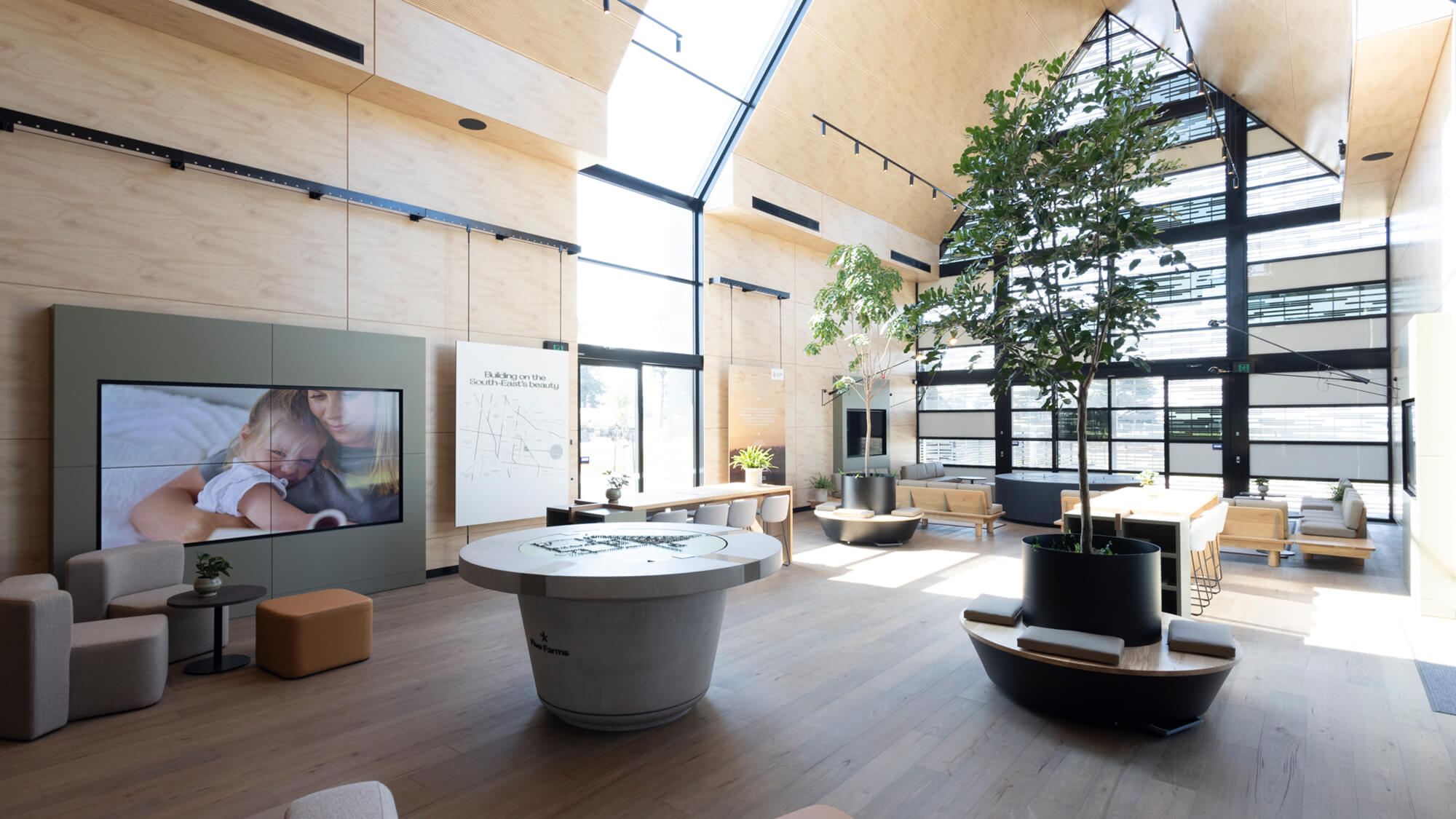 Inspired by its past

Five Farms’ focus on wellbeing is complemented by an appreciation of the site’s past. This emphasis on history can be seen in the choice of name for the new neighbourhood. “It’s called Five Farms because the family who owned the land on which it’s built had, over 100 years, acquired five farms”, explains David. “The family has taken a keen interest in the visioning for the project. Our five different stages will each be named after the name of each of these farms to weave in this cultural history of the site.”

“The site has such a rich agricultural history”, Amandip Gurm, Project Marketing Manager at Frasers Property Australia adds. “We wanted to ensure we reinforce this not only in the community’s name but also in all the little details throughout, like the grain silo structure that will be included as part of Five Farms’ first park.

“The families that have lived here have so many amazing stories to tell. We wanted to make sure that we celebrate them, whether it be through the naming of the town centre and streets or physical attributes.”

Clare Swanson, Community Development Manager, further elaborates, “Five Farms tells a story of history. You have that connection of place to the farmland, but also to the Bunurong Land. We’re hoping to incorporate elements of the Bunurong history into the design of the parks. All of this history will be dispersed throughout the project to help reinforce that connection to place.” 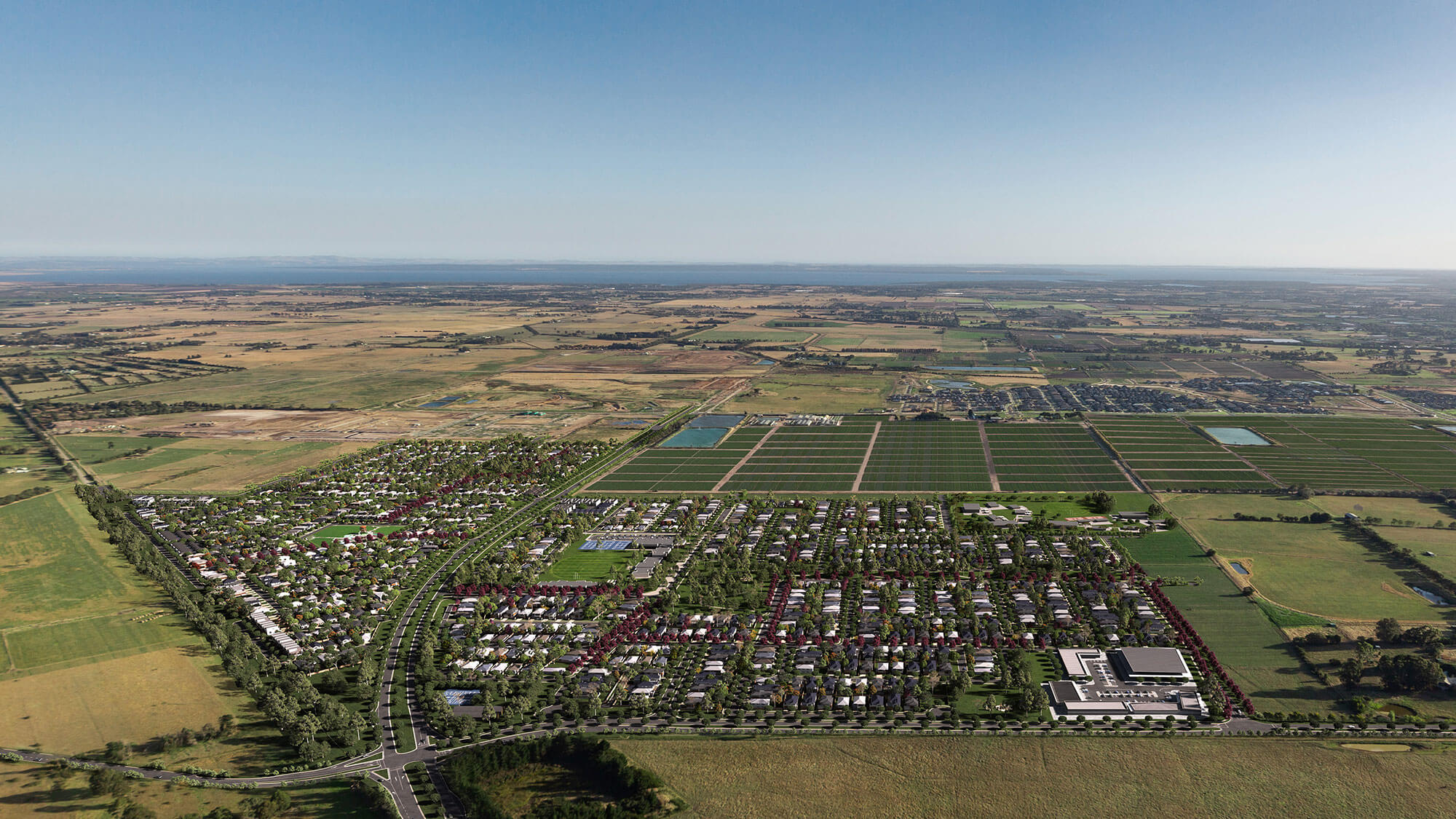 Construction at Five Farms may have only started last year, but the community’s sales centre is already providing some insight into what residents can expect from the future neighbourhood. Rather than following the industry norm and erecting a temporary space, the team have gone all out on the sales office – designing a permanent structure that will remain a fixture of the community, even long after Frasers Property’s involvement ends.

“We didn’t want to create something that looked temporary”, reflects Amandip, “we wanted to show our commitment to quality infrastructure by delivering and putting together a sales office that was going to be there from the start of the project right till the end. The building will evolve into the future residents’ club over time. When people come into the sales centre, they can see exactly what they’re going to get.”

“It’s been designed to look like a barn”, Clare further details. “When you go inside, you’re immediately struck by these high ceilings. The building is home to meeting rooms and spaces for the kids and is underpinned by a focus on accessibility. The space will also become a meeting point for residents when they move in.”

The sales centre is the first of many steps in building a thriving, connected community at Five Farms. Everything from the design of the landscape to the consideration of street placement is integral in fostering connections between residents.

“Bringing the community together starts in the design phase”, elaborates Clare, “it’s in the design of the parks and landscaping. It’s about the cycling trails and the walking paths.”

“If you do your placemaking right and look into the fine-grained detail of future amenity”, continues David, “you can create opportunities for people to connect and have serendipitous conversations.”

Social connections are key to creating a connected community. As one of the five pillars that Five Farms has been created around, the neighbourhood has been designed in a way that helps to bring new friends and neighbours together to encourage quality relationships and connections with others in the community. 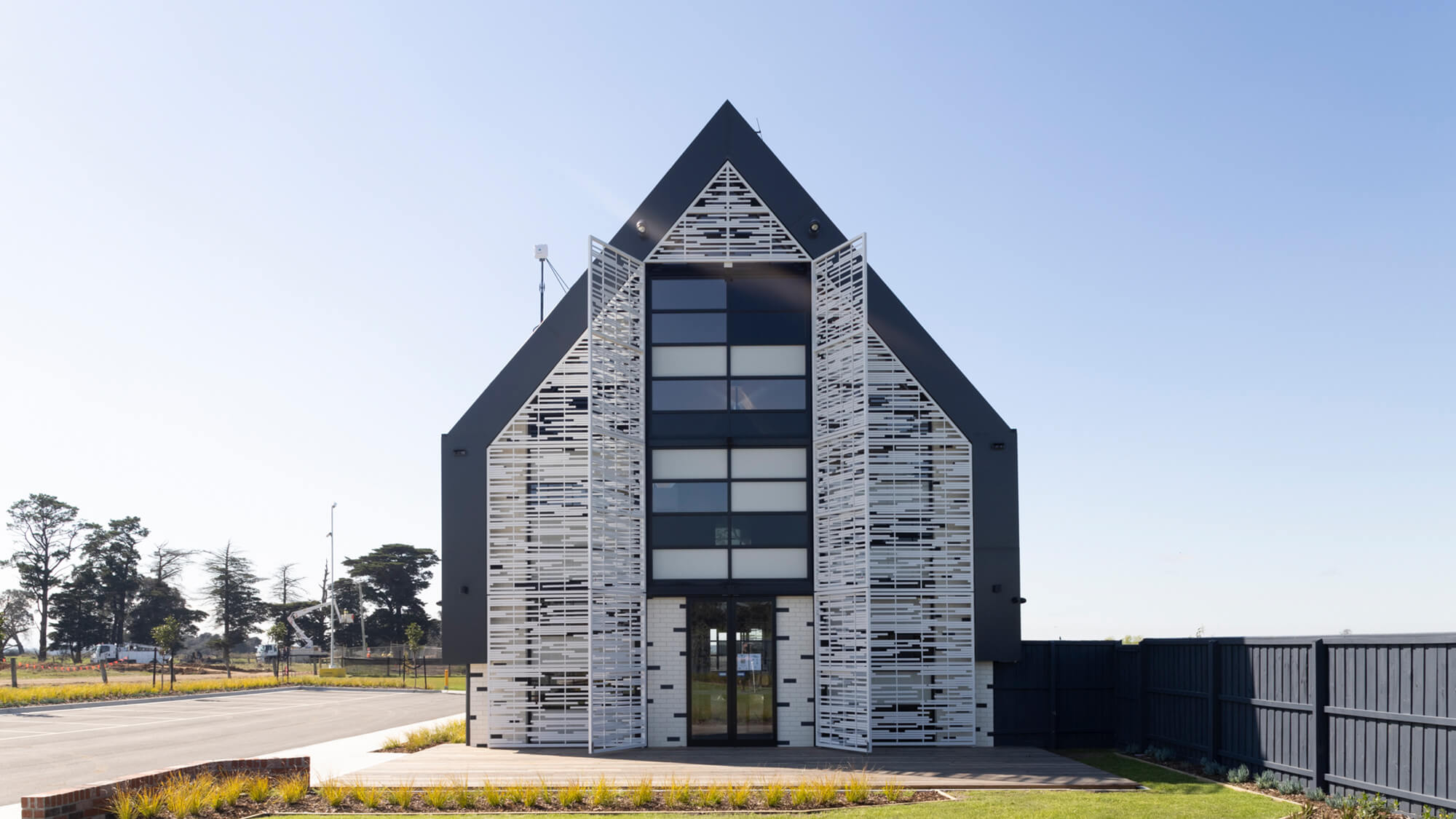 As residents begin to move into the neighbourhood in 2023, the community’s amenity-first approach will mean that more infrastructure such as parks and schools won’t be far behind.

“Five Farms’ park will be an all-abilities play space”, shares David, “it’s been designed to have these spaces that are low load so that children who may have varying neurodiversity attributes have places where they can retreat to if they’re getting overly stimulated or not quite gelling with what’s going on. It’s important to us that Five Farms is accommodating to families who may face these challenges. We want to ensure that everyone has equal opportunity to live well and enjoy the community.”

The soil has already been turned over on the site that will be St Josephine Bakhita Catholic Primary School. This is one of two proposed schools in the community, with construction on the primary school expected to commence later this year.

“Having this convenience plays a role in living well”, David continues, “the more convenient your life is, the less time you’re spending driving to the school or supermarket. Which in turn, is more time that you have to spend with your family.”

“Five Farms’ masterplan is something that we’ve really thought about, to ensure that the community is a place where residents can live well in every aspect” concludes Amandip. “We want our future residents to feel that it’s an easy choice, choosing Five Farms. And that they’re choosing to reside in a community that they can not only see themselves living in, but their kids as well.” 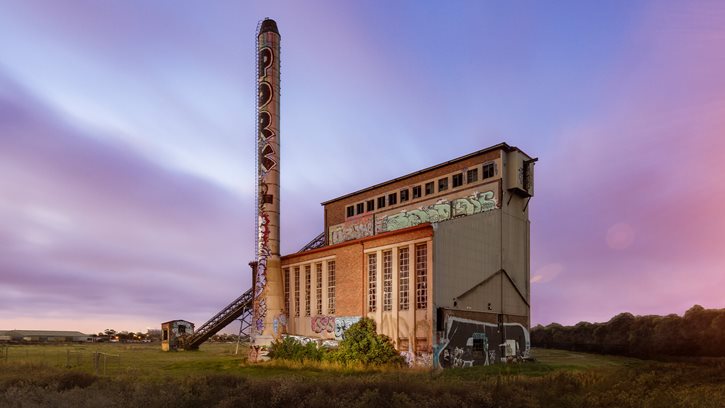