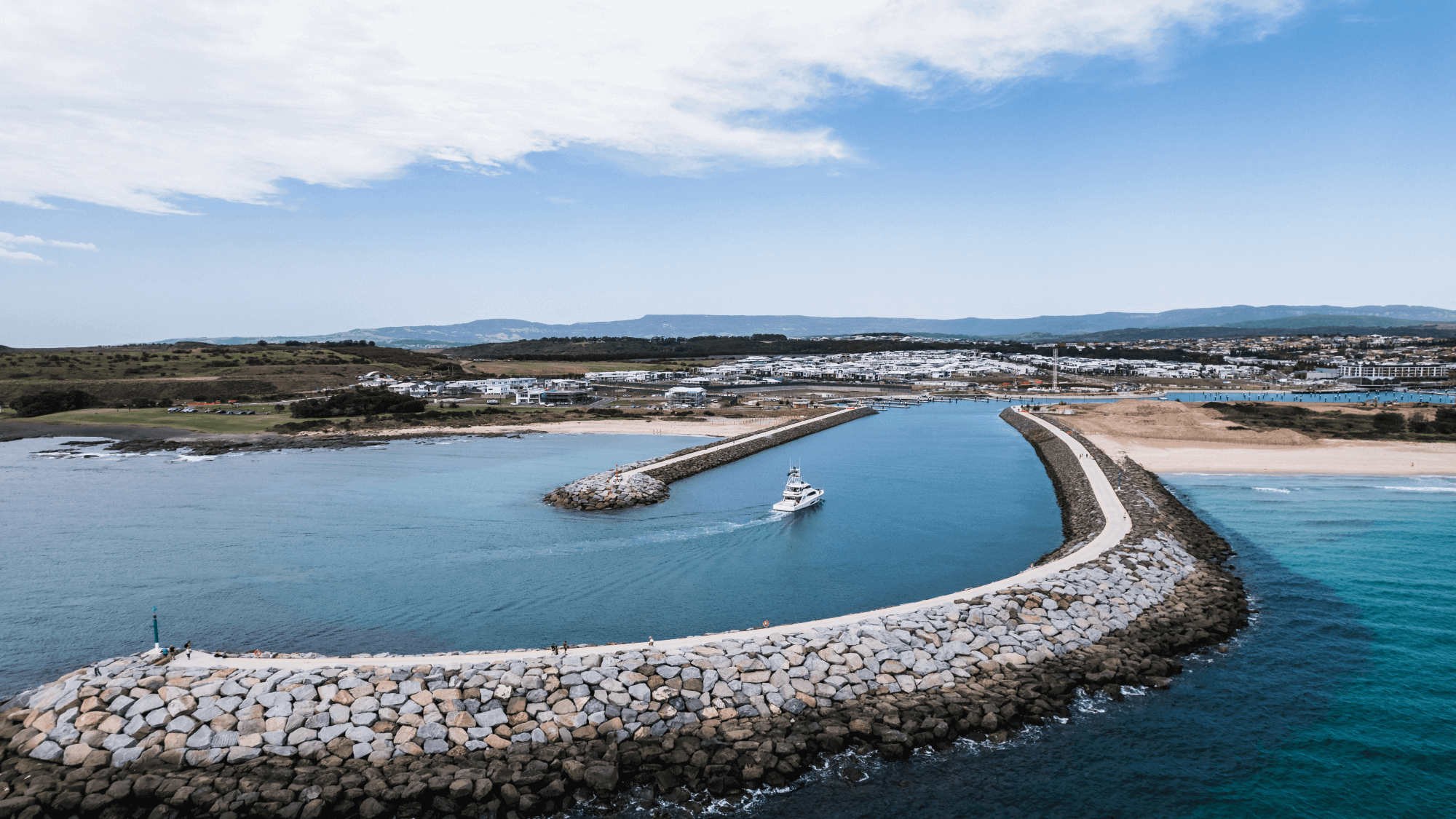 After 30 years in the making, the Illawarra and South Coast’s new regional boat harbour welcomed its first boat today as the new harbour foreshore precinct officially opened to the public at The Waterfront, Shell Cove.

The Waterfront, Shell Cove is a new masterplanned community by Shellharbour City Council, with Frasers Property Australia. It is situated in a natural coastal setting surrounded by beaches, parks and wetlands close to schools, transport and major centres.

“The people of Shellharbour City have been looking forward to a new harbour for over 30 years and we are very excited to now deliver this fantastic regional tourism asset. In addition to the jobs generated during construction, the facilities and infrastructure here will generate ongoing local jobs for generations,” says Mr McIntyre.

“Starting today, residents, locals and the wider community can enjoy the world-class Shell Cove Harbour, stroll along the foreshore promenade and boardwalks that wrap the harbour’s perimeter and enjoy the stunning view.

“It's one of the most anticipated moments of the development. The new harbour and marina will be enjoyed by residents of the City and visitors and will well and truly put Shellharbour City and the Illawarra region on the map. I express my appreciation for the work of those people at the Council that have contributed to the project over many years and during some challenging times.  The Council staff that have been involved with the delivery of this project span 30 years and specific acknowledgment goes to Kevin James who is still working on the project and has been from the beginning.  In more recent times, the work of Scott Bridgement and Wayde Peterson has been key to delivering a successful outcome.

“The significance of this new operating harbour and facilities to the local community, the boating community and the tourism industry cannot be overlooked.  It is one of the largest pieces of infrastructure delivered by a local government in Australia,” he says.

The opening of the harbour foreshore precinct will also activate The Waterfront Dining Precinct. It also sees a range of other dining and entertainment options on the foreshore.  More restaurants will open for harbourside dining in the coming months with the entertainment centrepiece, The Waterfront Tavern now scheduled to open in early December.

Anthony Boyd, Chief Executive Officer, Frasers Property Australia paid tribute to the many different people and partners who have contributed to today’s opening.

“The delivery of such a major piece of infrastructure is a credit to the vision of Shellharbour City Council and to the technical expertise of the world-class team of engineers, contractors and project partners Frasers Property has had the pleasure to work with over the years,” Mr Boyd says.

“Of course, the team from Coastwide Civil has been integral to the success of this project and I’d like to thank the Rogers family, Gary, Craig, Scott and Tim for their professionalism and dedication. They always wanted to be one of the first boats into the harbour and I’m delighted they got to enjoy the privilege.

“Additionally, to the large and dedicated team at Frasers Property led by Nigel Edgar and Simone Dyer, congratulations. Together, the team has worked long hours over many years not only to create a community with world class amenity that will bring growth and prosperity to the region, but also a place where people feel a sense of belonging.

“Finally, to the people of Shell Cove, we thank you, and we hope you’re proud of these new lifestyle amenities and facilities,” Mr Boyd says.

Simone Dyer, Development Director, Frasers Property Australia said it was a very special day for everyone on the project team.

“Today is certainly a career highlight for all of us on the project team and we’re delighted that the community is as excited about the new harbour as we are,” Ms Dyer says.

While COVID-19 rules affected the scale of the event that could be held today, The Waterfront Food and Wine Festival next February will be a chance to celebrate Shell Cove and experience the best of the South Coast like never before.

Showcasing local artists and the region's award-winning wine, craft beer and spirit producers, alongside the world-class Shellharbour Marina. The two-day family-friendly event will be supported by a huge program of live performances, free entertainment, workshops and displays and will be a chance to celebrate not only a project thirty years in the making, but the legacy that this destination will create for generations to come.

The Waterfront, Shell Cove Sales Centre is in The Waterfront Town Centre at Shops 1 and 2, 100 Cove Boulevard, Shell Cove. It is open seven days from 10.30am to 5pm. Call 13 38 38 or visit www.thewaterfrontshellcove.com.au for more information. 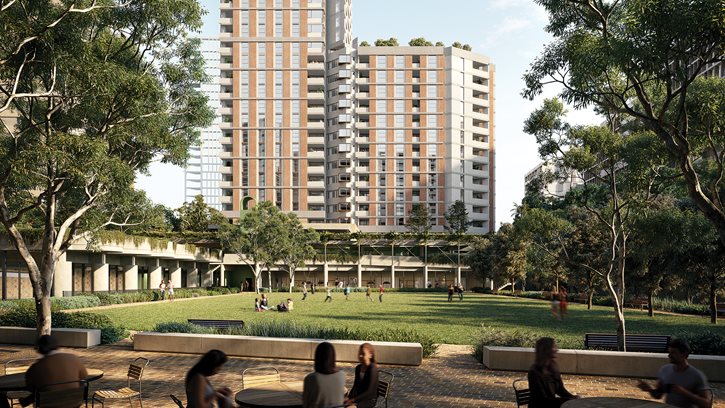 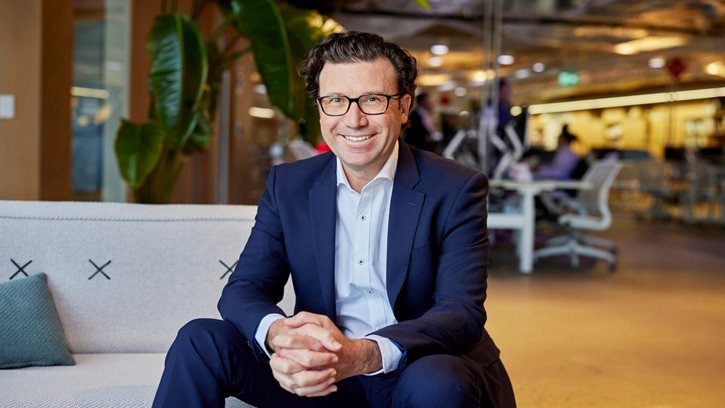 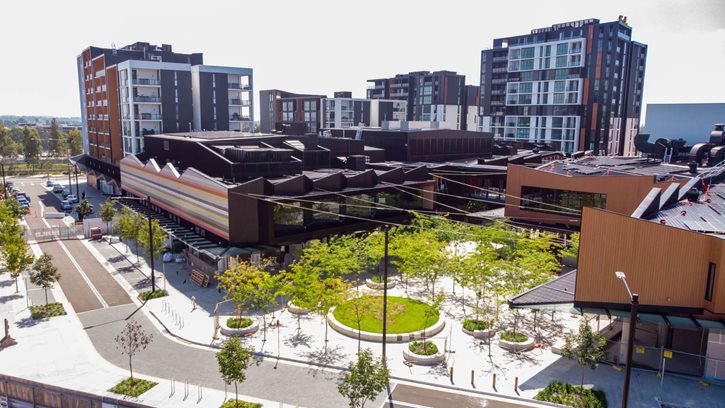 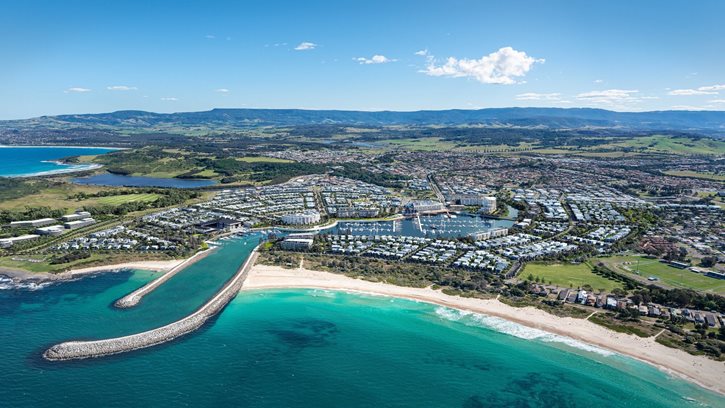 From vision to reality: the activation of The Waterfront, Shell Cove
Tourism numbers swell as focus turns to new homes and amenities
Residential  |  Retail  |  News 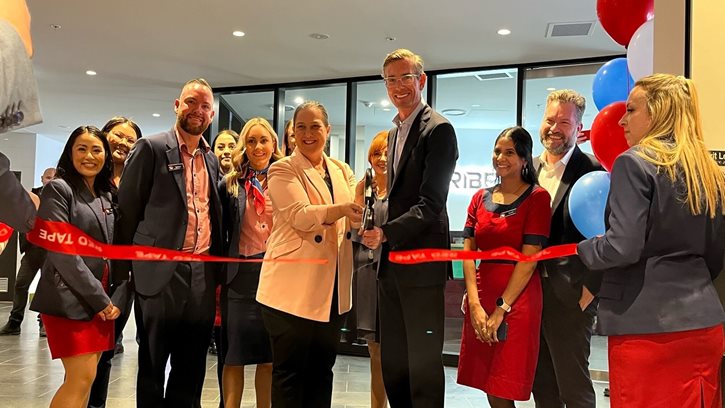