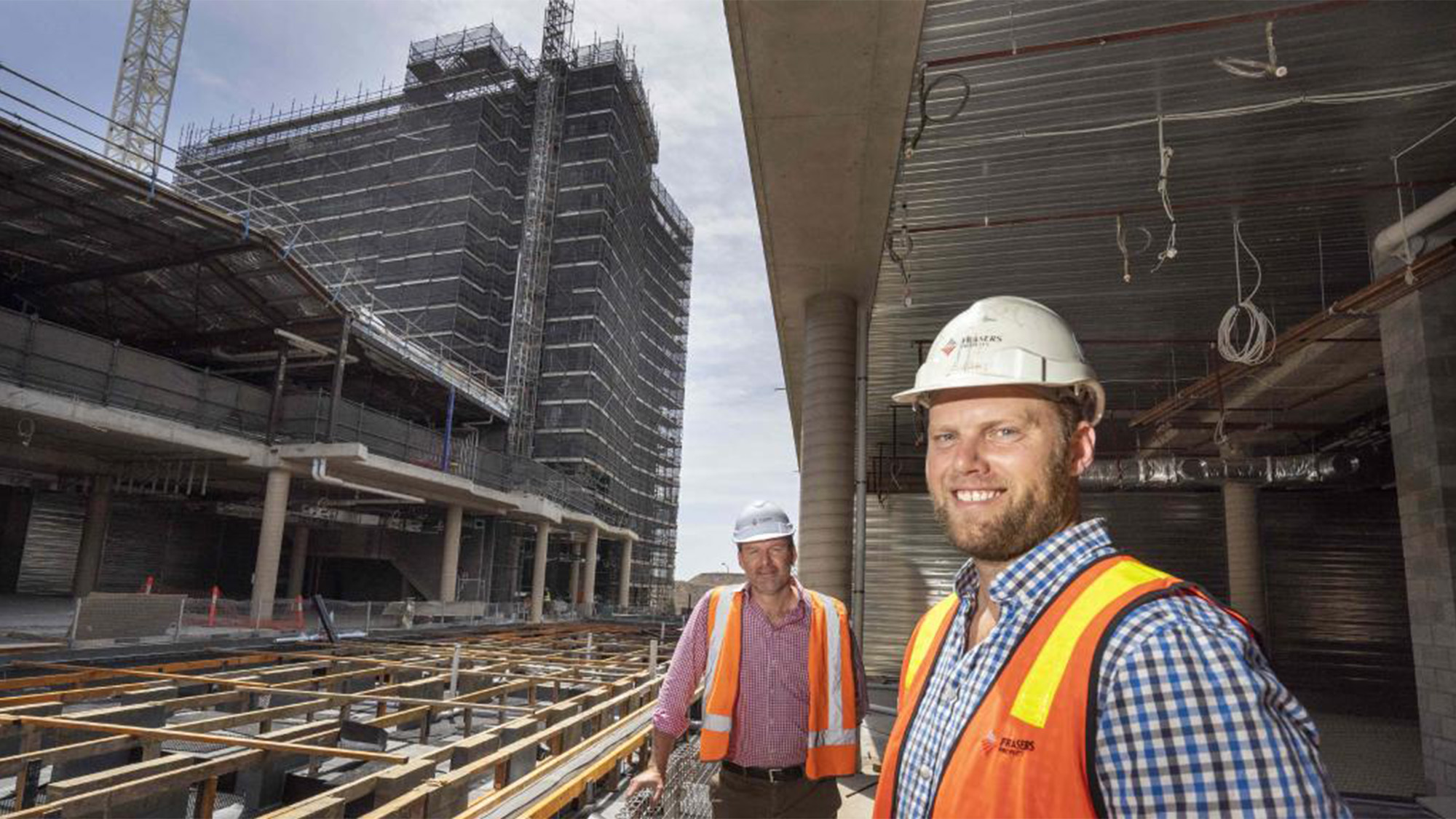 A fresh food marketplace, medical facilities and a range of dining options will be fully operational when the first residents move into one of southwest Sydney’s newest masterplanned communities later this year.

The Leader was invited on an exclusive tour of Ed.Square in Edmondson Park, where construction is four months ahead of schedule. 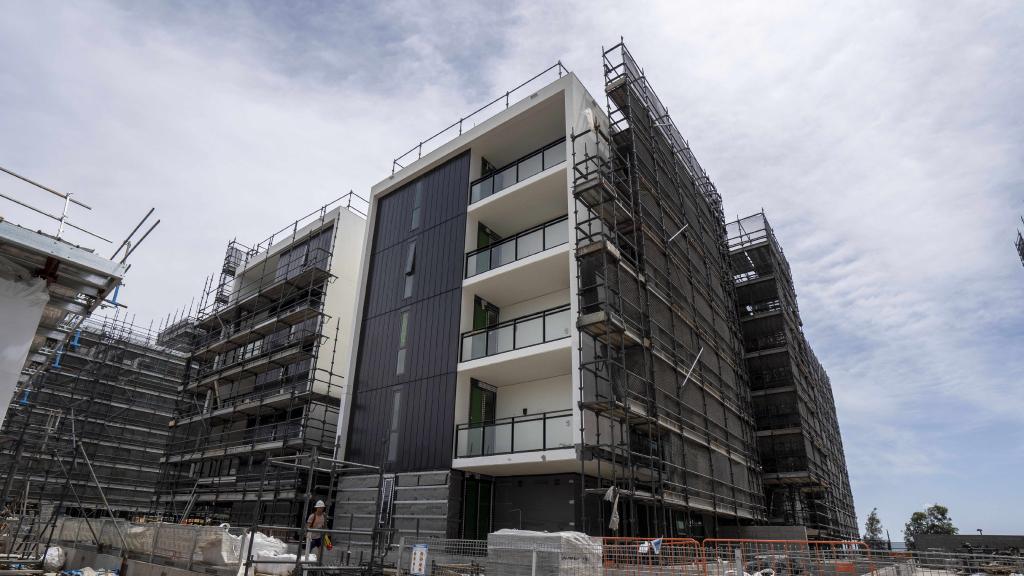 The first stage of the massive project — town centre east — is set to open mid-year.

Up to 700 residents are expected to move into the first apartment buildings by Christmas, with 367 apartments and townhouses sold since the project launched in 2018.

“We’ve done that during a downturn and that’s because people can see the value out here with the train station and the town centre,” Frasers Property Australia development director Warwick Dowler said.

Ed.Square is being developed next to Edmondson Park railway station and promises an inner-city lifestyle in Sydney’s southwest, with a mix of housing, shops, services and open space within walking distance of homes.

“When we open the first stage of the town centre … the food and dining eat street will be opening so that’s … 24 restaurants and shops and bars that will open. The Coles grocery store will also be opening in the northeast quadrant and so, too, will Event Cinemas,” Mr Dowler said. 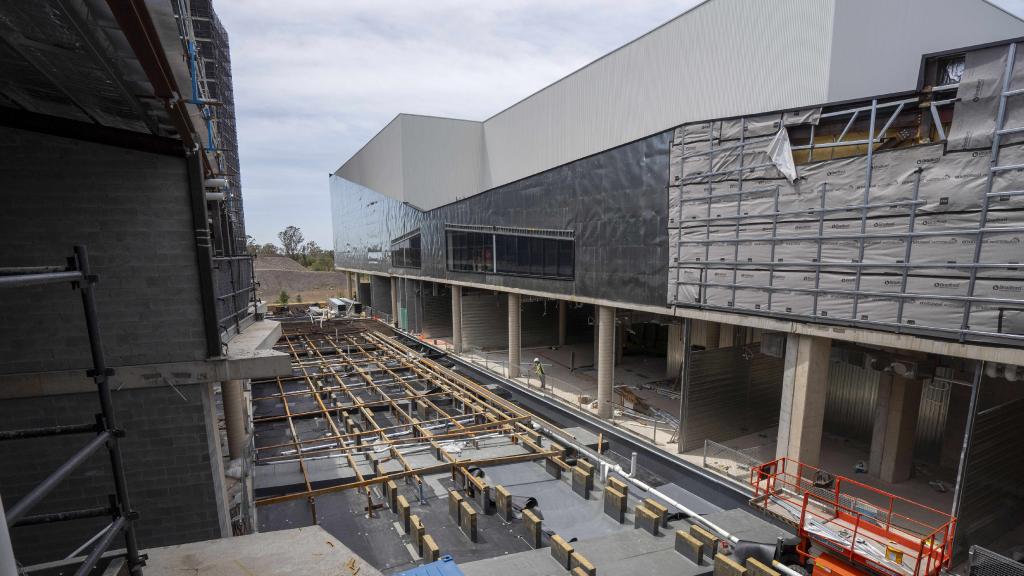 Construction is in full swing, with preparations being made to install large mature trees and landscaping to create a green canopy over children’s play areas and the town square, which will feature a waterplay area.

The number of trees being planted across the development site has tripled since early concept designs were drawn up, with some as tall as 10m.

When the Leader visited, final works were being carried out on the Event Cinemas complex, which will be handed over to the company for fit-out in coming weeks.

The complex will have two large movie theatres and four smaller spaces.

Works were also underway to get the Coles supermarket ready, with the floors in the process of being polished and shelves and fridges recently delivered.

An Eat St precinct will be open to residents and the public by mid-2020, offering indoor and outdoor dining options, including a bar and restaurant.

Mr Dowler said being ahead of schedule was a “big milestone”.

“It means we’re able to provide the amenity that the area has been begging for four months ahead of schedule.

Chemistworks, Myhealth Medical Centre, Ed. Square Dental, Back in Focus and Anytime Fitness are among the services that will be available at the town centre. 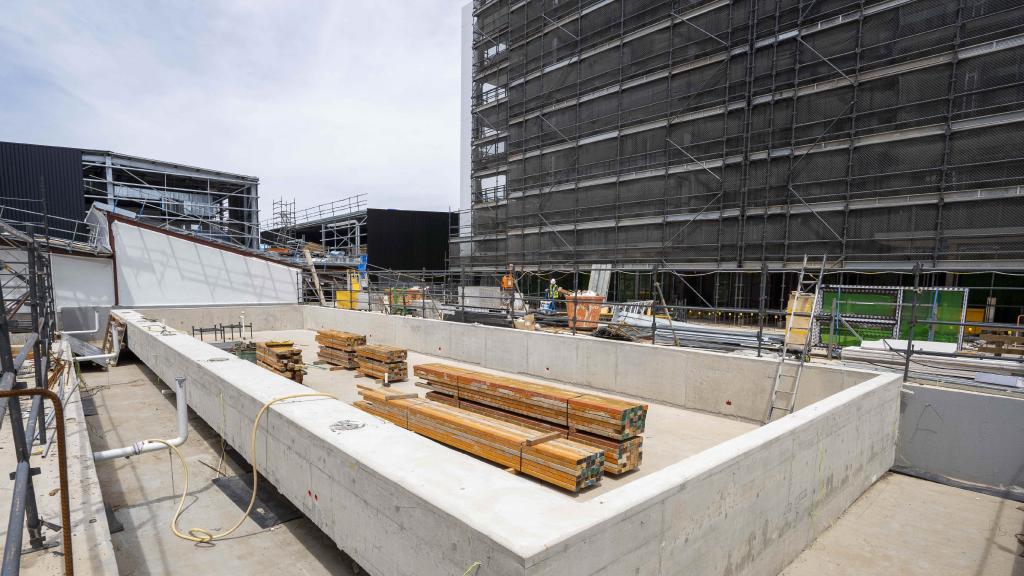 Frasers Property has also confirmed a massage and acupuncture specialist, sporting goods retailer, pathology and childcare operator will be among the stage one tenants.

Mr Dowler said Ed.Square was different from other masterplanned communities because of its connectivity.

“We have a train station which means that you can walk out your front door onto the train station and be in town under an hour,” he said.

“It’s going to eventually link in to the new Western Sydney Airport, so the reliance on cars out here is going to reduce because we have such a great public transport network and you’ve got all this amazing retail offering at your doorstep.”

This article originally appeared in The Daily Telegraph: https://www.dailytelegraph.com.au/newslocal/liverpool-leader/edsquare-town-centre-shops-cinema-apartments-to-open-this-year/news-story/1605edc91de64eb03d9aab07d59ae315?btr=5d30e1d47505dd8dd7d0da2bd9bc0fe6