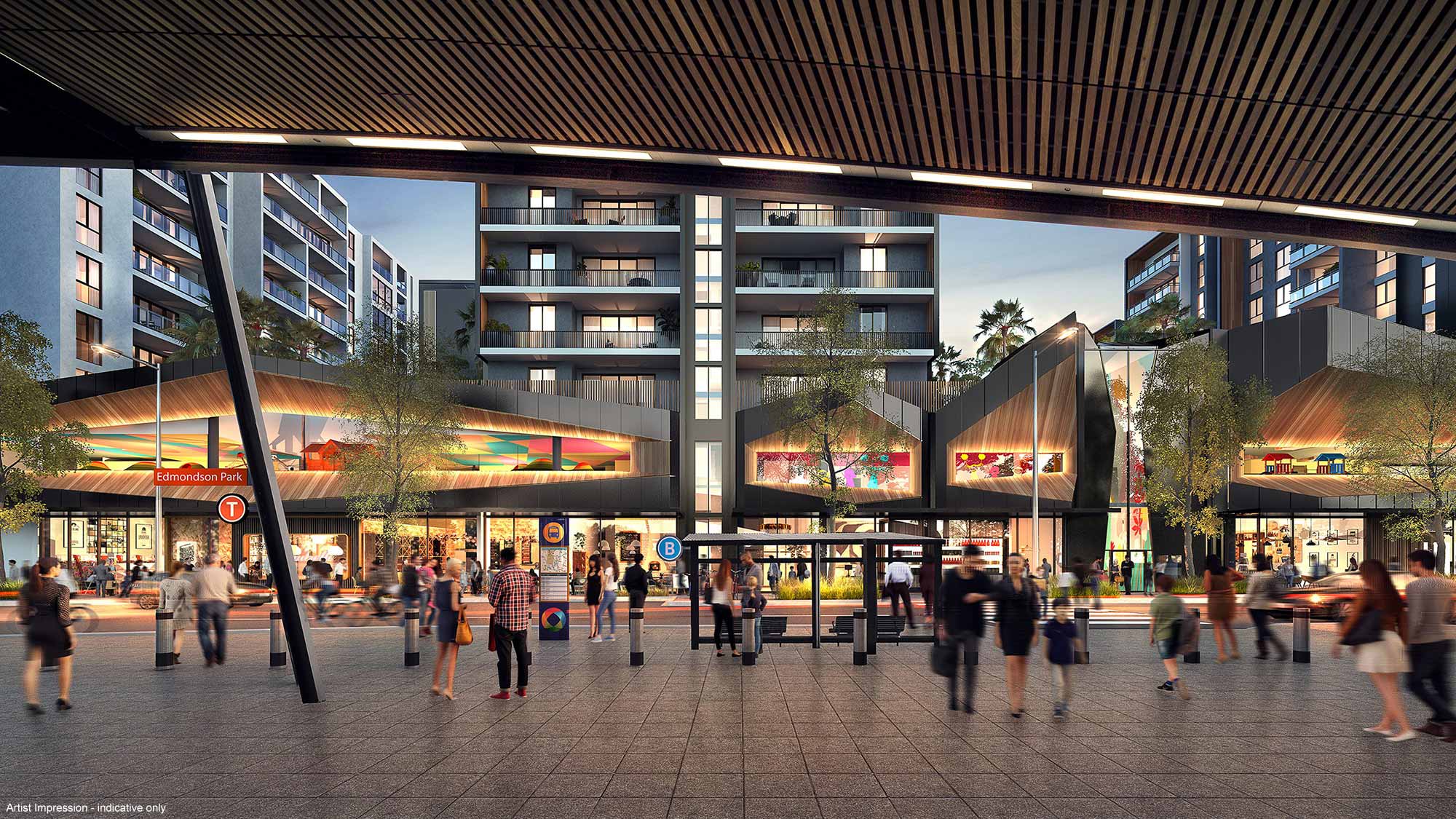 There has been some important progress in recent times when it comes to parking at Edmondson Park train station for commuters, visitors and of course, the future residents of Ed.Square.

People who commute from Edmondson Park train station know that parking has been an issue for some time. We have supported and continue to support Council’s efforts to secure additional commuter parking from the NSW Government.

The NSW Government announced an additional 2,000 commuter car parks at Edmondson Park train station late last year and the plans for the first tranche of 1,000 commuter spaces are now available to the public. The Department’s design for the first of two multi-storey car parks, which will be up to six storeys in height.

According to the proposal, the first carpark building will be constructed on the site of the existing commuter carpark to the south of the train station and the second will be built on the northern side. Subject to planning approval, construction is expected to start around mid-2020 and is scheduled to be complete by mid-2021.

From our perspective, we’re concerned about the impact a six-storey carpark might have in this location given that it is in the middle of a brand-new Town Centre. We believe a three-storey carpark would be a more appropriate outcome for the existing carpark site with a community use on the roof. We previously made a submission outlining our position, however Transport for NSW rejected this alternate design.

Nevertheless our submission, as well as other feedback from the community, will inform the Review of Environmental factors in the planning of this project, so we think it’s worthwhile for the local community to provide feedback.

Separately, Frasers Property has sought approval from The NSW Department of Planning to reduce the number of private, secure, residents-only parking spaces provided for the two-bedroom apartments to be built in the future.

It’s important to note that this proposed change has no effect on commuter car parking. The change refers only to underground spaces available to residents of the two-bedroom apartments, and they are not accessible to commuters.

We’ve found that buyer demand for two-bedroom apartments with two car spaces is subdued. We have therefore proposed to reduce the number of underground, on-site residents’ parking spaces by 74, so as to offer one car space with these two-bedders. This is not only consistent with the RMS guidelines, it also more appropriately reflects buyer demand as well as the walkable design of the Ed.Square community, where all community amenities are within 400 metres of each home.

If the change is approved, there will be over 4,000 car parking spaces at Ed.Square for the Town Centre, residential apartments and townhomes. There will also be an additional 2,000 commuter car parks for the train station.