Favourable weather conditions over the past month has allowed the construction team to achieve substantial progress on the stage 2 construction work currently underway. 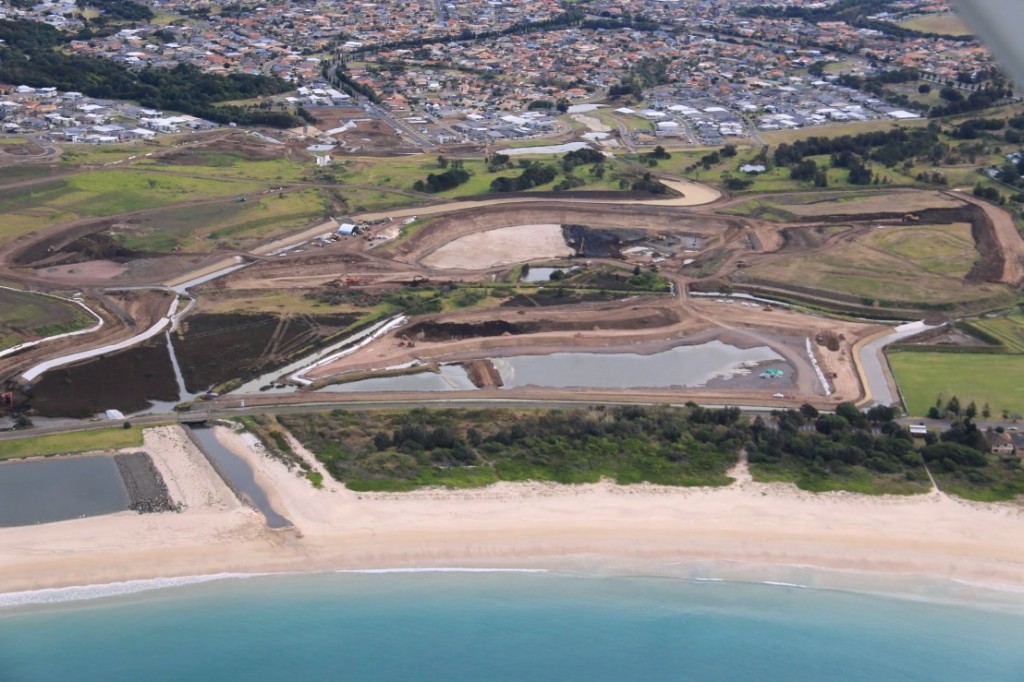 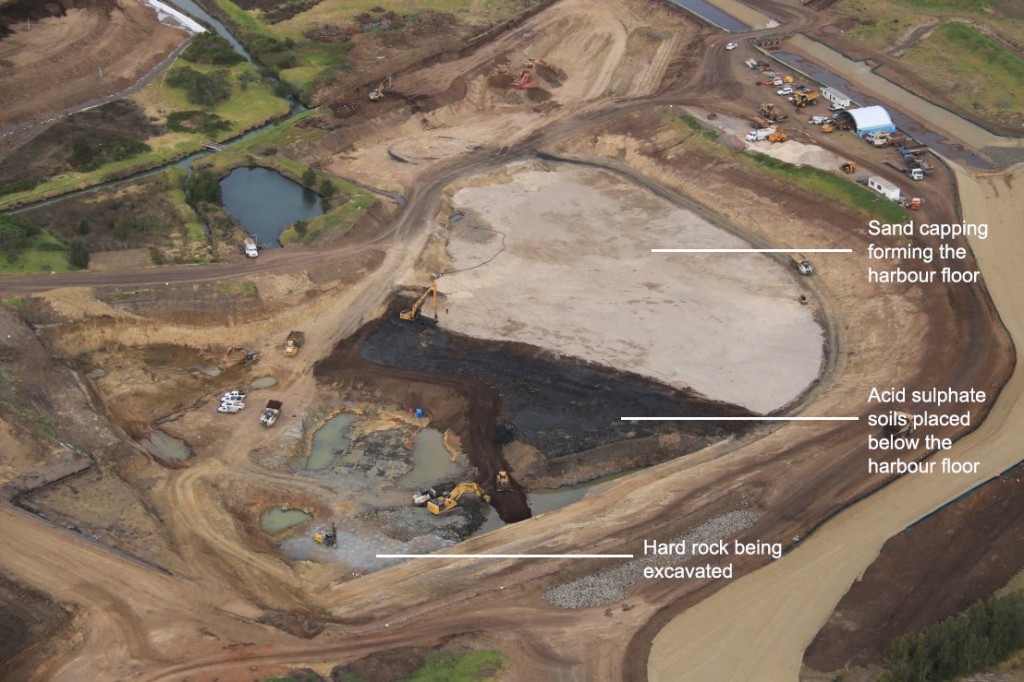 Rock is currently being stockpiled in preparation for the construction of the breakwater and groyne in Stage 3. Over the past three months approximately 55,000 tonnes of rock has been imported from Hanson’s Bass Point Quarry adding to the existing stockpiles to create a total of 160,000 tonnes of rock on site. In addition roughly 12,000 cubic metres of rock obtained from the blasting of the harbour floor has been processed for reuse and will be reused on site for rock backfill, revetment at the harbour edge and for the core of the breakwater and groyne. 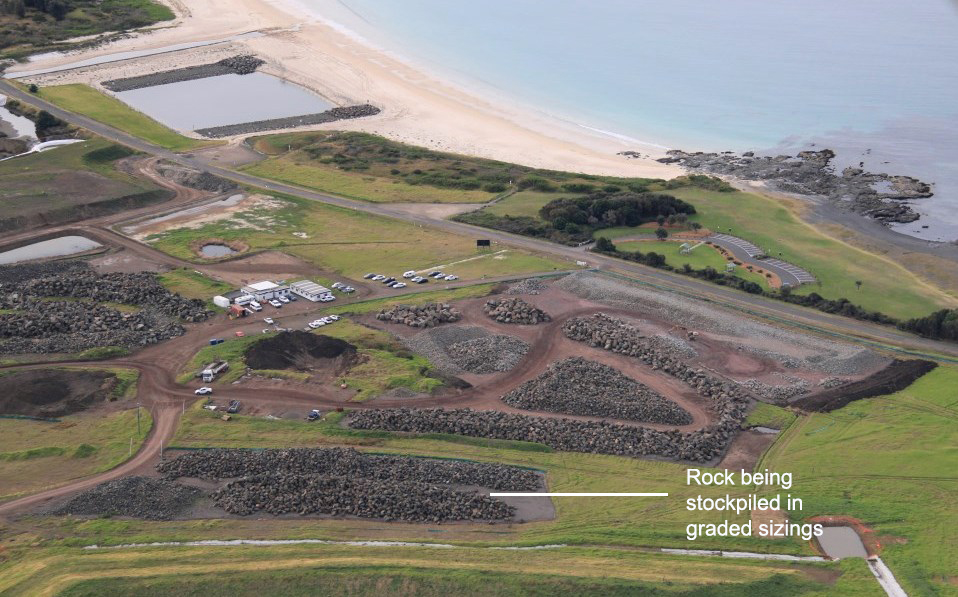 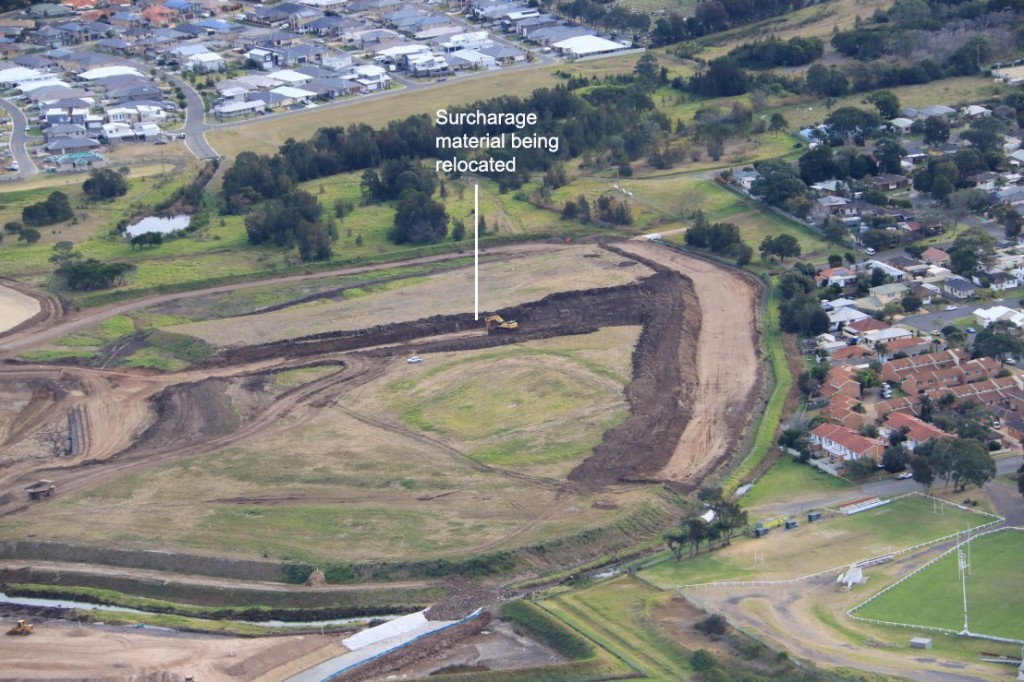 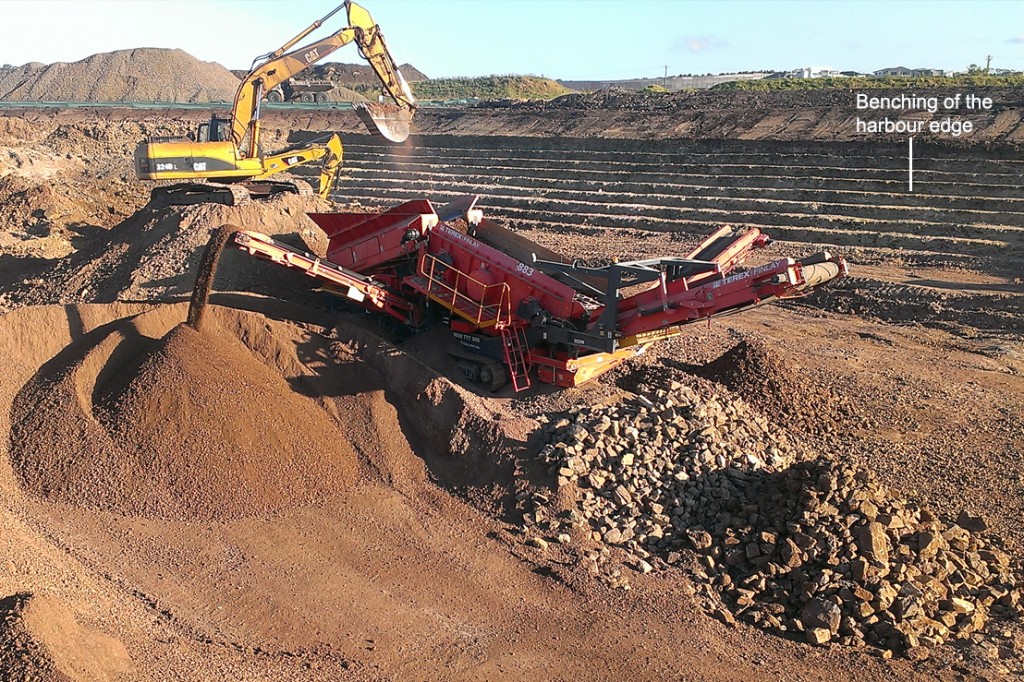